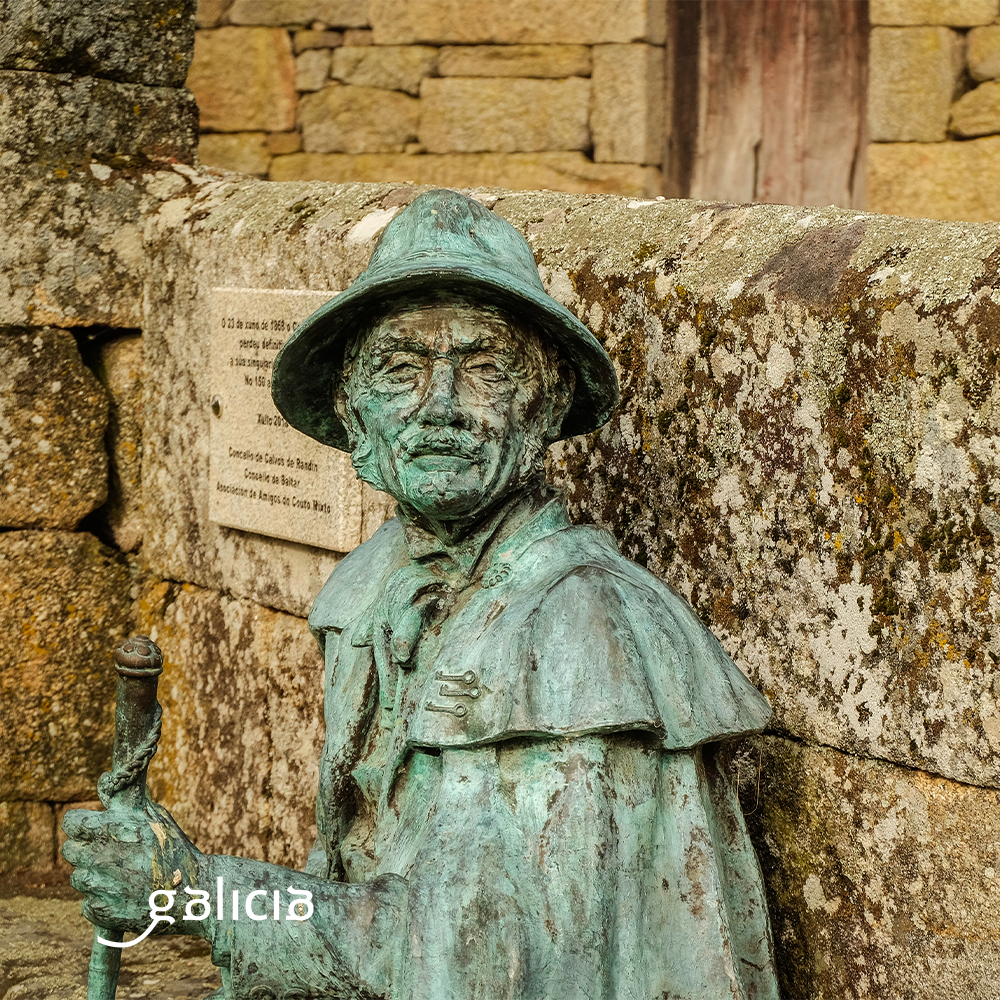 The border between Galicia and Portugal is a fertile ground for history and legends. The memory of old battles and the stories of the times of smuggling are interspersed in a space in which the borders drawn on the map are blurred when they are transferred to physical space. The inhabitants of both sides know this well, precursors of the later processes of understanding and elimination of barriers. In the south of the province of Ourense we also find a territory that boasts its own and differentiated history that allowed it to live for several centuries outside of Spain and Portugal. We are talking about the Couto Mixto.

Three towns currently belonging to two municipalities in Ourense (Santiago and Rubiás, from Calvos de Randín, and Meaus, from Baltar) were the axes of a curious model of political and territorial organization whose origins date back to the 12th century and the independence of Portugal. The emergence of the neighboring state, and a new frontier, and the difficulty of ordering that limit of more than 1,200 kilometers in length known as The Stripe allowed the small area comprised by these three peoples to become a space not subject to the designs of Spain or Portugal, and that survived until the second half of the 19th century.

Constituted in a kind of federal republic, the inhabitants of the Couto Mixto elected a judge or mayor for a period of three years and this in turn appointed a representative (man in agreement) from each of the three towns that made up the territory . Neighbors could decide if they wanted to have Spanish or Portuguese nationality or renounce both and enjoyed exemption from military service, the right of asylum except in the case of crimes of blood, and other peculiarities that turned the area into a territory prone to trade. A route known as the Privileged Path connected the three towns of the Couto Mixto with the neighboring Portuguese town of Tourém.

Its small size and its little population (barely 27 square kilometers and a thousand people) and the poverty of the place caused the authorities of Spain and Portugal to pay little attention to the Couto Mixto for centuries. Its organizational model survived until, in the reign of Isabel II, a dispute began between the two countries to end this territorial anomaly. The negotiations were fruitful in the Lisbon Treaty with the decision to include the Couto Mixto in the kingdom of Spain, thus depriving it of its sovereignty.

But the memory of that unique republic lives on in the area thanks to the recovery efforts undertaken at the end of the last century. The atrium of the church of Santiago de Rubiás (Calvos de Randín), the same setting where neighbors and authorities met to debate and decide on matters of importance to the Couto Mixto, has hosted since 2008 a statue that pays tribute to all judges who presided that small republic personalizing them in the last of them all, Judge Delfín Modesto Brandón. The piece was inaugurated coinciding with the 150th anniversary of the abolition of the Couto Mixto.

Since then, the residents have symbolically recovered the figure of the three Men in Agreement and every year, in July, that same atrium is the scene of a commemorative act in which different personalities are appointed as honorary judges. In addition, the church of Santiago guards a replica of the ark in which the documents related to all the decisions taken by the judge and the three men in agreement were kept. Each of they kept one of the three keys that were required to open the ark, something that was done with great solemnity.

The old parsonage next to the church currently houses an installation that allows us to know a little better the history of the place and that opens the doors to another great point of interest in the area, a space in which the borders between Galicia and Portugal are also blurred. It is the Interpretation Center of the Couto Mixto, also known as the Porta de Calvos de Randín to the Baixa Limia-Serra do Xurés Natural Park, a transboundary natural space that in 2009 was declared a Biosphere Reserve by UNESCO.