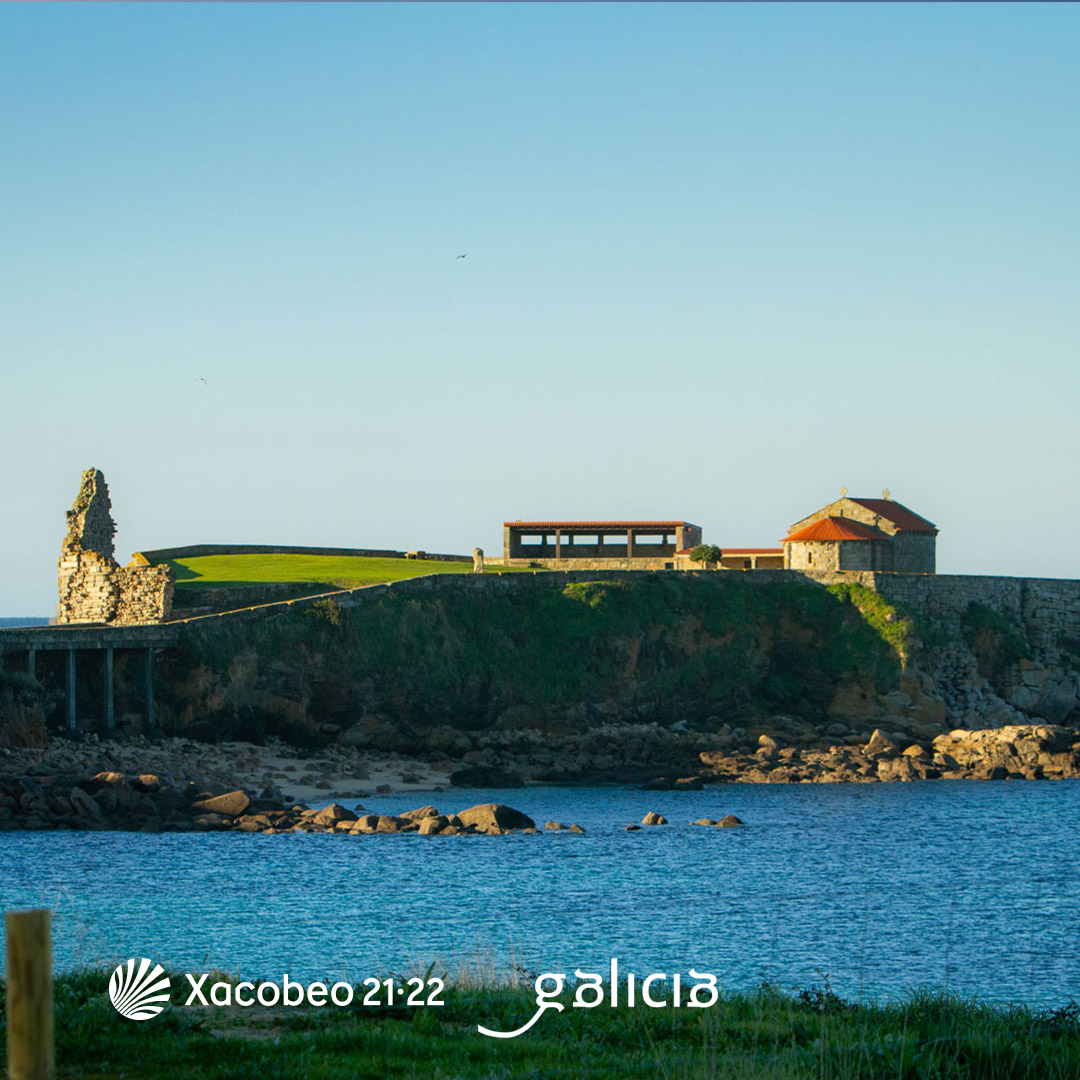 Located on the southwest side of the isthmus that connects the O Grove peninsula with the rest of the O Salnés region, A Lanzada beach attracts thousands and thousands of tourists every year thanks to its natural beauty, its important historical heritage and the strength of its waves, which, not being appeased by the geography of the Rías Baixas, allows the practice of water sports such as surfing or windsurfing.

There are many legends in which the beach of A Lanzada is mentioned, and it is known that the place was one of the most important centers of folk medicine in Galicia until the 50s. Possibly, the proliferation of stories and traditions linked to A Lanzada is related to the fact that it is a place that has been inhabited for several thousand years: archaeological remains were found on the islet in front of the Ermida de Nosa Señora da Lanzada belonging to the Iron Age, and in the same small peninsula (formerly island) that marks the southern limit of the beach, there are besides the aforementioned romanic hermitage, the ruins of a medieval tower that at the time served as a defense against Norman and Muslim attacks. Moving a little further on the mainland, you can visit a necropolis, a celtic castro and some Roman structures.

An important part of the legends that will be discussed below has to do with female fertility, and it is indeed probable that some goddess or god of fertility was worshiped in the area in pagan times. As in many other similar cases in Galicia, these pagan rites would have been later christianized, giving rise, over the centuries, to some of the traditions that persist today.

The best known legend is that of the bath of the nine waves. If a sterile woman who wishes to have children lets nine waves of the Atlantic pass on her belly, the power of the ocean will put an end to her infertility. This bath can only be taken in the area of ​​the beach located next to the hermitage, on the night of the last Saturday in August, when the Romaría da Virxe da Lanzada is celebrated. However, being a popular tradition, not all sources agree; some say that the bath would also be effective at twilight on the night of San Juan, or on a full moon night in August. The ritual is based on the reproductive power of the sea, in this case the ocean. This water-reproduction relationship is also very old, being reflected for the first time in the Galician-Portuguese medieval cantigas. Returning to the ritual, according to tradition, before (or after, depending on the source) bathing, women who wish to end their sterility have to sit or lie down in the Cuna da Santa or Cama da Virxe. These names are given to a group of rocks near the hermitage whose shapes evoke a bed or crib. These rocks are also participants in another legend starring the patron saint of the temple: it is said that the Virgin was long ago stolen from the hermitage by the residents of San Vicente do Mar, a nearby parish, in O Grove. The Virgin returned alone to A Lanzada, under the sea, in her stone bed.

In addition, the Virgin defends against the evil eye the one who, following tradition, sweeps around the altarpiece of the hermitage three times on the day of the romaría. Three coins for the temple, three tours of the chapel, or three Masses also cure the evil eye. Not for nothing is the Virgin of A Lanzada considered one of the most miraculous ones in the area.

Last, the Santa Compaña also passes by the beach. The Santa Compaña is a terrible procession of souls on their way to purgatory, very present (with different versions) in popular Galician and northwestern peninsular mythology. According to the tradition of the region, the souls in pain of the Santa Compaña leave A Lanzada in the direction of the Ons Islands, where they end their procession in the so-called Buraco do inferno (“Hell´s hole”).

These are some legends and stories that fill with mystery and magic A Lanzada, a beach almost three kilometers long in which historical heritage and tradition meet a unique natural beauty, open to the Atlantic.