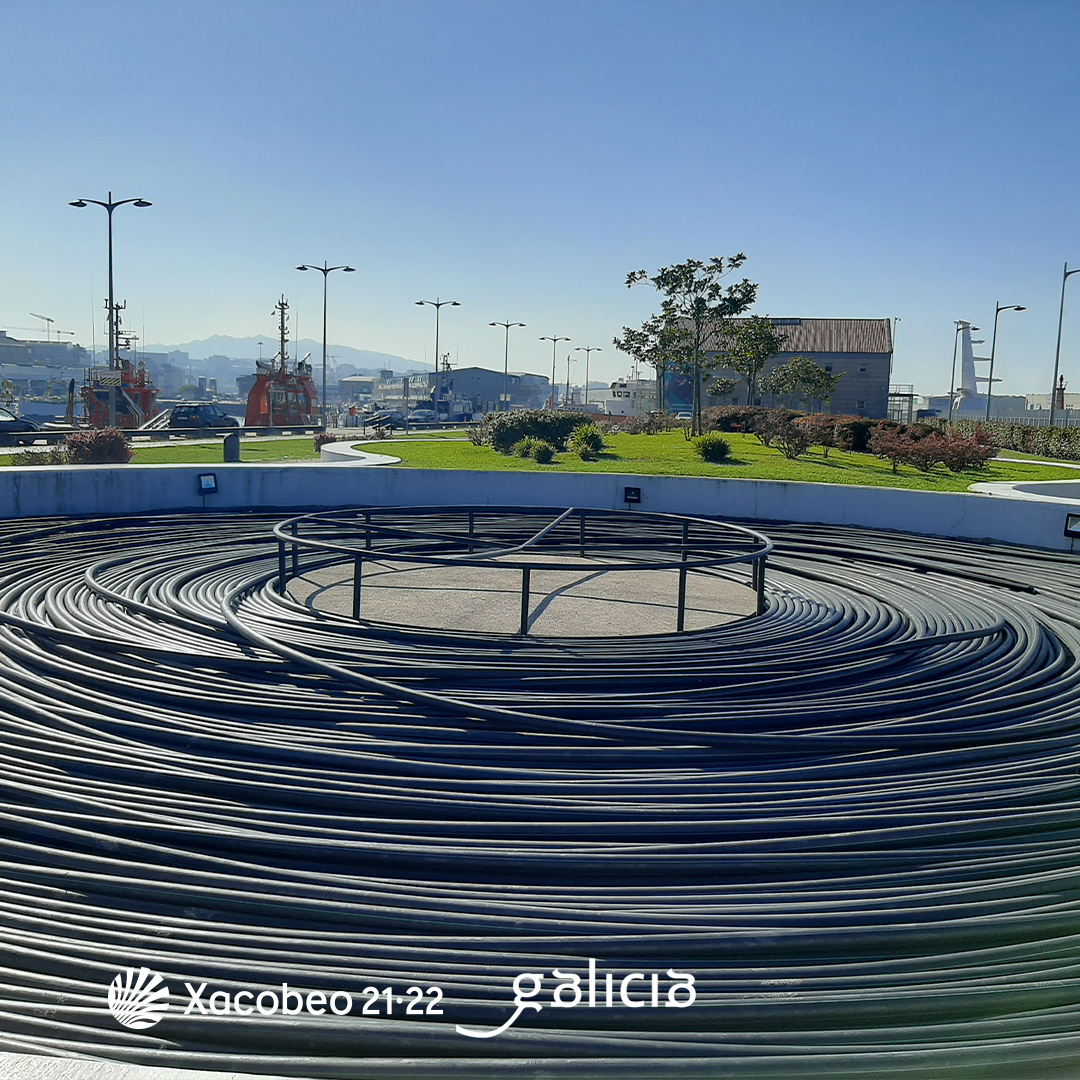 This ( O Cable Inglés “The English Cable”) is the popular name of the Eastern Telegraph Company, a company that, between 1873 and 1969, connected Vigo with England and the world by means of a submarine telegraph cable. The fact that the English Cable chose Vigo as a place to settle marked the history of the city, which became a vital communications center for the management of the vast British colonial empire. Later the German namesake of the Eastern Telegraph was also established in the city: “The German Cable” (which had a much smaller network than that of the competition). Returning to the subject: the offices of the English Cable had a location in the streets Real, of Príncipe, Velázquez Moreno, and finally, in the Plaza de Compostela.

This strategic importance turned Vigo into a nest of spies in the first half of the 20th century, especially during the Second World War (1939-1945), despite the fact that at that time both offices were inactive (the English had cut the cables of the Germans and vice versa). Proof of the value of the information obtained in Vigo in the early 1940s is the fact that R. Mann, head of the English Cable offices during the war, received the Order of the British Empire at the end of the conflict for his work for the Service Intelligence of that country.

The arrival of foreigners to work in the offices of the Eastern Telegraph had a great influence on the culture of the city at the end of the 19th century, since these British people came with their customs and entertainment: they founded one of the first football clubs on Spanish soil (the “Exiles”), and they built social clubs and residences for employees; they also brought tennis and billiards with them. Several of them (English, but also German), married and settled in Galicia. Outside the Cable Inglés there was a clock that the people of Vigo used as a guide to adjust their own, saying that “I keep the cable time.”

The Eastern Telegraph, and to a lesser extent the Deutsche Atlantische Telegraphengesellschaft, were key to the growth and international projection of the port and city of Vigo, which was one of the international communication centers for one hundred years. The impact of these foreign companies was also cultural; Vigo became a cosmopolitan city, one of the first in Spain to receive the new European fashions. Testimony of this period are the cable silo and commemorative gardens, inaugurated in 2014. They are located in the port, in the place where the coaxial telephone cable was previously stored (the one that replaced the telegraph cable, and which in turn was replaced by the current fiber optics). In the gardens, a huge silo loaded with cable attracts all eyes, which has posters that explain the telegraphic past of the city, which speak of that time when a large part of the world’s communications were VIA-VIGO.