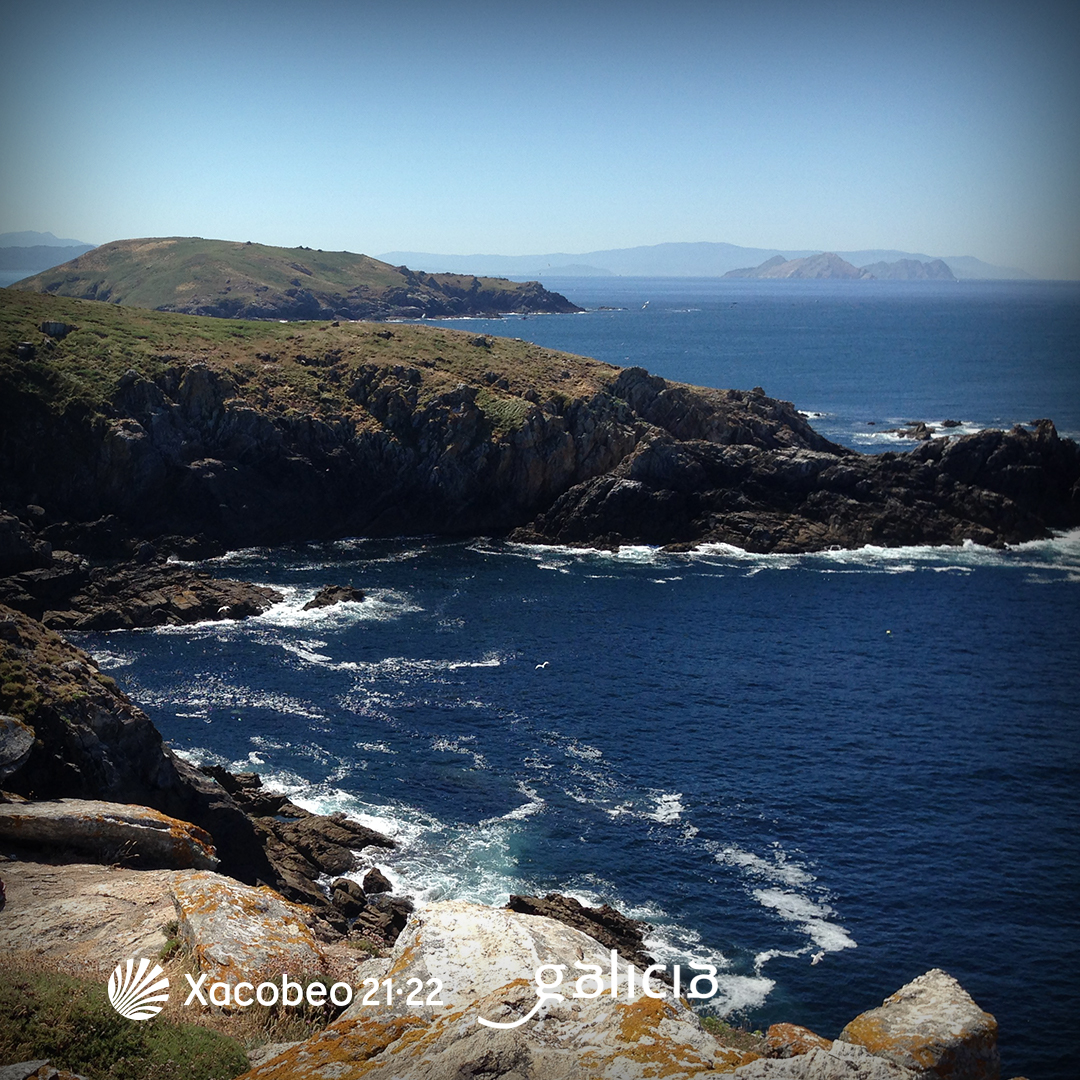 One of the treasures of the Atlantic in Galicia is the island of Ons, both for its ecological value and for its historical and ethnographic value. It is located at the entrance to the Pontevedra estuary, serving as a shelter. It is the largest and only populated island in the Ons archipelago, of which Onza Island and seven more islets are also part. The archipelago, together with those of the Cíes, Sálvora and Cortegada, constitute the National Maritime and Terrestrial Park of the Atlantic Islands of Galicia.

On this island there are places of curious toponymy, such as O Cucorno, Laxe do Crego (Stone of the Priest), Alto de Altura, Punta do Rabo da Egua (Tail of the Mare), beach Area dos Cans (Sand of the Dogs), Miradoiro dos Fedorentos (Viewpoint of the Smelly Ones), or… O Buraco do Inferno (The Hell Hole)! This is the name given to a sinister furna (marine grotto) on the west coast of the island, facing the open sea. For the island people it is not a mere geological whim: it is a special place, which they always had fear and respect for.

The wild force of the sea and the wind designed this granitic cave to which, over time, the top part collapsed, making a direct access from the surface of the island to the bottom of the sea (or from hell?). O Buraco is made up of a 43 m deep chasm, with an X-shaped plan, which reaches the sea through a well and a gallery. At the top of the cliff there is a protective fence, which surrounds the mouth of the chasm, and a viewpoint, from which the channel and the mouth of the lower gallery can be seen. There is also a white cross, in memory of José Luis Herrera Padín, a midshipman from the Escuela Naval de Marín who disappeared in 1963, after falling into the hole during training exercises.

Today the chasm cannot be accessed, since in 2003 there was a major collapse, after a storm, which caused large blocks of stone to plug the entrance channel. There, the water beats very rough and seeps through the cracks between the fallen blocks, making a lot of foam. Inside, a small lake is formed, white by the foam that, with the few rays of light that it reflects, produces a mysterious effect. It seems that these vagaries of nature, specially if you don’t see where they end, lead us to think about the supernatural.

O Buraco do Inferno. And why that name? It is said that, especially in the days of storm, shouts and lamentations were heard that came from the hole, and that they were the souls screaming while being carried by the devil. Elder islanders recall stories of how, when cattle were taken to pasture in the area, the animals would wander away from the hole. Instead, people were drawn to the sound coming from him, in danger of falling inside. When people sent their children with the cattle, their mothers put amulets in their pockets (garlic, St. John’s herbs, bay leaves, seaweed balls) so that the sound would not make the children approach the hole and fall down. There is even a popular song that says: «Dende O Baixial / xa te estou escoitar / pero por moito que berres / a min no me vas levar» (from O Baixial / I’m already listening to you / but no matter how much you shout / you don’t go to take me).

It was also said that when a castaway did not appear, it was because the demon had him trapped down there. Then, the neighbors had to make the «torchlight procession», led by the priest or a meiga (healer), which began at midnight in the cemetery. Everybody was carrying their lit torch and walking along the cliffs until they reached O Buraco. There, they would surround it and say a few words, and then throw their burning torches down the hole below, for the demon to free the corpse. A few days later, he would show up, and could rest in peace.

The old stories of O Buraco always speak of the terrifying screams and wails that came out of it. Today you can only hear the roar of the sea and the echoes of the wind, but no screaming. And this, why? Well, they are no longer heard because guillemots no longer nest in the Buraco or, at least, that is the scientific explanation. On the island, a rich ecosystem of waterfowl, you can see a lot of yellow-legged gulls and European shags, but in the past there were guillemots, and they seem to like furna a lot, and chirping like crazy inside. These delicate birds became extinct on the island in the 80s, and since then, the hole has not screamed.

Anyway, even knowing about the guillemots, the people of Ons always had respect for O Buraco do Inferno. The same as for the Laxe do Crego, an anthropomorphic sarcophagus south of the beach of Area dos Cans, whose stagnant water apparently had curative properties; and for the beach of Melide, where it was said that the Santa Compaña arrived. The land of Ons, with that wild nature and that being out of the world, is very given to legends. Every old people there does know about some encounter with the Santa Compaña…

One last recommendation: please be careful not leaning on the fence. And watch out for selfies too.