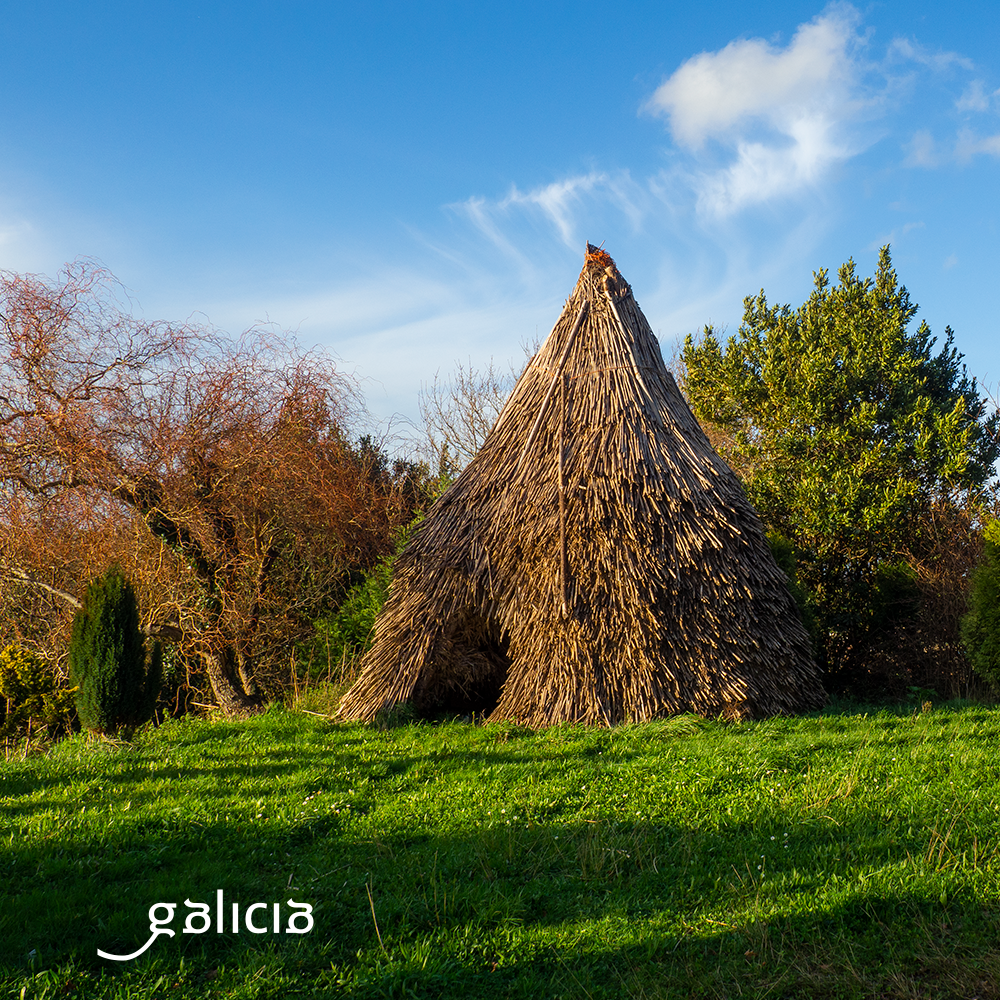 “Cabana, palleira, palleiro, meda”… There are almost more different names that we know that the examples that can be admired today, but in the municipality of Zas they have been working for several years to keep alive the memory of a curious demonstration of the traditional agricultural work that has succumbed to the modernization and the changes of uses in the field: the huts of corn straw.

The structure built in the parish of Carreira thanks to the determination of the members of the association O Santiaguiño allows us to know a rural practice that disappeared several decades ago and also serves as a demonstration of how the lack of means was replaced in others times with simplicity and inventiveness. The main purpose of the “cabana”, which is how the people of Carreira continue to call it, was to protect the own raw material from which it was made serving at the same time as continent and content.

A few wooden sticks stuck in the ground, arranged in a circle and joined at the top to form a conical structure are the skeleton of these constructions that were made at the time of collecting the corn with the straw left over from the process. Grains were the most precious asset of that activity, but the reeds that supported the spikes also had an important value for the farmers because they served to feed the cattle during the winter. As the possibilities of transport and storage were few, the cabins built with the straw became the ideal option to carry out this work since the outer cover kept the inner part protected from the inclement weather. They were, therefore, constructions with expiration date since they were disappearing as the straw was removed so that the cattle could eat.

The elaboration of these cabins, as happened with many other agricultural works, was a collective activity in which different neighbors participated. And by its own shape, with an opening and a hollow space inside, the resulting structure was used by the inhabitants of the place as a refuge when bad weather surprised them working and as a meeting point. Like the “lareiras”, laundries, mills and other places related to rural life, the cabins were also a propitious space to share stories and confidences.

The modernization of the agricultural facilities and the change in the way of feeding of the cattle caused the abandonment of this practice until its almost total disappearance. In Carreira, it was at the beginning of the past decade when they decided to recover this tradition by setting up a new cabin and turning it into a reason for collective celebration and reaffirmation of pride in the rural world. Since then several have already builted for the enjoyment of anyone who go to that parish of Zas. This unique relic of life and work in the rural world awaits there who wants to see it closely.