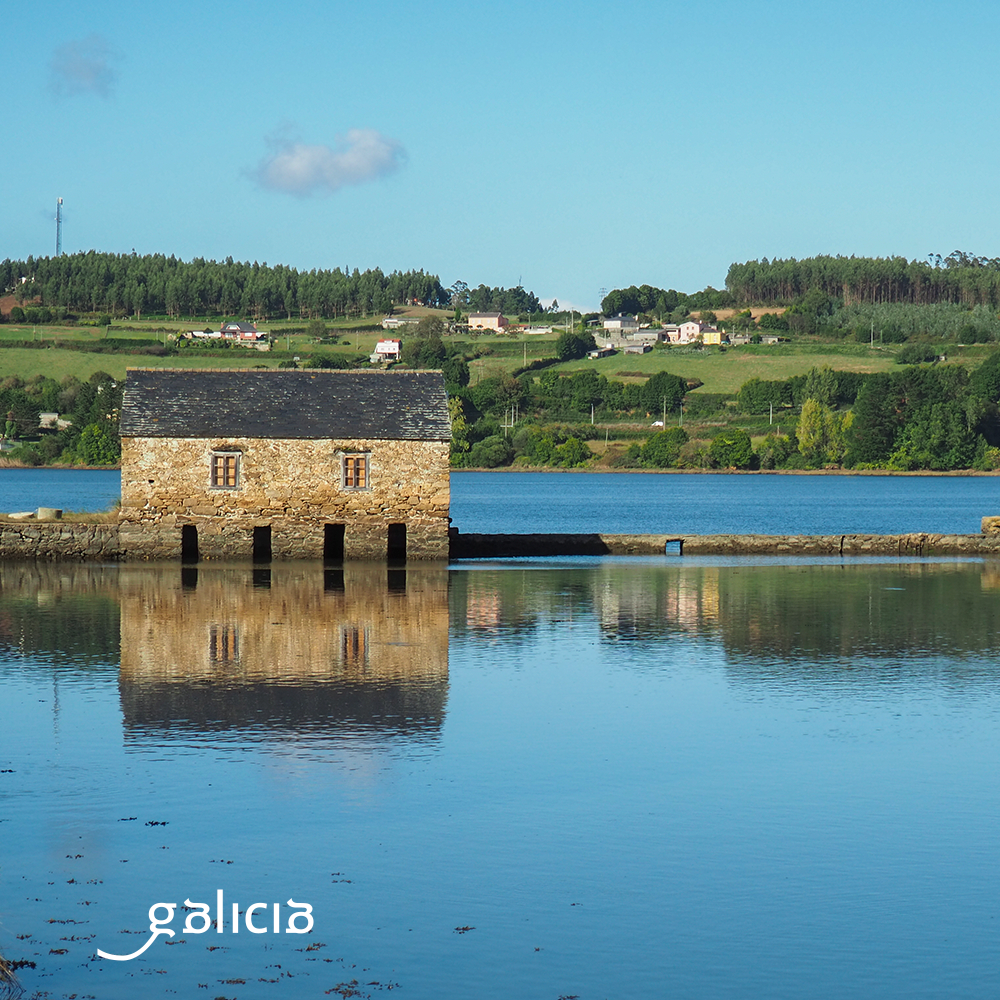 The sea is an essential element in Galicia that has helped shape the life and development of a significant number of localities and its inhabitants. There are many ways in which Galicians have taken advantage of the waters that bathe our coasts, but without a doubt, one of the most unique is related with the tides. The possibilities of motor exploitation that could be extracted from the periodic oscillations of the sea level were already observed in the Middle Ages and this resulted in the construction of the tidal mills at different points of the Atlantic Europe coast along the later centuries.

In Galicia there is still some example of these structures, such as the Mill of Senra, in Ortigueira. Built at the beginning of the last century, this mill was intended to grind cereal grains to produce flour. The construction was erected at the mouth of the Maior river, in the Ortigueira estuary, and included, in addition to the building that houses the mill stones, a dike and a system of floodgates to dam during the rising tide the water that was later used, at low tide, to move it. Its operation was subject to the cycles of the tide, so inside it had beds so that the operators could rest during the waiting hours. As was the case with river mills dedicated to similar tasks, payment was made with part of the flour produced.

The Mill of Senra was built by a migrant returned from Cuba between 1905 and 1910 and was in operation for several decades, until electricity and motors eventually replaced these types of facilities. After many years of abandonment, it was restored a decade ago in order to preserve and publicize its ethnographic value.

The construction is also in a wetland of great ornithological value and has even been enabled in its vicinity a space for bird watching. So a visit to the area allows you to enjoy at the same time a place of interest historical, maritime and natural.

If you want to get there you will find its location at https://goo.gl/maps/X4Lm4LTCt5beL1dN7