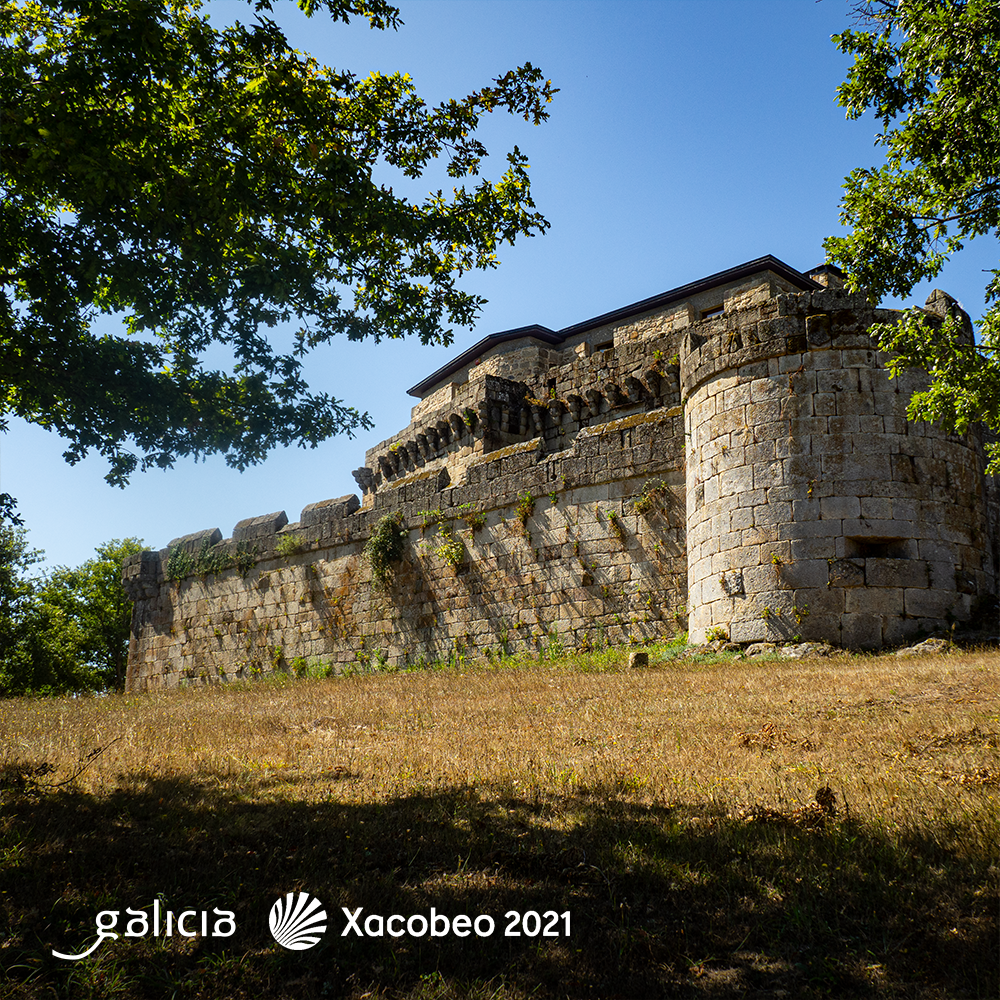 Now converted into a monument hotel, Maceda Castle is another of those fortresses that have stood proudly on some of the hills of Galicia for centuries and that invite us to imagine a time of horseback fights and sword duels. Its origins date back to the 11th or 12th centuries and although its appearance has changed a lot from the original construction to its current refurbishment, the towers it still preserves and its thick walls still reveal the purpose for which it was built.

As with many other Galician fortresses, the Irmandiña Revolt took its toll on Maceda Castle, which was partially destroyed at the end of the 14th century. Once it was rebuilt, over the years its original defensive use gave way to a stately and residential use until culminating in its current appearance, the result of an extensive intervention carried out in the 1990s to repair the effect of several decades of neglect.

The walls of Maceda Castle have witnessed the passing of time and also of several historical figures, such as Joao da Nova, who was born in the fortress in 1460, but who as a child was sent by his family to Portugal fleeing from the Irmandiña Revolt. Settled in the neighbouring country, Da Nova became a famous explorer and was appointed mayor of Lisbon. He would not return to Galicia and died in India in 1509 during one of his journeys. The Novoa family coat of arms that can still be seen on the walls of the fortress of Maceda allows us to continue to remember him in the town.

However, the most illustrious inhabitant of Maceda Castle was undoubtedly the son of King Ferdinand III and Beatriz de Suabia. Born in 1221 in Toledo, little Alfonso was placed in the care of the nobleman García Fernández de Villamayor and his wife, Mayor Arias, and was sent to Galicia to spend part of his childhood. Although other municipalities such as Allariz claim the same status, in Maceda they are no doubt that its lands and castle were the destination of the retinue that accompanied the heir to the throne, and they are certain that the future Alfonso X, who which would be known as The Wise, lived in its fortress until the age of 11. This would be supported by the fact that in gratitude for services rendered, King Ferdinand III granted a villa in Maceda to García Fernández de Villamayor.

It would be during that time when Alfonso X would have come into contact with the Galician-Portuguese language that he would use to write his famous cantigas, so from the municipality of Ourense they proudly claim the crucial role he played in the creation of this important sample of Western medieval literature. Although experts attribute the authorship of many of these compositions to troubadours such as Airas Nunes, there is consensus that some of them are directly attributable to the monarch.

Whether or not he would had been in Maceda and learned the language there or in Allariz, the fact is that it is not difficult to imagine little Alfonso strolling through the woods surrounding the castle or leaning out from the top of its walls to discover just a tiny portion of what would become his future kingdom.