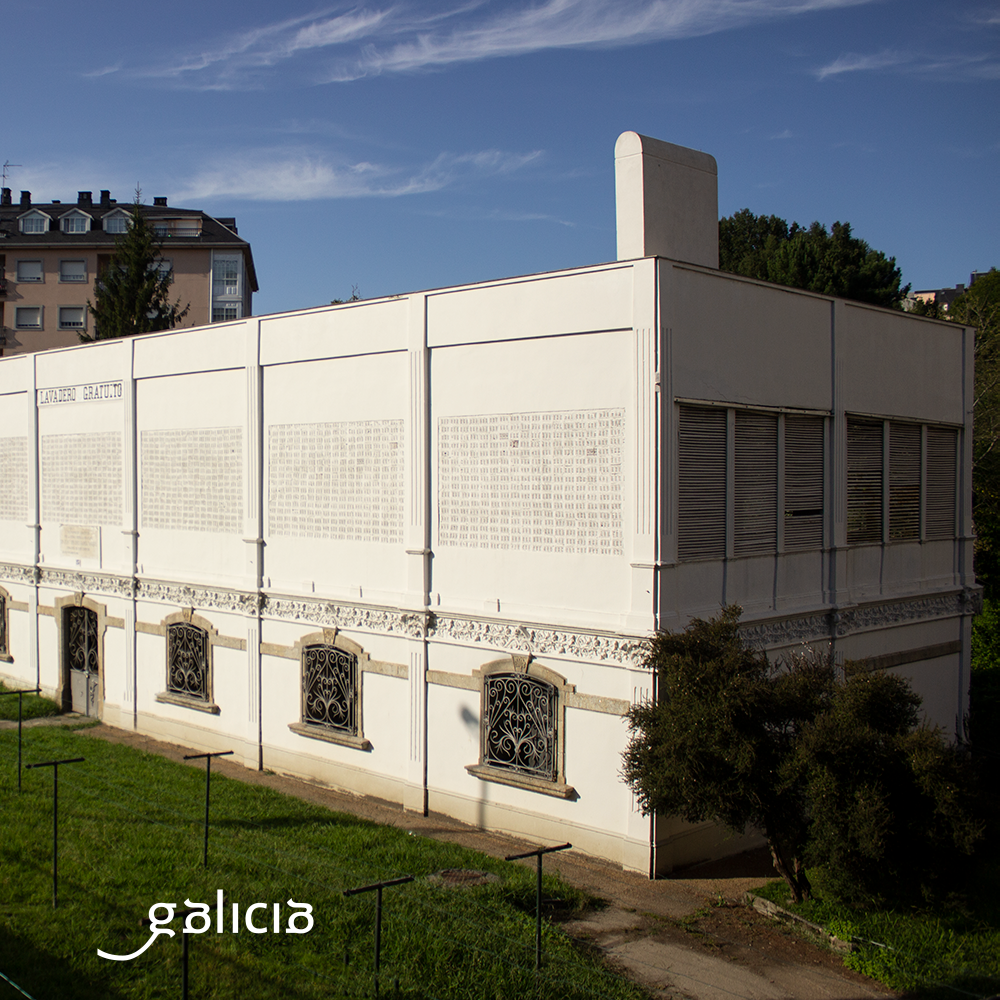 This is the story of 2 brothers who, like many other Galicians, in 1869 decided to emigrate to Argentina. The betanceiros Juan and Jesús García Naveira worked tirelessly and expanded their knowledge to become great men of profit.

They achieved success thanks to the import companies that created and later returned to Galicia, to Betanzos, in 1893 to improve the situation that had led them to emigrate to America. Their main objective was to combat unemployment. To achieve this, they built a series of social buildings, creating jobs for their neighbors.

In 1902 they built the free public laundry on the banks of the Mendo River. It had two rows of laundries, to use depending on the tides, which fit 22 washerwomen at a time.

In 1908, they created the García Hermanos Charity-Teaching Board, with the objective of providing housing, clothing, food and medical care for the elderly, as well as education and teaching for young people. Two buildings were built for it. The school was opened in 1914 and asylum in 1912. The buildings of that time were majestic and very modern.

But their effort to get people out of misery would not remain there. In 1917 they created the Jesús García Naveira School, nowadays converted into a municipal nursery.

Although without a doubt, the great work of the brothers, in which they invested more time and money, is the Park of the Pastime. Its construction began in 1893 and its objective was to capture the experiences of their many trips, so it was conceived as an encyclopedic park. Prehistoric caves, statues of famous writers, clocks marking the hours of the main capitals of the world, ponds, murals carved in relief with the Chinese wall, the Keops pyramid or the Panama Canal, were some of the highlights of this site, forerunner of the current theme parks and which opened in 1914.