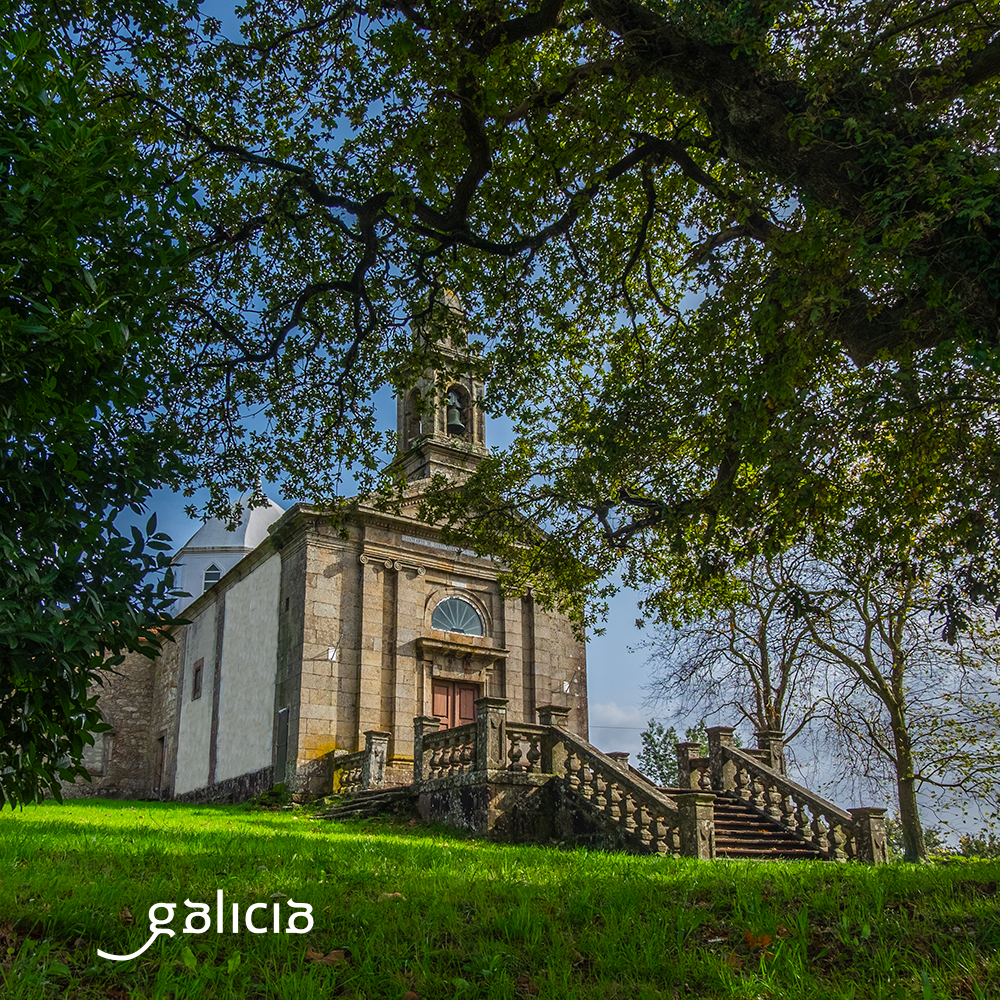 “A cathedral is a very large and important church which has a bishop in charge of it”. That is the denomination of cathedral that can be found in the dictionary. In Galicia we have five of these temples (Santa María, in Lugo; Santa María de la Asunción, in Tui; Virgen de la Asunción, in Mondoñedo; San Martiño, in Ourense, and Santiago, in Santiago de Compostela) to which we also can add Ferrol (San Julián) and Vigo (Santa María de la Asunción) because of their status as co-cathedral since they share headquarters with two of the previous ones. But popular tradition, which does not always adhere to ecclesiastical doctrine, has unofficially gived ones the same category to two churches that have little to do with the preceding.

These are San Xulián de Lardeiros, a church located in the municipality of O Pino, and the hermitage of Santa Eufemia e San Mateo in Vilouchada, located in Trazo. They are two constructions that share the popular nickname of “cathedral of the mountain” and several other elements that make them places worth visiting. In both cases, this informal title has its origin in the fact of presenting dimensions and aesthetic characteristics that are not usual for the rural environment in which they are found.

There are those who point out that it was the historian Eugenio Carré who coined the term of mountain cathedral for the chapel of Santa Eufemia and San Mateo de Vilouchada and the truth is that whoever approaches there amaze when he begins to glimpse it among the oaks. The building, in a neoclassical style, was built in the 18th century with later additions in the 19th and 20th centuries and their most characteristic elements are the triangular pediment that presides its facade, the monumental staircase that takes us to its door and the octagonal dome that crowns the cross.

The oak grove that surrounds the church not only provides a beautiful setting, but also serves as an ideal setting for the pilgrimages that take place twice a year in honor of the saints to whom the temple is dedicated: on September 16th, with reason for Santa Eufemia, and only a few days later, on the 21st, by San Mateo. They are two days in which the religious cult coexists with the festive atmosphere, music, dance and with a couple of rituals related to other elements that are in its vicinity: The cross is part of the procession route and the source and the Hips Stone are a common place of visit for those who want to overcome rheumatism or sterility.

Religion, nature and celebrations also coexist in the cathedral of the mountain of O Pino. From the City Council they explain that this nickname with which the church of San Xulián de Lardeiros is known is due to its dimensions and its beauty. As the Vilouchada chapel, its silhouette surprises the visitor who arrives for the first time until this temple located not far from one of the two pilgrimage routes to Compostela that cross the municipality of O Pino: the Northern Way. The church, from the 17th century and baroque style, is framed by a small stone wall that closes its careful atrium, and in one of the corners of the enclosure you can see a centenary olive tree. A couple of benchs invite to the visitors to take a seat under its shadow and enjoy a place whose picture completes a beautiful cross dated in 1700. This place is also the scene of festive events, since in the parish they celebrate the corpus, the last Sunday of July, and San Ramón, at the end of August. In addition, the church of Lardeiros is one of the main visits of the route designed from the Concello de O Pino to give or know the northern part of the municipality and that has been baptized as Cultural Route of the Mountain.