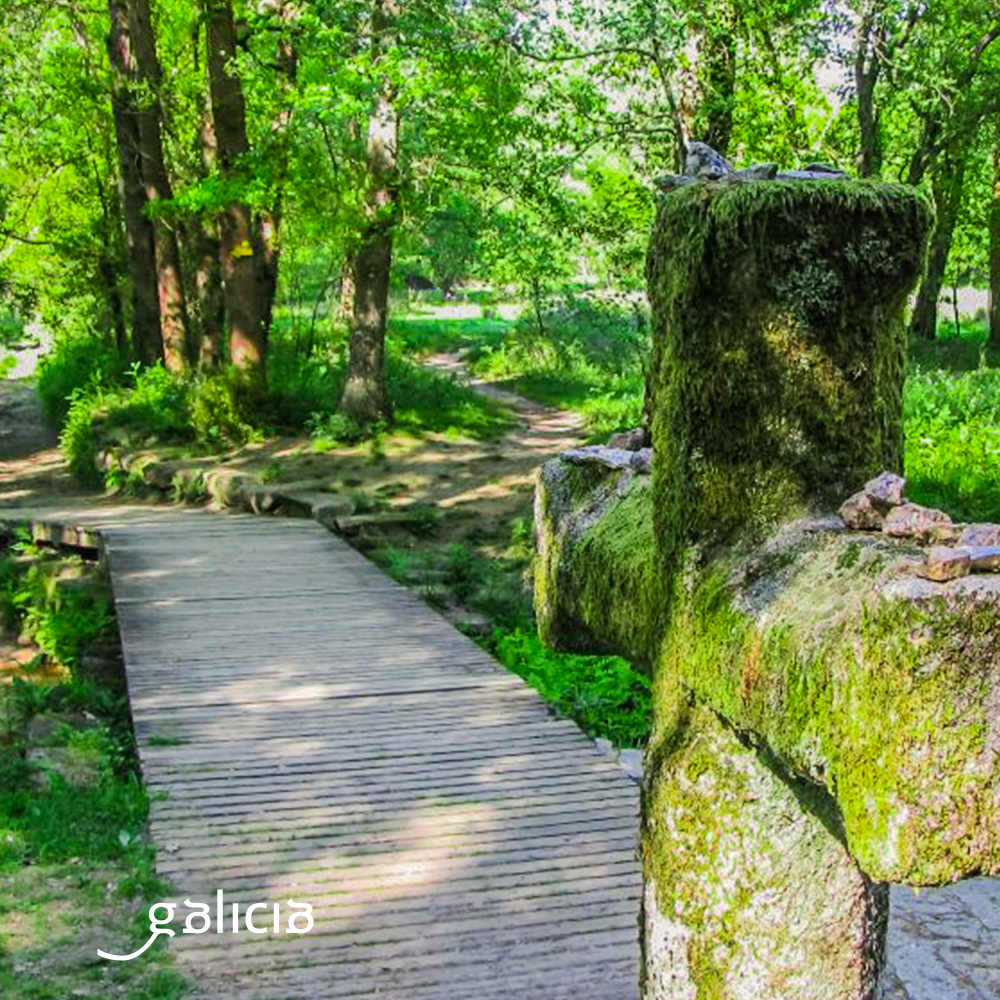 The Tui International Bridge is one of the most emblematic elements of that historic town due its characteristic silhouette, with its metal structure, and the importance that since its inauguration (in the late nineteenth century) had as a link between Galicia and Portugal. Its fame was further enhanced by the erroneous popular attribution of its design to the famous French engineer Eiffel or one of his disciples. But this is not the only Tui viaduct that has its own history.

A few hundred meters from the Miño riverbed is Ponte das Febres (Fever Bridge), a small raised step to cross the San Simón river. Also known as San Simón Bridge, the first denomination is due to a success happened in that place almost 8 centuries ago.

According to a stone slab placed in its vicinity, San Telmo fell ill there in 1251 when he was walking to the tomb of Apostle Santiago. San Telmo was taken back to Tui, where he died shortly after. His remains rest in the Cathedral of Tui and today San Telmo is the patron of the town. “Walker, here San Telmo fell ill in April 1251. Ask him to speak with God on your behalf,” you can read in the monolith. Although according to another version of the story, San Telmo was already sick when he undertook his pilgrimage to Compostela and when he arrived at the bridge he got worse, so he had to return to Tui.

The bridge, with a single stone arch, has been conditioned with a wooden structure to facilitate the transit of the pilgrims who walk the Portuguese Way. In its vicinity there is also a small metal drawer in which walkers can leave their requests to the saint.