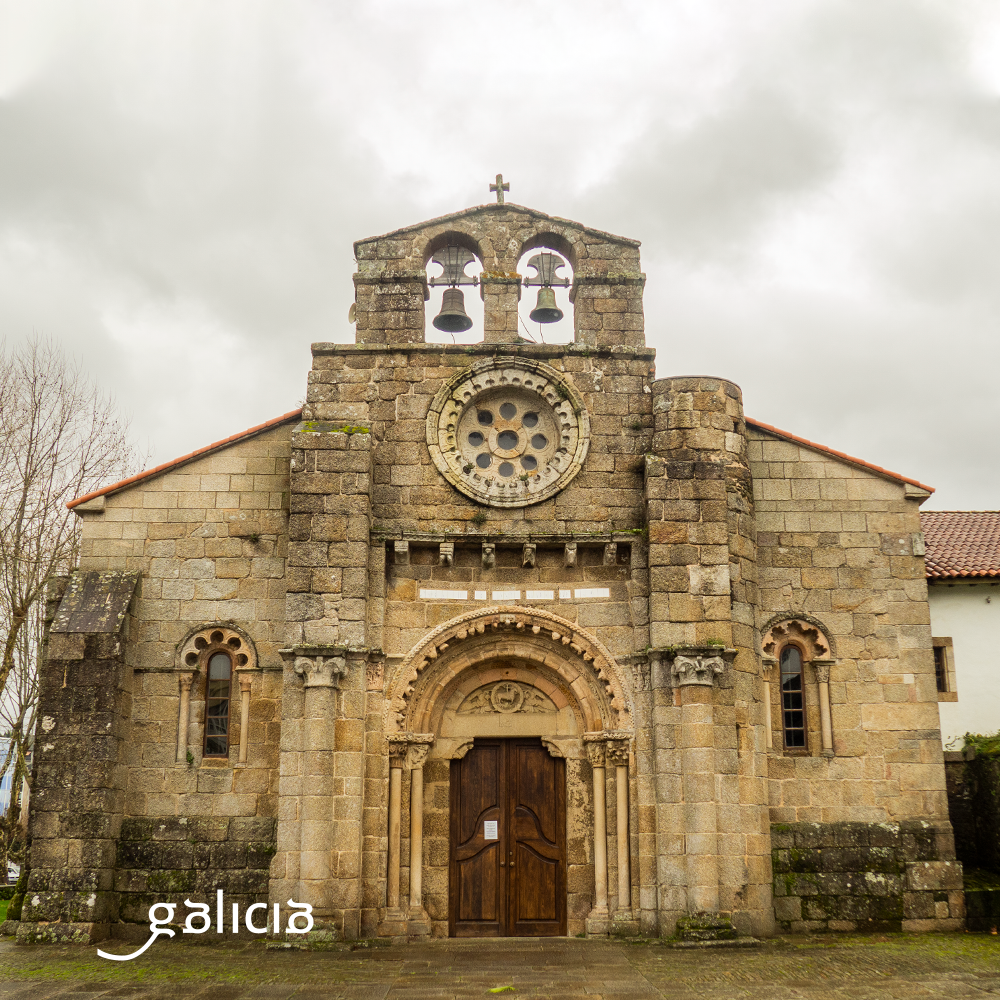 As with other historical buildings in Galicia, it is difficult to specify the exact origins of the church of Santa María de Cambre. The temple, located in the center of the town and framed by a beautiful garden, has reached our days as a leading example of Galician Romanesque art and although the construction of its current facade and part of its sheds began in the 12th century, the history of the place dates back several centuries. Some people even say that it could have been built on a previous Roman building, but the truth is the first reference to the existence of a religious construction in the place dates back to 932.

A document dated that year certifies the donation by two brothers, Gutier and Aloito, to the monastery of San Paio de Antealtares (Santiago de Compostela) of the monastery of Santa María de Cambre, which had been founded and built by his father, Aloito, and his sisters, Vistiverga, Urraca and Odroacia. The later church therefore remains as a legacy of that first precinct and as a depository of a history full of legends and singularities.

In this last section, for example, we could frame the semi-hidden inscription in an interior arch that attributes its construction to Michael Petri, something unusual for a time when the work of artisans was anonymous. Subsequent interventions in the temple, with the incorporation of the rotation and the five apsidal chapels have led to the site being classified as the only parish church in Galicia with a cathedral structure.

The Templars also leave their legacy on the church of Santa María de Cambre. The knights of the famous religious order had an important presence in the current territory of Cambre and neighboring municipalities since they controlled the O Burgo bridge and the fortress built there whose only vestige is the aforementioned viaduct and the parish church of Santa María do Temple. The Templars provided help to the merchants who disembarked their merchandise there and to the pilgrims who began their route to Compostela. And they are responsible for the presence in the church of Santa María de Cambre of one of the main relics that is kept inside: the Hydra of Jerusalem or Hydra da Caná. According to tradition, the piece is one of the baptismal piles that were used by Jesus Christ to convert water into wine at the wedding at Cana and could have been moved by the Templars from Jerusalem to the Temple, first, and to Cambre, later.

To that border territory between history and legend also belongs the story according to which, under the altar of the church of Santa María de Cambre, a secret passage is hidden. They say that this underground road reaches the remains of the Castro de Cambre, located not far from the temple. It would be intended to provide an escape route to the monks of the old monastery in case of danger. The place did not remain indifferent to some convulsive episodes of history: the English, at the end of the fourteenth century, and the French, at the beginning of the nineteenth century, attacked and burned causing significant damage.

A few years later the monks would leave the place, but the parish church still awaits us today inviting us to remember the past while enjoying its artistic and architectural heritage.