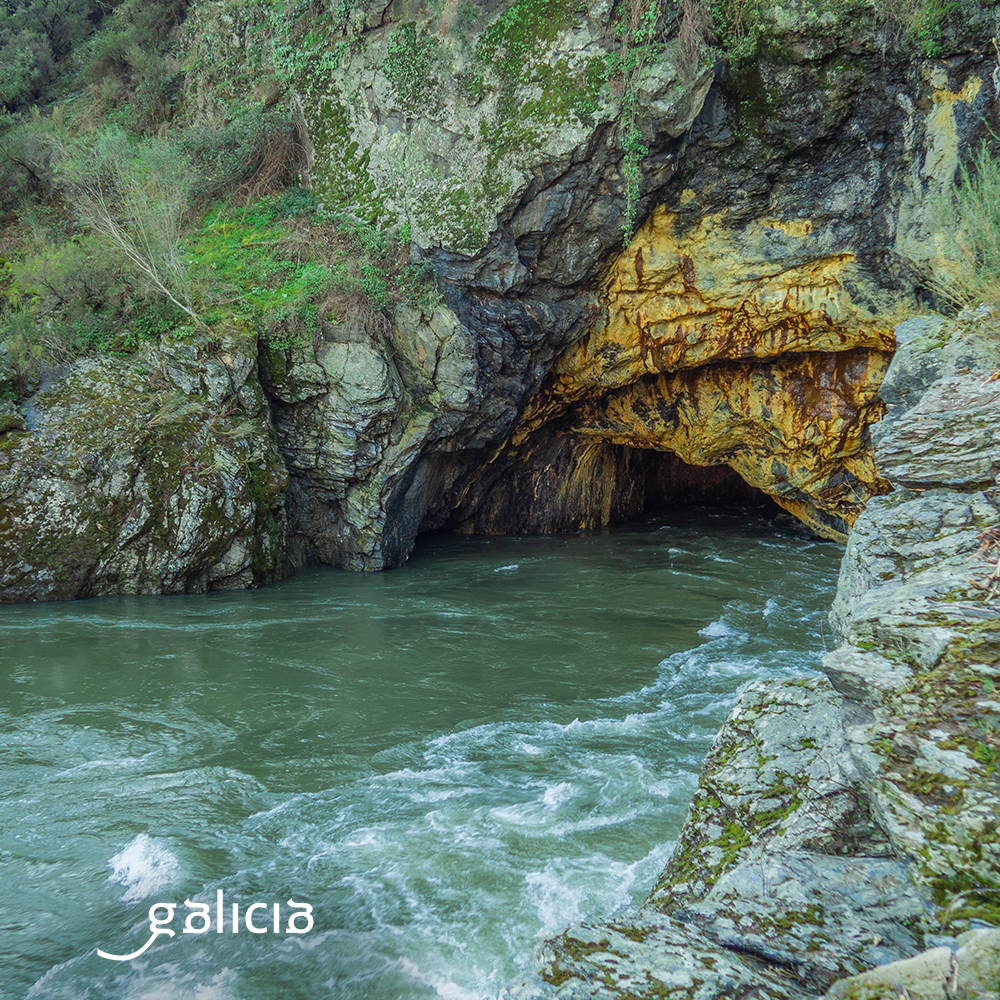 The traces of the Roman presence are still visible in many places of Galicia in the form of constructions of various kinds: bridges, remains of roads, camps and mansions and, surely, the most emblematic of them all: the Lugo Wall. But these lands keep another representative testimony of that era that serves to understand the commitment and technical capacity of that people. This is the Montefurado tunnel, a passage that led to the Sil river diverting its course to cross a hillside.

Located in the Lucense municipality of Quiroga, this tunnel dates back to the second century, at the time of Emperor Trajan, and is another example of the importance that the gold industry had already in Roman Empire times. The gold rush led them to dig mountains in search of the precious mineral, radically modifying the landscape and overcoming all kinds of obstacles. Even the powerful riverbed like the Sil did not prevent them from carrying out their plans, as Montefurado reminds us, beginning already by his own name that means dug mountain.

It was the desire to extract the gold that was hidden in the sandy bed of the great meander that the river traces in the area that led the Romans to project a way to divert the channel and thus undertake an engineering work unparalleled nowhere else in the Empire. Its dimensions continue to amaze today whom contemplate it from the margins of modern roads or, better yet, from places like the Anguieiros viewpoint. The figures speak for themselves of the magnitude of the work even though a landslide occurred in 1934 due to erosion caused by a large flood of the river significantly reduced the size of the tunnel. It currently has a total length of 52 meters (compared to 120 meters of the original layout) and an average height and width of around 20 meters. The water depth is around 12.5 meters although it varies depending on the rains and the river flow.

It is believed that the tunnel was excavated by a technique that consisted of applying fire on the rock to heat it and then cooling it abruptly with water to cause breakage due to thermal change. Then, with the help of metal tools, the slate plates were broken and removed. There are no known specific data on the development of the works, but some researchers argue that the Roman camp from which they were supervised was installed in the village of Sesmil and there are those who defend that the origin of that place name would have to do, precisely, with the detachment size located there (Sesmil would be a variation of Seismil, SixThousand).

The event of 1934 not only collapsed part of the tunnel and caused the Sil to temporarily run back through its original channel. It also caused that the remains of the fortress that were in the area, the castle of Pena dos Corvos, to be lost. New river spates and some small landslides have aroused in recent years the voice of alarm about the need to preserve this prodigious work that continues to allow us to travel back in time.