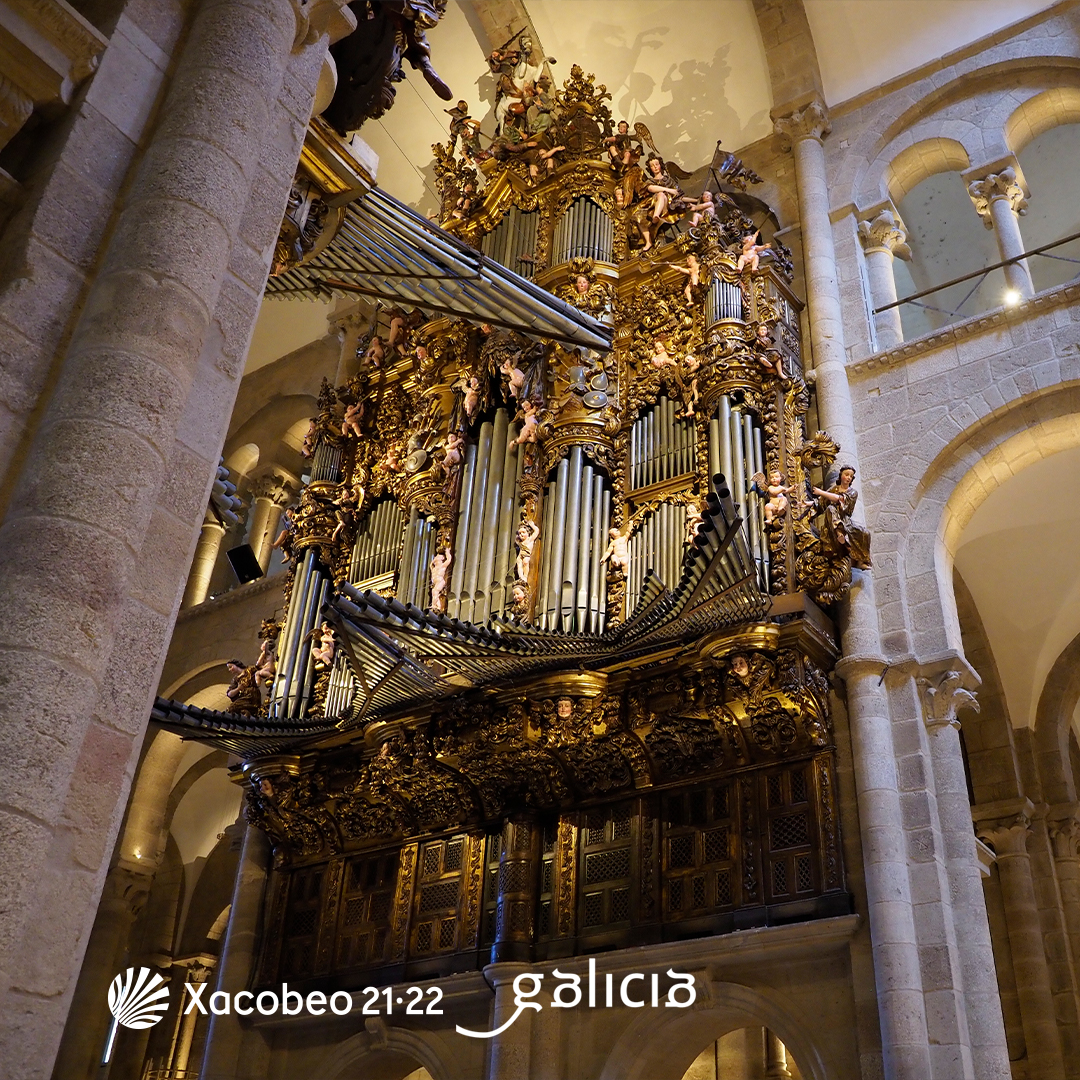 The organ was introduced into the church in the 14th century, becoming the liturgical instrument par excellence. If we combine the acoustics of the temples with the music that comes from the pipes of an organ, we understand why there were so many and they were so important. But, with the passage of time, they began to abandon themselves. The lack of demand meant that there were fewer and fewer organists and organ players, with which the instruments that remained standing, unattended, began to fall silent.

In Galicia we had a splendid organistic past, of which we only conserve about a hundred organs, and most of them are silent. Since they began to be cataloged and revalued as an important part of our musical historical heritage, we know more about them and, luckily, some are recovering their voice.

Although there were already organs in the Middle Ages, the oldest that are preserved are from the 18th century. Until the middle of the 19th century, organs were built in cathedrals, collegiate churches, large rural monasteries, those in cities, in some parishes of cities of some importance, mainly on the coast, and in some renowned sanctuaries. At the end of the 19th and 20th centuries, they were also made for the parish churches of the most prosperous cities (A Coruña, Vigo Ourense …). Outside the religious sphere, A Coruña has the only organ in Galicia in an auditorium, at the Barrié de la Maza Foundation; Vigo has the only cinema organ, at the old Fraga cinema and, Ourense has the only study pipe organ, at the conservatory.

The Cathedral of Santiago was a great center for organ builders and organists from the northwest of the peninsula (they also worked for Portugal, Asturias and part of Castilla y León). Almost all organists in Galicia were trained for a season in the cathedral. In it, only the boxes of two facing twin organs are preserved (the first of this type known), from the early 18th century, built by the organ builder Manuel de la Viña and remade in 1977.

In the cities near Santiago there were also organs in the collegiate churches. The baroque organ of the former collegiate church of Iria-Flavia, today the church of Santa María la Mayor, made in 1780, is one of the most unique in Galicia, and was recently restored.

Two organs with different boxes are preserved in Lugo Cathedral. The oldest is from the 18th century. International organ festivals are held there every year.

Mondoñedo Cathedral has two magnificent organs from the early 18th century. In its area of  influence we find two of the best historical organs in Galicia: those of the church of San Salvador de Vilanova de Lourenzá, built between 1762 and 1765. They are the work of the compostelan organ builder Alberto de la Peña (that of San Paio de Antealtares) . They are twins, although one has fewer records than the other. Despite being very deteriorated by the passage of time, they retain much of their original material, which makes them have a unique value.

The Cathedral of Tui also has two organs in twin boxes, although only one is operational. The boxes are from the early 18th century and one of them was recently rebuilt. The cathedral offers a varied musical program throughout the year.

The province of Ourense is the one that preserves the most organs in all of Galicia (22). The cathedral houses an organ from the 18th century by the famous organ builder by Xeve Frei Simón Fontanes, but the one that is preserved is from the 20th century. It has another baroque, smaller, and renovated.

Another important organ in Ourense is that of the San Salvador de Celanova monastery, built by the organ builder Frei Felipe de la Peña in the 18th century which, after several unsuccessful interventions, was rebuilt in the 21st century.

The collegiate church of Santa María a Real, in Xunqueira de Ambía, boasts the only Iberian organ in Spain preserved with all its original pieces. It was built by Manuel González Maldonado in 1763 and restored in the 20th century. The Organ and Ancient Music Cycles have been held during the summer since 1989.

Knowing our organ heritage makes us appreciate it. And not only the objects themselves, as relics, because it must be remembered that, above all, organs are instruments, and the best way to preserve an instrument is to play it.

In this sense, the creation of the organ teaching position at the Professional Conservatory of Music of Ourense (the only one in all of Galicia) was fundamental. Since 2004, our quarry of organists has been formed there. And, just as in the past the organs demanded professionals to play them, now they are the ones who demand organs and adequate spaces to play.

This also creates a growing audience. There are more and more organ music festivals, cycles, concerts, international meetings… There are also educational and musical routes visiting the organs of the monasteries, a way to boost sustainable tourism in small villages that had a memorable musical past.