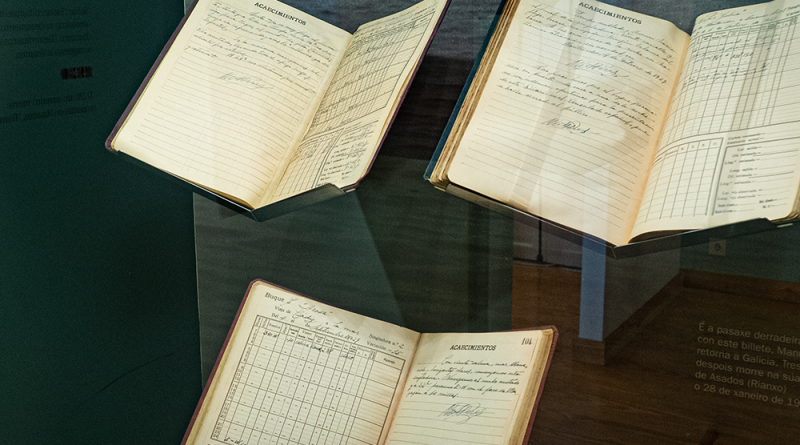 On July 12, 1900, one of the most important poets of Galician literature was born in Rianxo. A little more than a hundred poems were enough for Manuel Antonio to become a reference of the literary avant-garde in Galicia. His premature death, at only 29 years of age due to tuberculosis, deprived us of a greater legacy, but did not prevent his figure from achieving unanimous recognition and the author, acclaimed as the poet of the sea, was honored in 1979 with the Día das Letras Galegas (Day of Galician Letters). In Rianxo, cradle of other illustrious intellectuals such as Castelao and Rafael Dieste, his memory is still very much alive, as it is also in the heart of the Arousa estuary and in the city of Vigo.

The town that is the repository of his legacy

This year marked a decade since the inauguration of the Manuel Antonio House Museum in Rianxo. As the plaque placed on the façade of this building located in Rúa de Abaixo reminds us, it was there where Manuel Antonio was born in 1900, where he lived until he was two years old and where he spent several seasons until his death in 1930. Old photographs of the town transport the visitor to the Rianxo of Manuel Antonio’s childhood and youth and open the doors to the environment in which his life and work developed. All kinds of objects that the poet kept since his childhood, texts, letters and other diverse materials, as well as audiovisual contents allow an approach to the author of “De catro a catro”.

But the House Museum is not the only place with which the town of Rianxo has wanted to remember and pay tribute to Manuel Antonio. The poet gives his name to the promenade that accompanies the seafront of the town and his bust is present in the adjoining garden. The sculpture, work of the artist Ramón Conde, was placed 21 years ago, on the centenary of the birth of Manuel Antonio and during that same day the council proceeded to declare him a favorite son of the town.

Another commemorative plaque also remembers him in the rianxeiro municipal cemetery, next to the tombstone that marks the grave where the remains of the famous poet rest together with those of his father, who also died prematurely from tuberculosis when Manuel Antonio was only 4 years old.

The awakening of commitment

The city of Vigo played a crucial role in Manuel Antonio’s life and work. He moved there in 1919 to study nautical studies and it was there that his commitment to the literary avant-garde and the politica became more evident after coming into contact with the main representatives of Galicianism of the time. “Vigo está tan lonxe / que se desorientan as cartas mariñas” (“Vigo is so far away / that sea charts are disoriented”) he wrote in “Lecer”, one of the poems of his work “De catro a catro”, as the plaque placed on the façade of the building in Paseo Alfonso XII where Manuel Antonio lived until 1923 shows. From there he could see a wide panoramic view of the city and the estuary that perhaps served as a source of inspiration for some verses. In addition, the poet rianxeiro gives its name to one of the educational centers of the city of Vigo: the Integrated Job Training Center Manuel Antonio, heir to the old Labor University of Vigo founded in 1976.

In 1935, on the occasion of the fifth anniversary of Manuel Antonio’s death, a group of intellectuals from Vilagarcía de Arousa proposed to erect a monolith in memory of the poet. Their proposal had the support of prominent personalities such as Castelao and Filgueira Valverde, although it did not materialize. Eighty years later, the project was taken up again and materialized in a place full of symbolism. “Manuel Antonio. Poeta do Mar, 1900-1930. Vilagarcía, 1935. Rianxo, 2015” can be read on the small monolith placed on the Illa Malveira Grande, in the archipelago of Cortegada, a small piece of land bathed by the sea that inspired Manuel Antonio’s verses. The characteristic star with which the poem adorned some of his notebooks presides over this piece located in the heart of the Ría de Arousa.