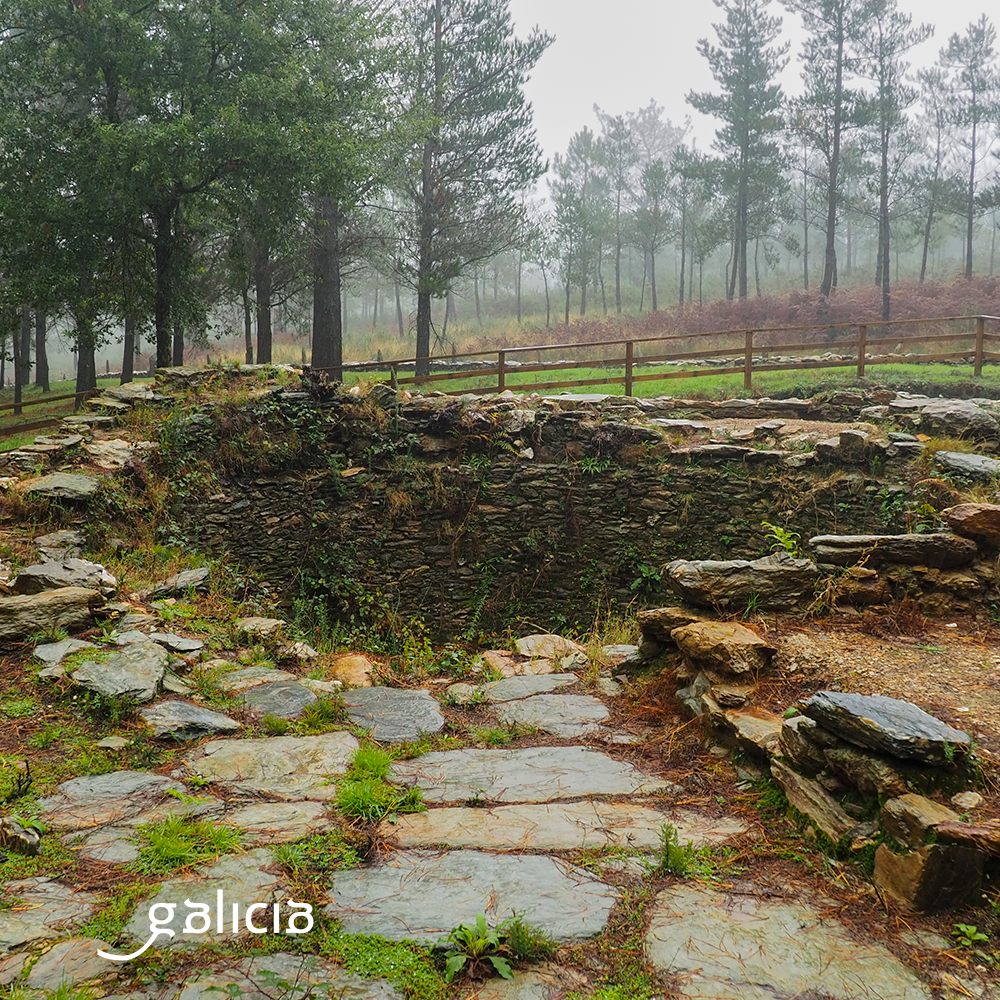 In full economic decline during 17th Century, a striking ice traffic takes over the entire peninsula. Natural refrigerators were used for that, which stored snow during winter months and turned it into ice that was used for cooling and food preservation.

In Galicia, due to weather conditions and the orography of some areas, this type of trade was exploited.

Thus, in the village of Fixó, in Forcarei (province of Pontevedra) there are two refrigerators that once were dedicated to these needs. The structures are more than 7 meters deep and were built with a double wall with an inner chamber two meters wide to ensure its tightness.

Dated in the 17th Century, when the rise of this activity began, Fixó’s refrigerators were exploited by the monks of Mosteiro de Aciveiro, who obtained from them one of their main sources of income. Ice trade was one of the most profitable activities in the area during this century and the following so the Camino Real, also called the mail, which linked the monastery with the Ribeiro, passed through these mountains.

But what is the origin of these refrigerators? Romans had already resorted to this form of cooling at the time, which was declining until the Middle Age. It is said that the arabs continued using them and in the 17th Century, when they returned to the West, it was as an innovation imported from the East.

In addition to the best known uses such as the preservation and cooling of food and drink, the ice produced was also used to make ice cream and sorbets, as well as therapeutic uses in medicine.

Fixó’s, with an excellent state of conservation, have a great archaeological interest and are listed in the general inventory of cultural heritage of Galicia. To access them we recommend the Senda das Naveiras, a tour that will allow you enjoy the heritage and landscape of the village.