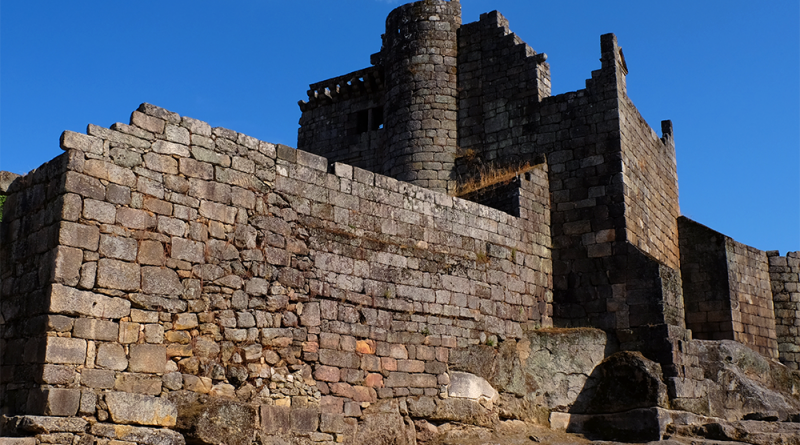 The transit between the months of May and June is synonymous with celebration and fun in several municipalities of Galicia and although the consequences of the COVID pandemic are still present, in some of these places they don’t want to miss a celebration that due to its uniqueness, tradition and roots They have been declared of tourist interest.The premise that guides the activities proposed in municipalities such as Quiroga, Bande, Ribadavia and Allariz is safety.

The production of oil in the Lugo municipality of Quiroga dates back to Roman times and is part of a legacy that has been kept alive through the centuries thanks to heritage elements such as the Bendilló oil mill. That structure, recovered almost 30 years ago, is one of the epicenters of the festival that the City Council has promoted for just over two decades and that this year, after the 2020 break, returns for the enjoyment of neighbors and visitors. It will be on Sunday, the 30th, and to avoid crowds, on this occasion those who want to contemplate the demonstration of traditional olive milling will be able to do so through a screen located next to the As Farrapas chapel. Also, four local producers will exhibit and market their items at the Mostra do Aceite, whose access will be free, although giving priority to people who have made a reservation.

Feira do Viño do Ribeiro

With 58 editions behind it, the Feira do Viño do Ribeiro claims to be the oldest wine festival in Galicia. This year due to the pandemic, the organizers have changed the dates a bit, moving the events from the beginning of May to the last weekend of the month and have modified the program to adapt it to the restrictions still present by the covid, but without renouncing their essence. For this reason, they will opt for a mixed format that will combine virtual activities with face-to-face proposals that will be developed following a strict security protocol and with reduced capacity. About thirty wineries have already confirmed their participation in the events that will take place between Friday 28 and Sunday 30 May.

Born at the beginning of the 14th century, the Festa do Boi is one of the most emblematic celebrations in Allariz. Although its organizers have decided to postpone to 2022 the central events that would have to be held, as is tradition, in the days prior to Corpus, they will maintain some proposals so that the spirit of the party doesn’t  fade and so that the neighbors continue to enjoy this episode of your story. The crab that gives its name to the celebration will not travel the streets of Allariz this year, but residents will be able to wear the traditional commemorative scarves designed and marketed by the Xan de Arzúa cultural association, and they will also can to contemplate an exhibition of photographs from previous editions. In addition, to fill the void of the theatrical procession of the local guilds that should be held on Sunday 30, those responsible for Xan de Arzúa encourage the residents to wear the costumes of their respective guilds that day. There will also be a surprise activity for the little ones.

The Festa do Peixe of the Ourense municipality of Bande celebrates half a century this year, so its promoters are not willing to completely renounce the celebration. Last year there were less than a hundred people who were able to taste the star dish of the day in the four establishments of the town that were able to open their doors, and this time the intention is to expand the gastronomic offer and spice it up with sports competitions and activities for children. In addition, from the City Council they have been collecting photographs of the first editions for weeks to surprise the neighbors with a look at the origins of the celebration.

They also encourage all residents to decorate their windows, balconies and shops so that during the weekend of May 28 to 30 the festive atmosphere remains very present in the streets of Bande.

Two other celebrations that should take place during this last weekend of May are the Festa do Galo de Curral de Vila de Cruces and the Festa da Troita de Ponte Caldelas, although in both cases their organizers have chosen to suspend them for the second year consecutive due to the impossibility of maintaining formats that attracted hundreds of people.

From Ponte Caldelas they have already announced that we will have to wait until 2022 to enjoy the celebration again, but in Vila de Cruces they don’t discard that the positive evolution of the pandemic will allow the events to resume this year and they are already studying the possibility of rescheduling them for the month of September.