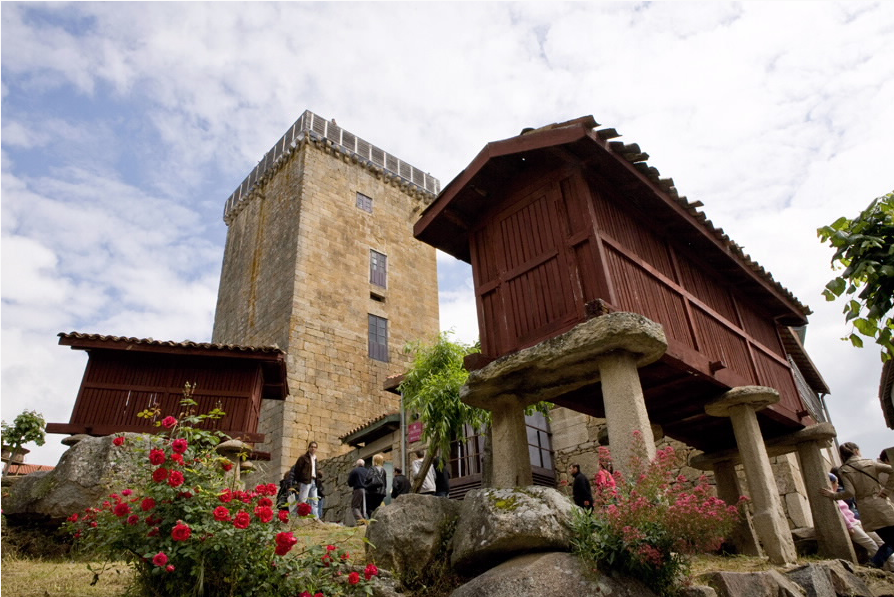 The Virxe do Cristal is a tiny piece of art full of mystery and closely linked to the traditions of the Celanova region. It measures barely two centimetres and is placed inside a block of solid glass. This glass acts as a magnifying glass, which allows us to appreciate what is inside: a sculpted effigy of the Virgin on either side, made with amazing attention to detail.

Tradition says that it was found in Vilanova dos Infantes over four centuries ago by a shepherd and that, because of the care with which it is made and the fact that it is inside a solid block of glass, it is the work of supernatural powers. Its history had a tragic turn a few years ago, when it was stolen from the church in a robbery during which the parish priest died. Until this day, the piece has not yet reappeared. Currently, pending the recovery of the original, the temple retains a replica.

The fame of the Virgin in the glass, already great in the Celanova area, grew considerably larger in the nineteenth century thanks to the poetic genius of Manuel Curros Enríquez. A key poet in the resurgence of Galician literature, Curros wrote in 1877 a long composition of more than a thousand verses, which tells of a love story in which the Virgin intercedes between two lovers, Martiño and Rosa, to replace the latter’s honour, slandered by another suitor. It is a poem that leaves a strong romantic impression, the beginning of which is very well remembered: “Rapazas de Vilanova / ben vos podedes gabar / que non hai Virxe no mundo / coma a Virxe do Cristal” (“girls of Vilanova / you can be proud / as there’s no other Virgin in the world / as the Virxe do Cristal”)

Beyond the mystery of how the effigy was made (a technical secret that current technologies have not managed to replicate), the image is attributed several miracles. The small effigy (now its replica) is kept in a tall and narrow Baroque shrine. Every September 15th the people in the region get together to celebrate a festival in honour of the Virgin, in a well kept space that is just one of the many attractions of Vilanova dos Infantes.

The small town, belonging to the municipality of Celanova, preserves its original medieval shape, with narrow cobbled streets, a lovely square with a fountain and, higher up, the majestic tower, original of the tenth century. Demolished in the Irmandiña Revolt of the fifteenth century, it was later rebuilt, and the homage tower still stands, firmly embedded in the granite rock and 19 meters tall. It was one of the key defensive elements in the medieval disputes between the Spanish and Portuguese monarchies.

If you want to journey a bit further into the town’s past, it is worth travelling a few kilometres to the west to visit the fortification site of Castromao, from which you can get a fabulous view of the Arnoia valley and the surrounding mountains. The old fort is partially reconstructed, which allows us to picture what life was like in these small towns during the Bronze Age. And, of course, it is always necessary to visit the municipal capital to get to know its interesting historical centre, presided over by the monumental baroque monastery of San Salvador.