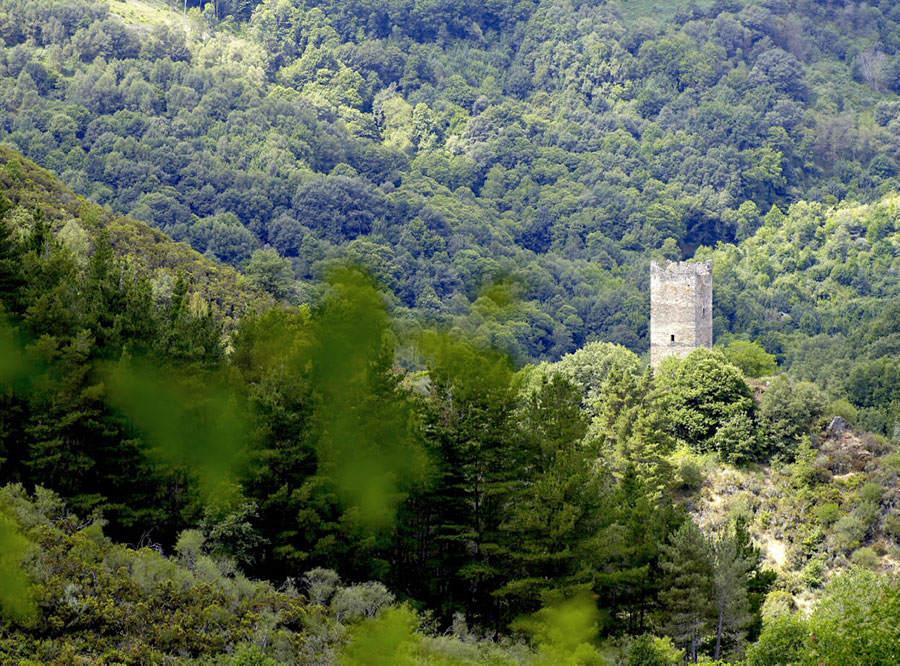 Between the trees and vegetation of Os Ancares there is a spectacular medieval tower known as the Tower of Doncos. A monument that, in addition to sharing its name with the Lugo municipality in which it is located, houses one of the most popular legends in the area. Have you ever heard of it?

This is an old medieval building that is surrounded by the river Navia. Today, it still preserves a majestic defensive tower that imposes itself on one of the highest points of the terrain. We are talking about a square building consisting of three floors and a basement, with dimensions that do not exceed 8 meters side and about 24 meters high. Of course, high enough to meet the surveillance of the surrounding area.

Architectural details aside, we are talking about an Asset of Cultural Interest that has a fascinating legend that fills its history with mystery. It is said that, in the midst of the Muslim invasion, a couple of pilgrims on their way to Santiago de Compostela were attacked in the vicinity of the fortress. At that time, the mission of the Tower of Doncos was to protect all walkers who undertook the holy journey.

After the attack, one of the assailants kidnapped the young woman and, being chased by the knights guarding the Way from the tower, decided to cut off the woman’s head so that no one could ever enjoy her beauty again. From this moment on, the rump of the white horse turned red and forever named the fortress, also known as Torre da Grupa.

It’s no wonder that after knowing her story you’re curious to see her up close. To do this, we propose two perfectly compatible options. In the first place, the surroundings offer the possibility of travelling along the Route of the Tower of Doncos, a fully conditioned and signposted route, which you can start either in Doncos or in the village of As Nogais. A pleasant walk with the sound of the background water and the shade of chestnut trees, which will allow you to connect -more if it fits- with this story.

Secondly, whether you decide to take the route or not, the viewpoint overlooking the tower is an infallible plan for a day off. For some months now, residents and visitors can enjoy a complete view of the tower.

It was known that the Serra dos Ancares is one of the most surprising places in Galicia for its natural beauty but, of course, we can not fail to remember much of the historical heritage that can be found in the area.