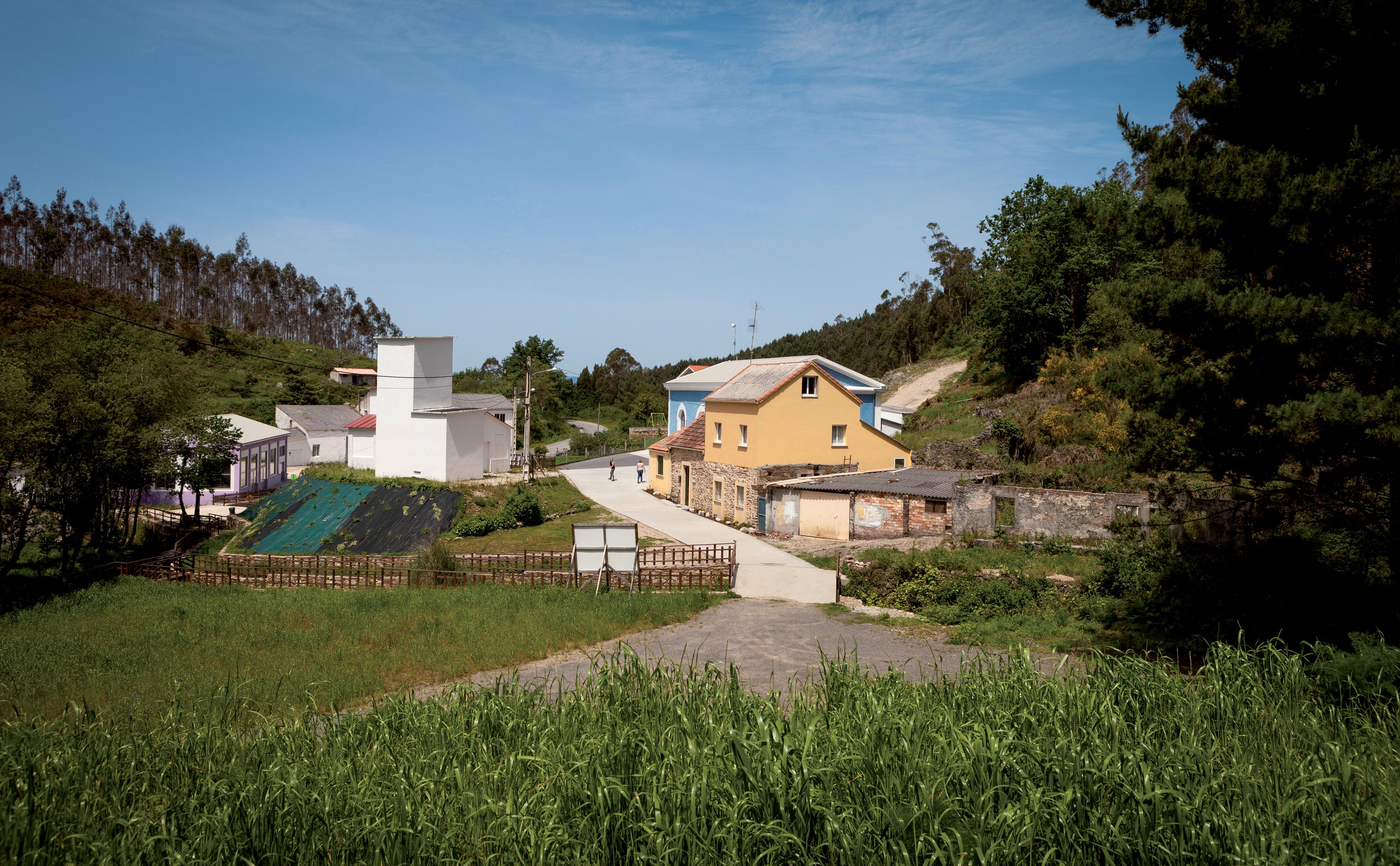 The tungsten was and continues to be a highly valued mineral in various industrial applications, from the incandescent wires to make light bulbs light up to its use to harden steel alloys. It was perhaps this last use that made this material famous, since during the years of World War II the two sides in conflict, that of the German Nazis and that of the British and French allies, fought to take over the main deposits in Europe. Galicia being a land quite rich in tungsten, it is not strange that it was the scene of a hidden struggle, worthy of spy films, during that time, which left as a testimony mines such as the San Fins, in Lousame (A Coruña).

In this area of ​​the interior of the Barbanza mountains, both tungsten and tin were mined for much of the twentieth century. San Fins (sometimes written as “San Finx”) is located in the parish of Vilacoba in the municipality of Lousame, very close to Noia. The mine was opened in 1884 by a British family, the Burburys, under the business name of The San Finx Tin Mines Limited. It was one of the first tungsten mining operations in Europe and used the newest technology of the time. Much of this machinery can still be seen today in the building that houses the Museum, originally built in the 20s of the last century by another English company, The Phoenicia Tin Mines, to house the compressors that injected compressed air into the well.

Because the industrial advances of this mine were, in good part, a British enterprise. To boost productivity, another company, The Vilacoba Hidropower Company, built a small power plant nearby that serviced the complex. Its moment of greatest splendour came in the thirties, by which time the so-called Pozo Nuevo (New Well) and a mineral washing and refining plant were already in operation. The product was later taken to the coast to be shipped from Carril to its international destination. As is to be expected, in the heat of the armament rush the British and German markets were the main buyers.

The period of British ownership would end with the Second World War and the entry into the factory of the Spanish company Industrias Gallegas. The period of industrial prosperity associated with the mine left a deep impression in the region, as well as stories about black market, mineral theft and nights digging in the forest to get a few pints of the precious element. In a time of great economic hardship, finding a tungsten deposit could mean earning in a few hours what could be made from months of working the land. The mine continued to be active until the nineties, when it shut down, although in recent years it has reopened with much more modern extraction techniques: tin and tungsten continue to be very valuable and rare materials in Europe, which buys from China most of what it needs.

Currently, the main buildings have been restored as an interpretation centre and the miners’ housing has become a nice bar and restaurant. To ensure entry, it is convenient to call the Lousame Council beforehand and consult the conditions for visits, which normally must be done in a group.

2 Comments on “The tin and tungsten mines of San Fins”