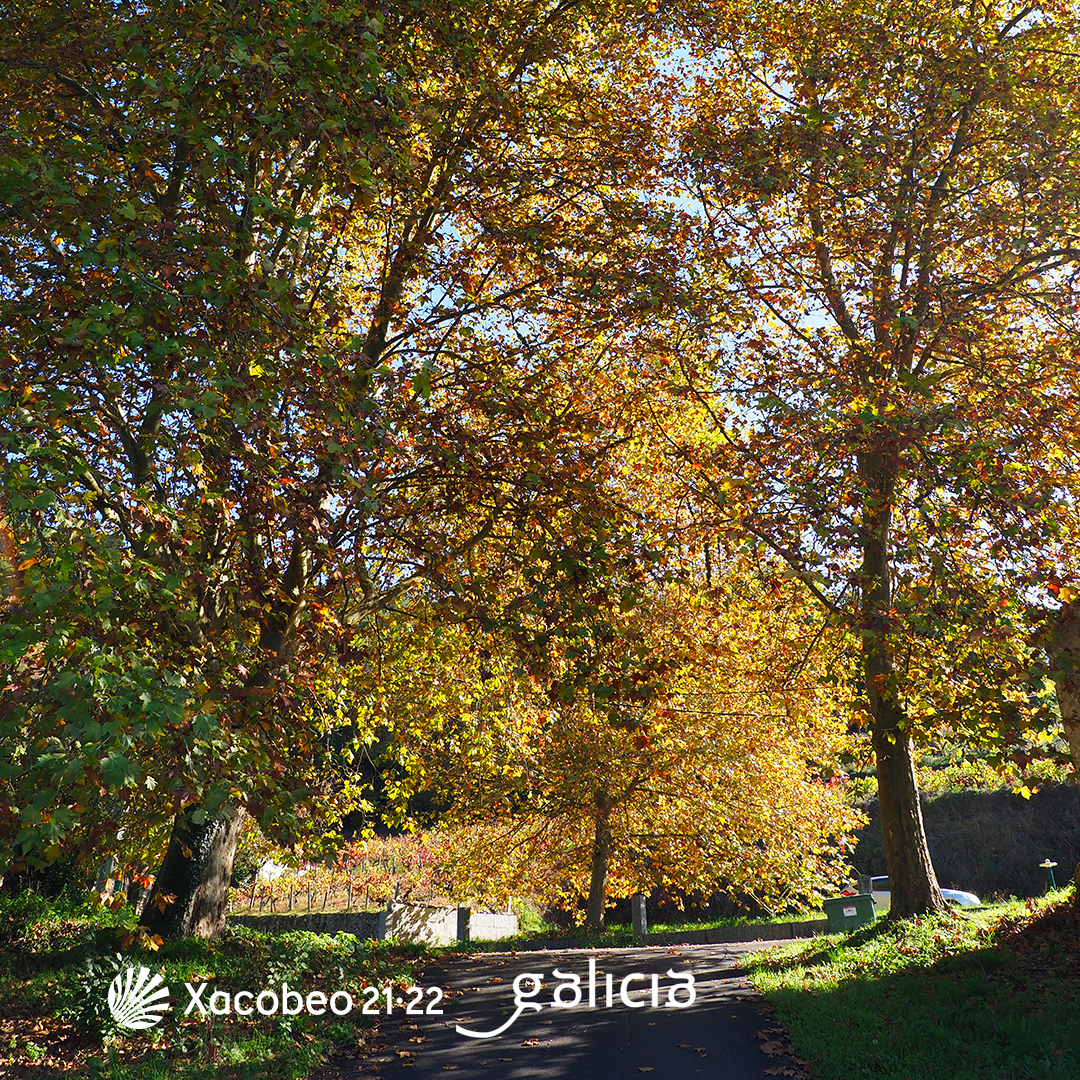 The Galician autumn brings to mind roasted chestnuts, mushrooms, pumpkins, quinces, wines … And, it is not going to be all eating and drinking, it also makes us think of the ocher and red of the forests, in the rustling of dry leaves, in Samaín, in San Martiño, on the day of the dead… Time flies by, but we still have until December 21 to enjoy the season.

You have to take advantage of and do a route especially indicated for these dates. Although it is very difficult to choose, we are going to propose ten.

For example, we can do the route of the monasteries in the Ribeira Sacra, which now, between the half-bare trees and the ground full of leaves, are in a particularly mysterious and romantic moment. There are so many that we cannot visit them in a single day. Some of them are in the province of Ourense and others in the province of Lugo. Here we show a relationship of them:

On the one hand, we have the monasteries in the interior of the Ribeira Sacra: San Pedro de Rocas, which is built on a rock and houses the Interpretation Center of the Ribeira Sacra; Santa María de Xunqueira de Espadanedo, in the same town; Santa María de Montedarramo, also in the town; San Vicente do Pino, in Monforte. On the other hand, there are the monasteries on the banks of the Sil: San Salvador de Ferreira de Pantón, nowadays still inhabited; Santo Estevo de Ribas de Sil, perhaps the most monumental; Santa Cristina de Ribas de Sil, in the middle of the chestnut grove on the bank’s slope; San Paio, which is in ruins but can be visited. Along the way we find the viewpoints of Soutochao, Las Penas de Matacás and Cabezoás.

Another very special place in autumn is Os Ancares, in the east of the province of Lugo. Going into the region still without the bitter cold and winter snow, with a color that does not seem real, it is as if we were getting into a painting. We can visit Becerreá, Cervantes, the castle of Doiros, O Piornedo. And, in addition to the rich landscape, we have the ethnographic wealth (pallozas, chapels, castles, bridges, forts, «cortíns»…).

Bordering Os Ancares to the west, we find the Serra do Courel. There we can walk the Devesa da Rogueira route, in Folgoso, the largest forest in the sierra, with a huge diversity of native species. It’s a great place to catch mushrooms. (By the way, if we come across a bear, it is recommended not to move much). If we also want to taste some good chestnuts from the area, it is better to coincide our visit with the Festa da Castaña do Courel (at the beginning of November) or with the Festa da Pisa da Castaña (at the beginning of December).

Well, not everything is going to be chestnut, how about some water? Well, let’s go to the Guitiriz water route. This covers a route along the banks of the Parga and Ladra rivers, from the Santo Alberte bridge to the Carballeira de Pardiñas. In addition to the mills, churches, walks through Parga … the route links three sources of healing waters: Valdobín, San Xoán de Lagostelle and Santo Domingo.

Another option is to head south, specifically to the southwest of Ourense and bordering Portugal, and take a walk through the Xurés. Apart from the well-known landscape and ethnographic value, we have archaeological value, because here, in the Baixa Limia – Serra do Xurés natural park, we have the Aquis Querquennis, a vestige of a Roman camp and road mansion, in the parish of Os Baños, in Bande, crossed by the Roman road that linked Astorga and Braga.

In the province of Pontevedra, on the outskirts of Lalín, we can go with the basket to pick mushrooms and chestnuts among the tallest chestnut trees in Europe (up to 30 meters high!) If we go to the Fraga de Catasós, also known like the Souto de Quiroga. Thanks to these monumental chestnut trees, in fact, this forest was listed as a Natural Monument in 2000.

The Serra da Capelada is another typical area to go to look for mushrooms; here among pines. Along the coast of Cedeira, Cariño and Ortigueira we have incredible views from Chao do Monte, Santo André de Teixido, Vixía da Herbeira or Cabo Ortegal. In autumn we may face infitito in a special way.

Another route that is always said to be done at this station is that of the Fragas do Eume. In addition to the beauty of the landscape on the banks of the river, the medieval monasteries of San Xoán de Caaveiro and Santa María de Monfero rise up among the trees like in a dream, the latter with a beautiful and original Baroque facade.

We can also take advantage of these dates to do the Ruta da Pedra e da Auga, in the Rías Baixas, in a calmer way, without overcrowding. The pedra (stone) comes from the mills that we find on the way and, the auga (water), because the route follows the bank of the Armenteira river. It ends in the monastery of Santa María de Armenteira, in Meis. There lives a community of religious of the Cistercian order. It also has a guesthouse.

Finally, a tour of an area that is calmer in autumn to enjoy it calmly. It is the Mariña lucense. For example, in the interior, we can stop in Mondoñedo, which begins autumn with the San Lucas festivities, and visit the cathedral and the church of San Martiño (the old cathedral); in Vilanova de Lourenzá, where you can already have seasonal beans, the monastery of San Salvador; In O Valadouro, go up to A Frouseira and the Castle of Pardo de Cela. On the other hand, it is the perfect time to enjoy many places on the coast that are busy in summer or have restricted access, such as O Fuciño do Porco, in O Vicedo, or As Catedrais beach in Ribadeo.