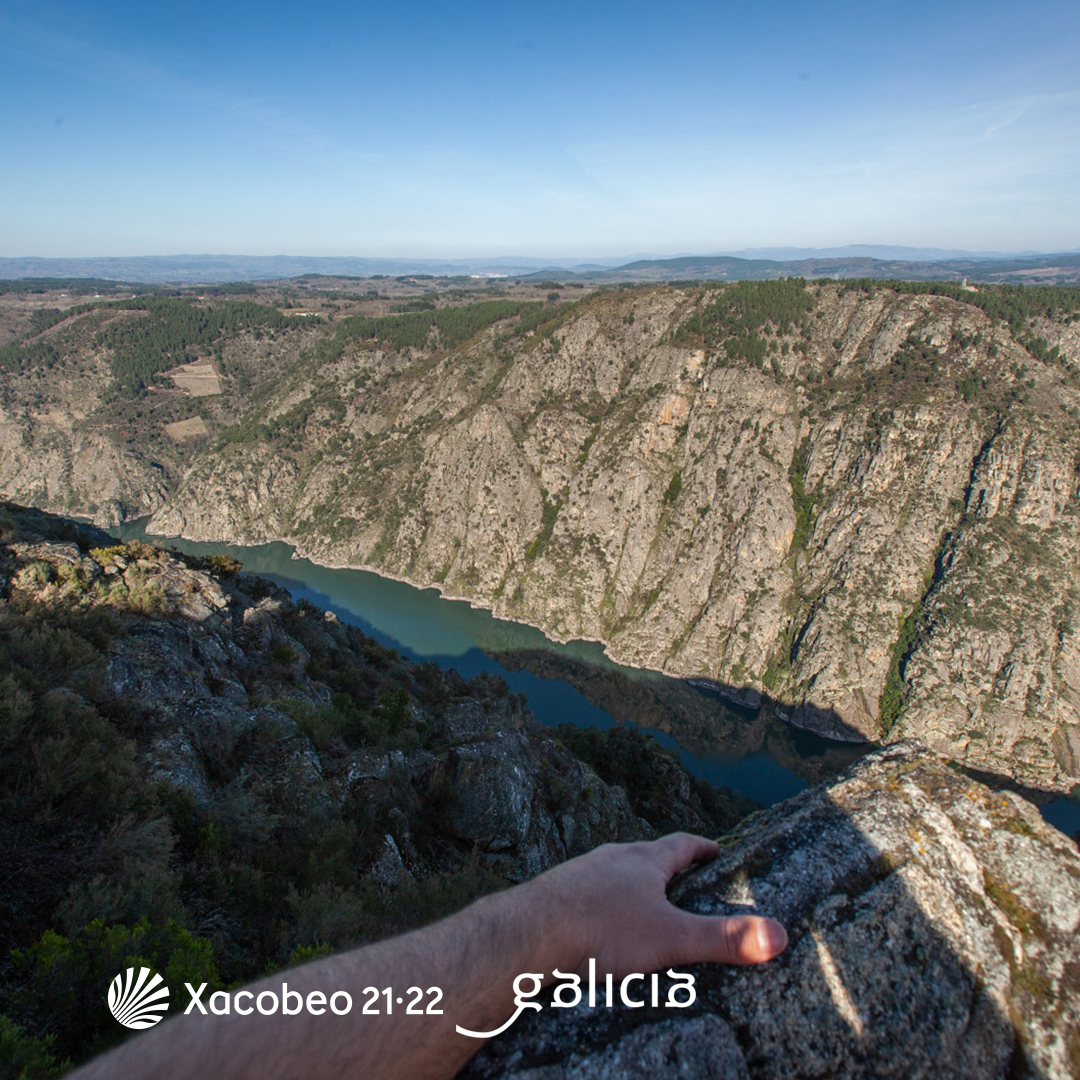 In recent years, and thanks to the influence of social networks such as Instagram, benches and swings located in places with unique views have become popular in Galicia. This trend began with the self-proclaimed “best bench in the world”, located in Loiba, Ortigueira, which allows the perfect observation of the cliffs that enter the Galician Cantabrian Sea. Since its inauguration more than a decade ago, due to its success as a tourist attraction, many councils and individuals launched into the placement of benches in some of the most beautiful places in Galicia. And it wasn’t just benches, swings were also installed, which are even more photogenic. These are the ones that offer the best views.

In the Ribeira Sacra, between the provinces of Lugo and Ourense, is located in the “Adega Terra Brava”, parish of Doade, concello (“municipality”) of Sober. Due to its placement on the hillside, it seems that those who climb on this swing can fly over the canyons of the river Sil, with its steep sides full of vineyards and forests; an idyllic landscape. This is a private attraction that can only be accessed when making a purchase at the winery. In the same region of the Ribeira Sacra, in Nogueira de Ramuín is located the Bambán do Solpor (“Sunset Swing”), which stands on a hill from which you can see spectacular sunsets, as its name suggests.

In the south of the province of Ourense, in the concello of Vilariño de Conso, the “highest swing in Galicia” was inaugurated this year, with the intention of attracting more tourism and attention to an area of ​​the country unknown to many. From the swing, more than a thousand meters above sea level, the views of the O Invernadeiro Natural Park and the Encoro das Portas (the largest reservoir in the province) are unmatched: rounded mountains covered with native vegetation, crossed by water courses that get lost in the horizon. In addition, through a permit that can be obtained online, visitors can enter the O Invernadeiro Natural Park, home to wolves, roe deer and wild boar.

Leaving the interior, in Marín the swing of Praia do Santo (“Beach of the Saint”) stood out for its views of the Pontevedra estuary. Unfortunately, the famous attraction has been missing for several months, without apparent cause. Despite this, Praia do Santo remains a privileged location from which to admire much of the north coast of the estuary: Poio, Sanxenxo, Portonovo and even the Illas de Ons. In addition, you can also take advantage of the day to enjoy the beautiful and nearby Lapamán beach.

In Cambados, in the Arousa estuary, there is another swing on the beach, in Praia de Espiñeiro (“Beach of Espiñeiro”). It is hung on the branches of a tree, in an ideal place for close observation of the marshes of the Umia river and the entire end of the estuary. In the south of the province, in the concello of Nigrán, at the top of Monteferro, there is another attraction of this type, which on this occasion points to the Illas Cíes (“Cíes Islands”), allowing us to appreciate them from a different point of view from that of the postcards, from a mountain that breaks into cliffs towards the sea.

On the border with Portugal, in Tui, there is a swing in front of the Miño that has also become a magnet for tourists and “instagramers”. Beyond the panoramic view of the Miño, the most distinctive feature of this attraction is the fact that it is placed inside a big white cage, which gives it a nostagic, romantic and elegant air that is perfect for photos..

The swings placed in beautiful places, with unique views, ideal to be photographed, are a guaranteed tourist success in Galicia, at least in recent years. The competition to offer the best composition, the best postcard, together with the various titles and claims used to attract people’s attention, give this fashion a particular and fun air, which proves that Galician natural beauty can also be a trend.