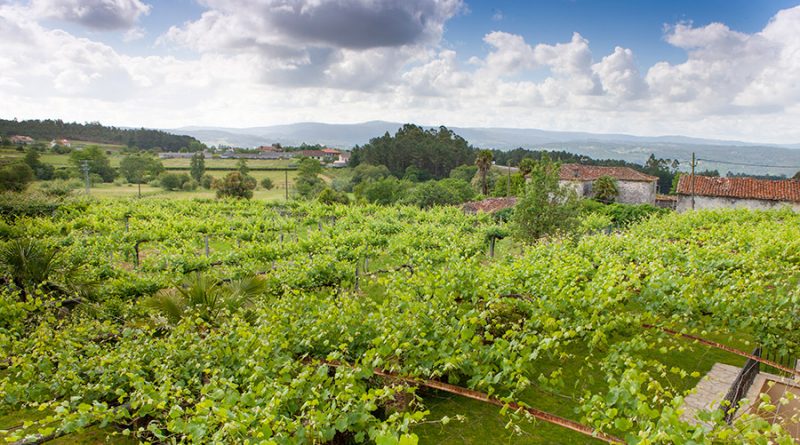 Galicia is, without a doubt, a land that offers an incredible enotourist experience. Among the five Denominations of Origin that our community has, the D. O. Rías Baixas is one of the most popular, but how much do you really know about it? A good way to get to know their famous wines is to visit the areas in which their distinction is divided.

Before going into them in depth, we must remember that the Rías Baixas Designation of Origin is a small wine-growing area located mainly in the province of Pontevedra and a small part of the province of A Coruña. With more than 4,000 hectares spread over more than 20,000 plots which, due to their characteristic vine training, have to be harvested by hand.

Although the best-known grape variety is Albariño, the Regulating Council of the D. O. Rías Baixas also includes the varieties of Loureira blanca or Marqués, Treixadura, Caiño blanco, Torrontés and Godello in the whites and, Caiño tinto, Castañal, Espadeiro, Loureira tinta, Sousón, Mencía, Brancellao and Pedral in the reds. This shows the quality and richness of the varieties that exist in the different production subzones: Val do Salnés, O Rosal, Condado do Tea, Soutomaior and Ribeira do Ulla.

Val do Salnés is the epicentre of Albariño production and covers the municipalities of Cambados, Caldas de Reis, O Grove, Meaño, Meis, Ribadumia, Sanxenxo, Vilanova de Arousa and Vilagarcía de Arousa. The area of O Rosal, on the other hand, includes the municipalities of Tomiño and O Rosal. Meanwhile, the Condado do Teo subzone is home to Salvaterra do Miño, As Neves, Arbo, Salcedo de Caselas and A Cañiza. For its part, the Soutomaior includes only the municipality with which it shares its name and, finally, the subzone of Ribeira do Ulla focuses on the boundaries of the town of Vedra.

Although the five subzones share some common characteristics that have to do, above all, with the type of soil -generally granitic- and the climate -typically Atlantic-, they are also differentiated by other types of issues. For example, if we are talking about the subzone of Val do Salnés, the most relevant thing is the predominance of lowlands over which their crops are grown. While in the areas of Condado do Tea and O Rosal the most singular is a topography that is characterized by the opening of the valley of the Miño River from the town of As Neves.

In general, the monovarietal Albariño wines of this D. O. are fresh and smooth on the palate, with a balanced acidity and sufficient body and alcohol content. The result is a pleasant, elegant and complete aftertaste. On the other hand, the wines of O Rosal and Condado do Tea differ in their composition with varieties Loureira and Treixadura, respectively. What leaves us a broth with a slight acidity but of great gustatory attractiveness. However, it should be noted that in the five sub-regions, the winemaking tradition focuses on the production of white wines, while the reds are generally intended for self-consumption. Although it cannot be ruled out that over the years producers decide to bet on these wines with less presence.

That’s right, any of the products derived from and protected by the Rías Baixas Designation of Origin have a quality seal that guarantees wines with a marked Atlantic character.