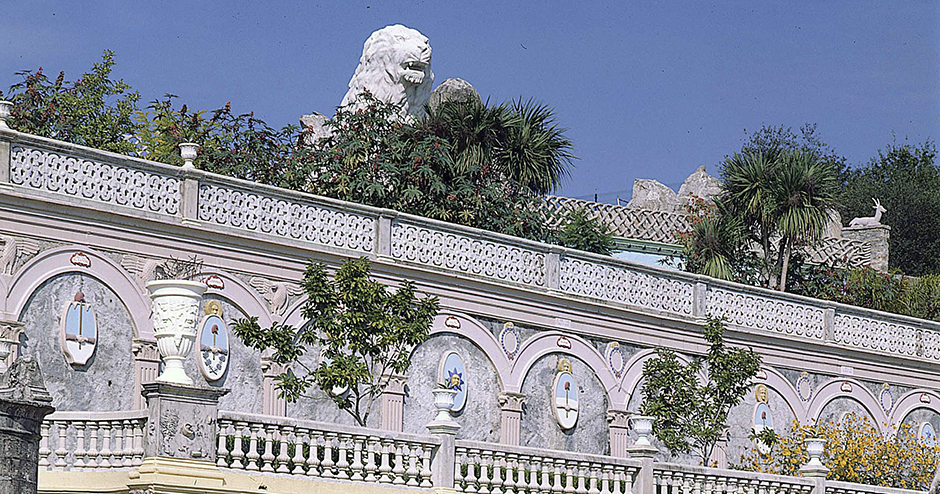 The Indianos, those who migrated to the Americas and made their fortune in the nineteenth and early twentieth centuries, were responsible for many of the advances experienced by Galicia in a particularly gray part of its history. It was them who built some of the schools, mainly in rural areas, them who assisted, with the fortunes accumulated overseas, to the economic progress of the country and, also, them who opened the eyes of a impoverished population to the wonders of the world.

The latter is especially true in the case of brothers Juan and Jesús García Naveira. Born in the mid-nineteenth century, as children they left Betanzos for Buenos Aires, where they founded several businesses and amassed significant capital. Far from forgetting their hometown, they were always very attached to it. They funded the creation of the nursing home and some children’s schools, paid for laundries, institutions for the care of the disabled… And they designed one of the most extravagant works of their time, the unmistakable Parque do Pasatempo (park of the pastime).

The Pasatempo stands in the outskirts of Betanzos as a reminder of the García Naveiras’ intentions  to enlighten the town’s people. It was meant to be an quick summary of all places, animals, and knowledge of the world. The facility was undertaken by Juan, who returned to Galicia before the turn of the century, while his brother remained in America in charge of the family businesses. The Pasatempo grew little by little until it took over no less than 90,000 square meters.

Today you can visit part of the construction, and the experience is fascinating. The Pasatempo has miniature versions of the Retiro pond in Madrid, the pyramids of Egypt, the mosque in Cairo or the mouth of Hell in Bomarzo. There is also a house of mirrors, a greenhouse, countless explanatory panels covering key moments in the history of Latin America, a delightful “capital family tree” with a diagram on how to make fortune, clocks to know the time in any city on the planet, and also graphic representations of inventions that were revolutionary at the time, like the airplane or the funicular, and portraits of exotic animals. Much of what there was (busts of Roman emperors and popes, marble lions …) was lost during the twentieth century.

Worming its way under the hill the park stands on is a network of underground tunnels that connect the upper part (crowned by a huge lion-viewpoint) to the reproduction of the Retiro pond, through a series of caves full of surprises in the shapes of stalactites and fantasy animals, portraying a sort of hell that will delight children. Not every part of the network can be visited at present. Somewhere between reality and legend, it is said that some passages crossed the entire park and reached the centre of Betanzos itself, the churches of the old town or Juan García Naveira’s house, although no one has been able to find them.

It is precisely in front of that house, in Campo da Feira (now renamed the Irmáns García Naveira square), that stands a peculiar statue of the two philanthropists in which one of them is speaking on the telephone. Considering the original placement of the sculptures in the park, he would have been be calling the statue of  Roman Charity (still located next to Pasatempo), which is depicted breastfeeding a pauper, and telling it that the place for the ill-fated in Betanzos was the shelter… that the García Naveiras had built themselves. Two fascinating personalities, to be sure.