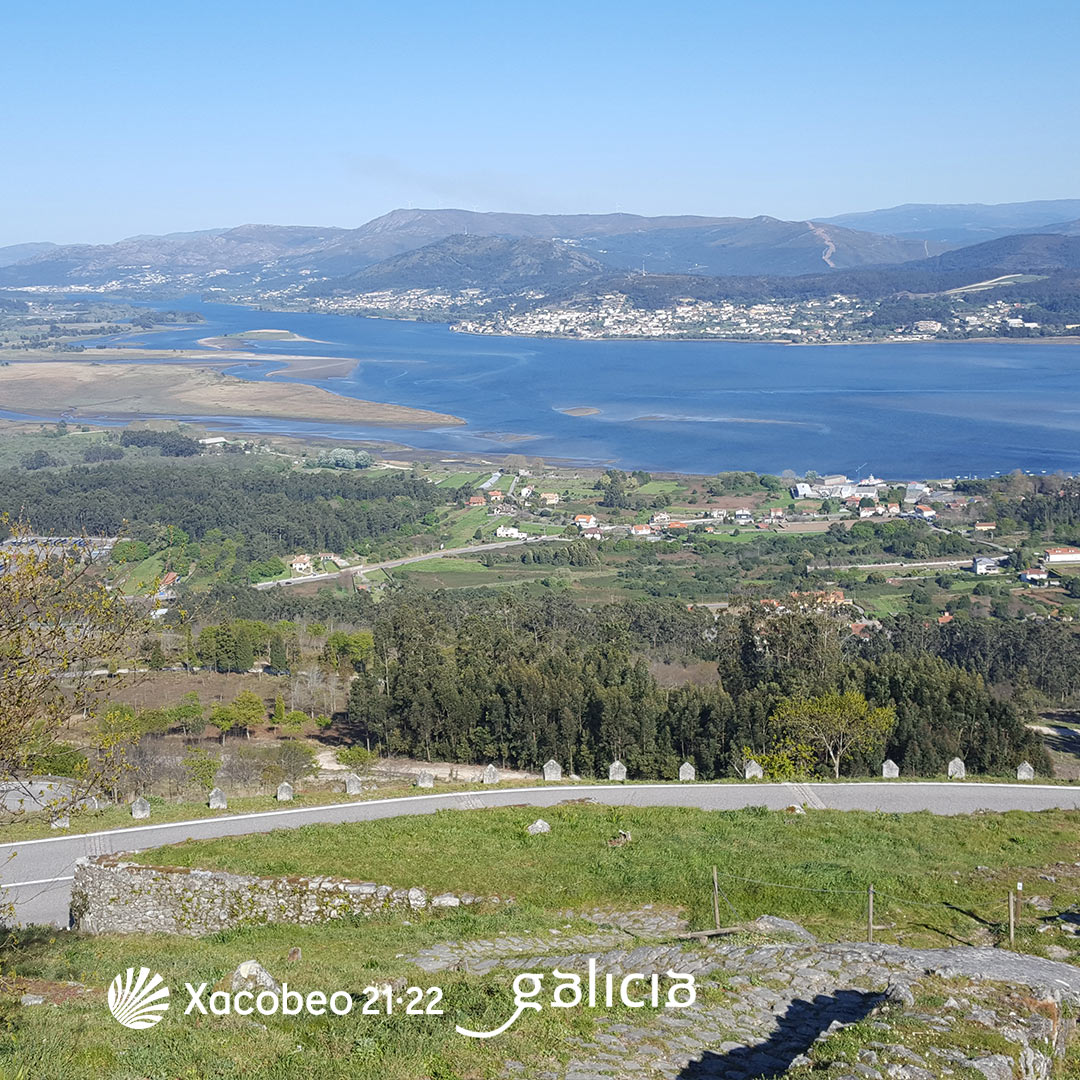 You don’t have to climb towering mountains to get carried away by the thrill of the landscape. In Galicia we have many windows to contemplation, places of those in which we feel transcendental and at the same time part of nature. And where it seems that the maps come true.

There are many viewpoints, although the best known are those that overlook the sea, in the inland mountains we can also enjoy incredible views.

As for the coast, if we start with the Cantabrian Sea, in the Viveiro estuary, Punta Socastro shoots towards the sea. Perhaps we know it by a less fine name: O Fuciño do Porco (the pig’s nose). On this ledge between the beaches of Abrela and San Román. A walkway runs along the cliffs that takes us out to sea. To locate ourselves, to the east we see the Islote de A Gaveira, Monte Faro and the beach of Area and the cove of Esteiro, in Xove; to the west, the A Pereira cove and Coelleira Island and, to the north, the open sea.

The viewpoint of Cabo Ortegal, in front of the oldest rocks on earth, is also impressive. It is in the municipality of Cariño, and delimits the Ortigueira estuary. From the viewpoint, in the lighthouse itself, we see the islets of Os Aguillóns from the front; to the east, Estaca de Bares; to the west, Punta de Limo and Vixía Herbeira. In addition to the impression of the views, it is overwhelming to know that these black granite rocks were formed from magma in the guts of the earth millions of years ago. By the way, it is also a good place for ornithology.

Very close to there, less than 15 km away, we can enjoy the views from the highest cliffs in Europe at the Vixía Herbeira viewpoint, a former coastal surveillance site. From there, if we look to the left (south) we see Punta Tarroiba and Punta Balteira; Cedeira and part of its estuary and, on clear days, Punta Frouxeira, Cabo Prior and Sisargas islands. And, to the right (north), the points of Cadro and O Limo and, at the foot of the cliff, the Gabeiras islands. Here on a windy day you have to hold on to something, let’s no fly away.

In the municipality of Dumbría, in the region of Fisterra, there is a mountain pass, frequented by hard-working cyclists, with good views, too. It is the Ézaro viewpoint. From the top, we can contemplate the tip of Cape Fisterra, the Lobeiras Islands, the mouth of the Ézaro River, Mount Pindo (the «Celtic Olympus») and the Santa Uxía reservoir, almost nothing.

In A Guarda, in the province of Pontevedra, rises the mount of Santa Trega. All of it has points from which to contemplate the landscape, but we can climb the highest: O Pico de San Francisco. It is so called because it is oriented towards the islet of A Ínsua, where Franciscan monks lived. At the top, we see the mouth of the Miño, Portugal, O Rosal valley and the sea, of course. On the ascent we enjoy the views of the town of Santa Trega, one of the most important examples of Castreña-Roman culture in Galicia.

Another high peak is Mount Picudo. At the top is the so-called Pico da Muralla viewpoint, at the confluence of the Lousame and Rianxo councils. Here, thanks to a recent wooden platform that lifts us above the air, we enjoy a perfect panoramic view over the Arousa estuary, Muros estuary, Noia estuary, Santiago de Compostela and, on a sunny day, up to the Cíes Islands.

If we pull inland, we no longer have the vastness of the ocean, although there is also water, but there are the mountains and the skies, another vastness. Pena Trevinca, in the municipality of A Veiga, in the Valdeorras region, is the highest point in Galicia (2,127 m!). Being so high, it also has viewpoints scattered along the route. Some of them, such as O Rañadoiro or As Tablillas, is an astrotourism destination, ideal for contemplating the celestial landscape.

The Ribeira Sacra has viewpoints to give and take. One of the most popular is the Os Torgás viewpoint, popularly known as the Balcones de Madrid, from where those who went to work in Madrid crossed the river, generally as waffle makers. On the other shore, from Monforte, they took the train to the capital. The railings arranged so as not to fall down look like balconies. It is located in Parada de Sil, in Ourense, on the road that goes from Parada to the monastery of Santa Cristina de Ribas de Sil. Depending on how clear the weather is, we can see the Sanctuary of Nosa Señora de Cadeiras and Monforte de Lemos, in addition to the vertiginous canyons and terraces of the Sil, of course.

And finally, how about a break with a view? On the island of Monteagudo, in the Cíes archipelago, we can go up to Alto do Príncipe and sit on the Cadeira da Raíña (Queen’s Chair). From the throne, views of the beach of Rodas, the island of O Faro and the Atlantic. Of course, it is not soft, because it was designed by the wind in the middle of the rock.