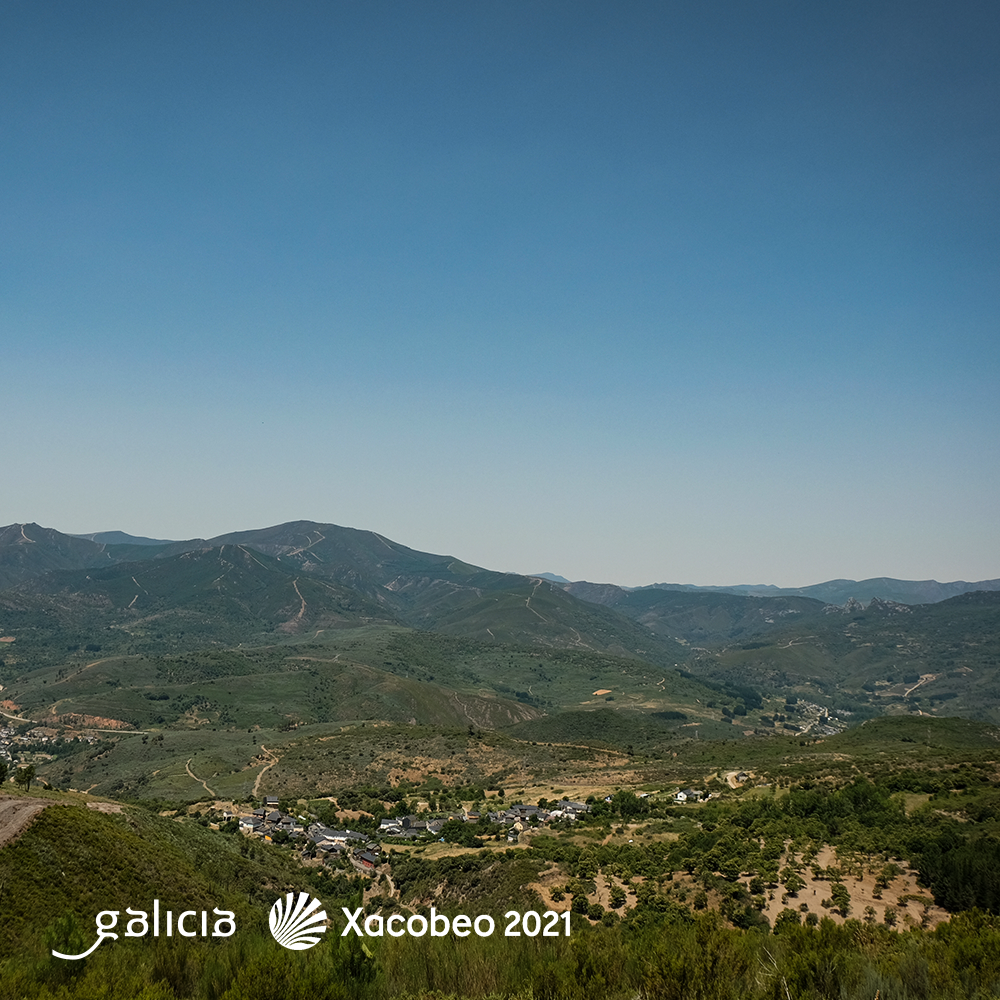 The 4th of April 2002 was an important date for the forests that grow in the lands of Rubiá, in Ourense. On that day, the declaration of the Serra da Enciña da Lastra as a natural park was approved, an area of just over 3,000 hectares that is a rarity in Galicia due to its unique flora and fauna. In this land of oak and chestnut trees, a tree with a Mediterranean climate thus became the hallmark of our sixth natural park and its limestone peaks.

It is said that the holm oak that gives it its name was a large tree used in the past as a reference by travellers to avoid getting lost in these lands located in one of the easternmost points of Galicia, on the border with the province of León. Nowadays, a magnificent specimen can still be seen in the parish of Covas that could well fit this description. Whether or not it is this one in particular that inspired the name of the whole area, the fact is that one of the main assets of the park is the presence in the area of the most extensive holm oak groves in Galicia, as well as the thorny scrub also typical of the Mediterranean, the only thyme groves in this land and the few Mediterranean willow groves that can be seen in these latitudes. Its more than 25 species of orchids also make this park a true paradise for botany lovers.

The Serra da Enciña da Lastra offers a rare landscape at this end of the Iberian Peninsula, which is enriched by unusual species of fauna, such as the ashy lizard. It is also home to one of the main communities of bats in Galicia, among which it has been possible to identify at least 9 different species inhabiting the numerous caves that make the area the largest network of cavities in the region. Underground, among stalactites and stalagmites, hides another of the area’s great treasures. And in its skies, the birds (golden eagle, booted eagle, golden swift, rock pigeon and red-billed chough), attracted by the richness of the waters of the river Sil and the protection of the surrounding hillsides, form the largest number of nesting species in Galicia and constitute another of the great animal attractions of this natural park.

Its viewpoints, such as those of Caprada in Oulego, Alto da Escrita in Biobra, Tanque de Covas or the Portela in Vilardesilva, offer impressive panoramic views of the peaks of the park and the canyons traced by the river Sil and its tributaries. And the villages, such as Covas, Oulego, O Robledo or O Real, keep alive the spirit of the rural world, allowing us to enjoy the architecture and traditional ways of life, as well as valuable ethnographic elements such as old mills, fountains, dovecotes and communal ovens.

Caving and rafting are two of the sports that can be practised in the park, but without a doubt, the main speciality, and suitable for everyone, is hiking. A network of ten routes, duly prepared and signposted, are the ideal way to discover the main attractions of the Serra da Enciña da Lastra. Their length and variable routes (linear and circular, and between 1.5 and 8.6 kilometres), as well as their different levels of difficulty (low, medium and high) make up an offer of routes with options for the most diverse visitors.

Trying to identify some of the different species of orchids and birds, walking among holm oaks and other rare trees in Galicia, breathing in the scent of thyme and marvelling at the impressive stone silhouette of the Penedos de Oulego make the experience of entering this natural park an experience that leaves no one indifferent.

If you would like more information and to prepare your adventure in this unique place, visit https://www.turismo.gal/que-visitar/espazos-naturais/parques-naturais/serra-da-encina-da-lastra?langId=es_ES