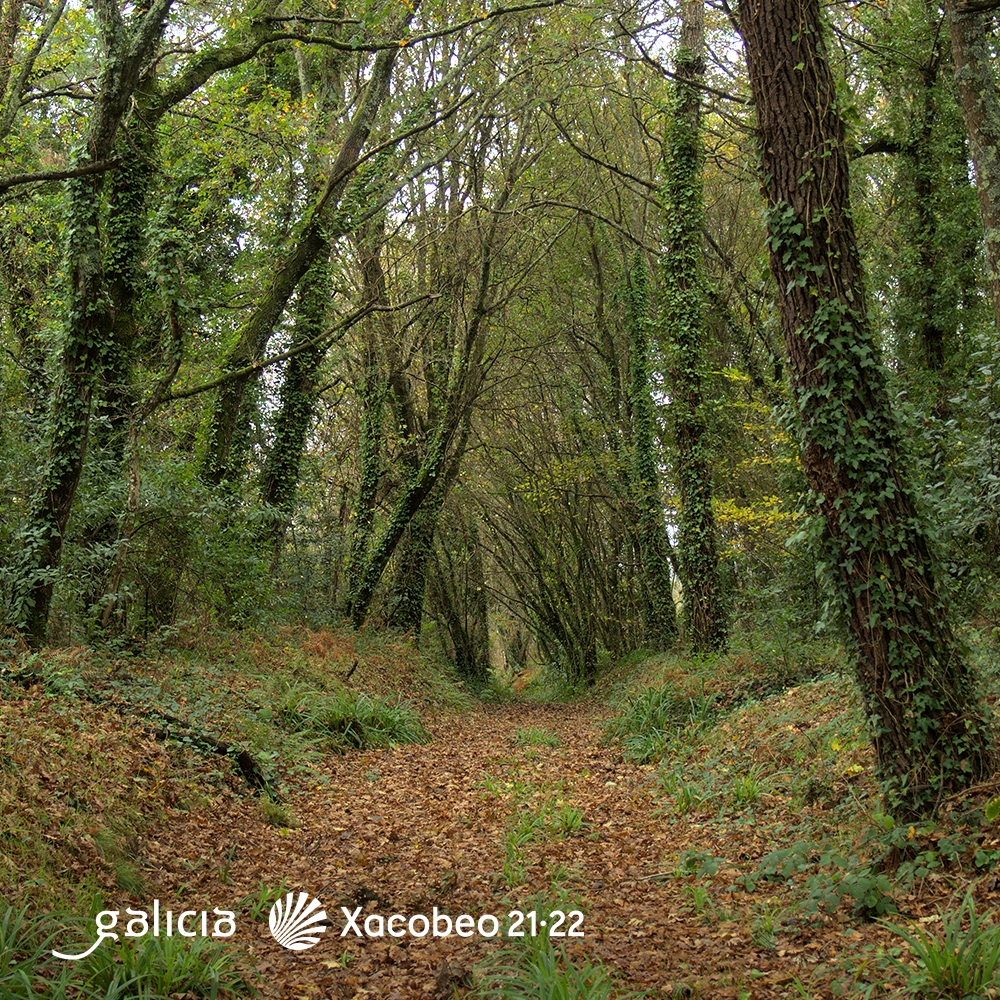 The name of Wenceslao Fernández Flórez has been intrinsically linked to the magic of the Galician forests since he wrote his emblematic work El bosque animado (The Animated Forest) in 1943. Born in Coruña in 1985 and died in Madrid in 1964, many believe that Cecebre was the author’s home parish, but his story is not linked to that of this place until 1913, the year in which he moved there with his family with the intention of spending the summer season. He would return every summer of his life. Today we propose a tour of this corner of the municipality of Cambre, through which you can enter the fantastic world in which the author inspired his work.

Today, located in the building where the author spent long periods of time immersed in the creation of his works, is the homonymous foundation dedicated to the writer. The house, known as “Villa Florentina” and located at number 24, Apeadero, can be visited through the foundation. This House-Museum houses a permanent exhibition of works, personal objects, a bibliographic collection and period utensils belonging to the author. In addition, the entity organises numerous cultural activities related to music, theatre or literature, as well as literary routes that offer the opportunity to immerse oneself in the surroundings of the charming landscape that inspired the author to write his work.

“The fraga is a tapestry of life pressed against the wrinkles of the earth; in its caves it sinks, in its hills it rises, in its plains it evens out. It is all life…” (Fragment from El Bosque Animado – Wenceslao Ferández Flórez). In the parish of Cecebre (Cambre), the steps of Fernández Flórez through the forest transport us to that dream location where the adventures of Geraldo and his beloved Hermelinda, Pilara and her mistress Juanita Arruallo, the bandit Fendetestas or the mole Furacroyos took place. It won’t take much to realise that the Fraga de Cecebre is not just a forest: its trees, fauna and enormous biodiversity contain a world of their own, full of magic, in which it is very easy to get carried away.  Although its dimensions are smaller than when Fernández Flórez wrote his work, its great density, formed by willows, chestnut trees, carballos, holly trees and bushes of guaranteed greenery, mean that we only have to enter among its trees to be able to perceive in all its essence that fairytale forest.

This circular route of 14 km surrounds the reservoir passing through the municipalities of Cambre, Abegondo and Carral, there is also the possibility of doing the route in small linear sections. The reservoir was built in 1975 to supply the city of A Coruña and its metropolitan area with water from the rivers Mero and Barcés. In its depths are the remains of the 17th century Pazo de Santa Ana and the 18th century Pazos de Borreiros and Folgoso, which can be seen in the dry season when the water level is lower. Its great autochthonous diversity gives this area the distinction of Biosphere Reserve of Mariñas Coruñesas e Terras do Mandeo, placing it also within the Natura 2000 Network.

Bird lovers will also find in the Cecebre reservoir a point of ornithological interest, since throughout the year, more than 45 different species nest in its surroundings. In this environment you can see different varieties of ducks, herons, waders and grebes, as well as some species of gulls and birds of prey. Among the fauna of this natural space we can also observe other animals such as otters or several species of amphibians, some of which are endemic to this area.

Following the course of the river Mero we also find the Peirao Mill. Although it is a private house, it is worth visiting this modernist style building which houses an old stone mill. It is made up of an exterior vertical wheel and two cogwheels that serve for the circular movement of the millstone. The Peirao mill is the only mill of these characteristics still in use in the area. In the surrounding area you will also find a picnic area and an place suitable for bathing, ideal for enjoying a day of leisure in a natural setting.