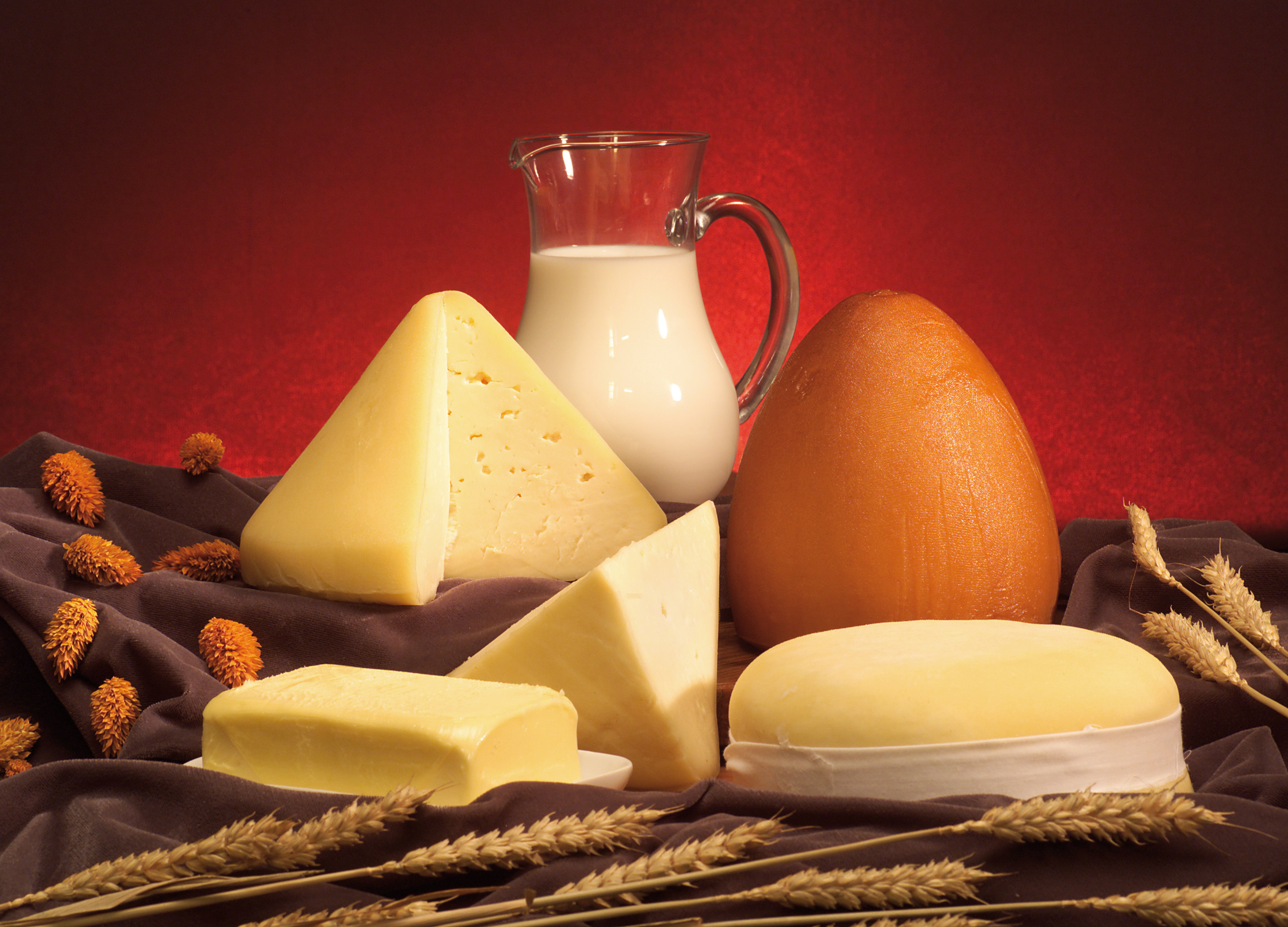 One of the most recognizable Galician trademarks is that of its interior, with its cows grazing meekly in green meadows. It is precisely in those regions where one of the great Galician gastronomic treasures is made: cheese, a product that comes in multiple varieties, four of them recognized as Designations of Origin.

It is probably the best-known cheese outside the borders of Galicia, because of both its unmistakable conical shape (“tetilla” means “nipple”) and its long history. It is made throughout the Community and to receive certification it must be made from milk of rubia galega, Friesian or brown alpine cows, fed in the traditional way. Proof of its popularity is the fact that approximately two million pieces of between half a kilo and kilo and a half are sold every year. It is a mild-flavoured cheese, with a slightly acidic smell, buttery texture and intense milky flavour, enclosed by a thin yellow rind.

The one from San Simón da Costa is another cheese with a conical shape but it should not be confused with the tetilla, not even by far. Although it is also made with milk from rubia galega, Friesian and Alpine brown cows, the most characteristic phase of its production is its smoking, which is conducted with birch wood. It is a cheese weighing between 0.8 and 1.5 kilos, with the shape of an inverted spinning top, hard and yellow rind, smoky smell, and a very characteristic flavour. It is produced in several parishes of the Lugo municipalities of Vilalba and Muras and, although it comes from a centennial recipe, its first known references come from the late nineteenth century.

This cheese, very popular throughout  Galicia, already identifies in its name the areas in which it is produced: the ones that line the border between the provinces of Lugo and A Coruña, specifically the areas of Arzúa, Melide, A Ulloa and Chantada, which are also among the most beautiful in Galicia in terms of traditional agricultural landscape. Rubia galega, Friesian and Alpine brown cows are once again responsible for providing its milk. It is a soft cheese, made with either raw milk or pasteurized milk with little ripening time in most of its types, although the cured variety is also included within the Designation of Origin. With a thin rind, the Arzúa-Ulloa is soft, slightly acidic, and with a round and usually flat shape.

This is an unmistakable cheese that, according to its Regulatory Council, was among the favourites of Spanish kings over centuries. It is produced exclusively in thirteen municipalities in the mountainous east part of Lugo, in the surroundings of O Cebreiro, the entry point into Galicia of the French Way. It is shaped like a hat or mushroom and tastes somewhat acidic and even spicy. Made with milk from rubias galegas, Friesians and Alpine cows, the production of this full-fat and very creamy cheese is small, although not as small as it was in the eighties, before the Designation of Origin was established. At that time, only a handful of people were still producing this delicacy of the Galician mountainside.