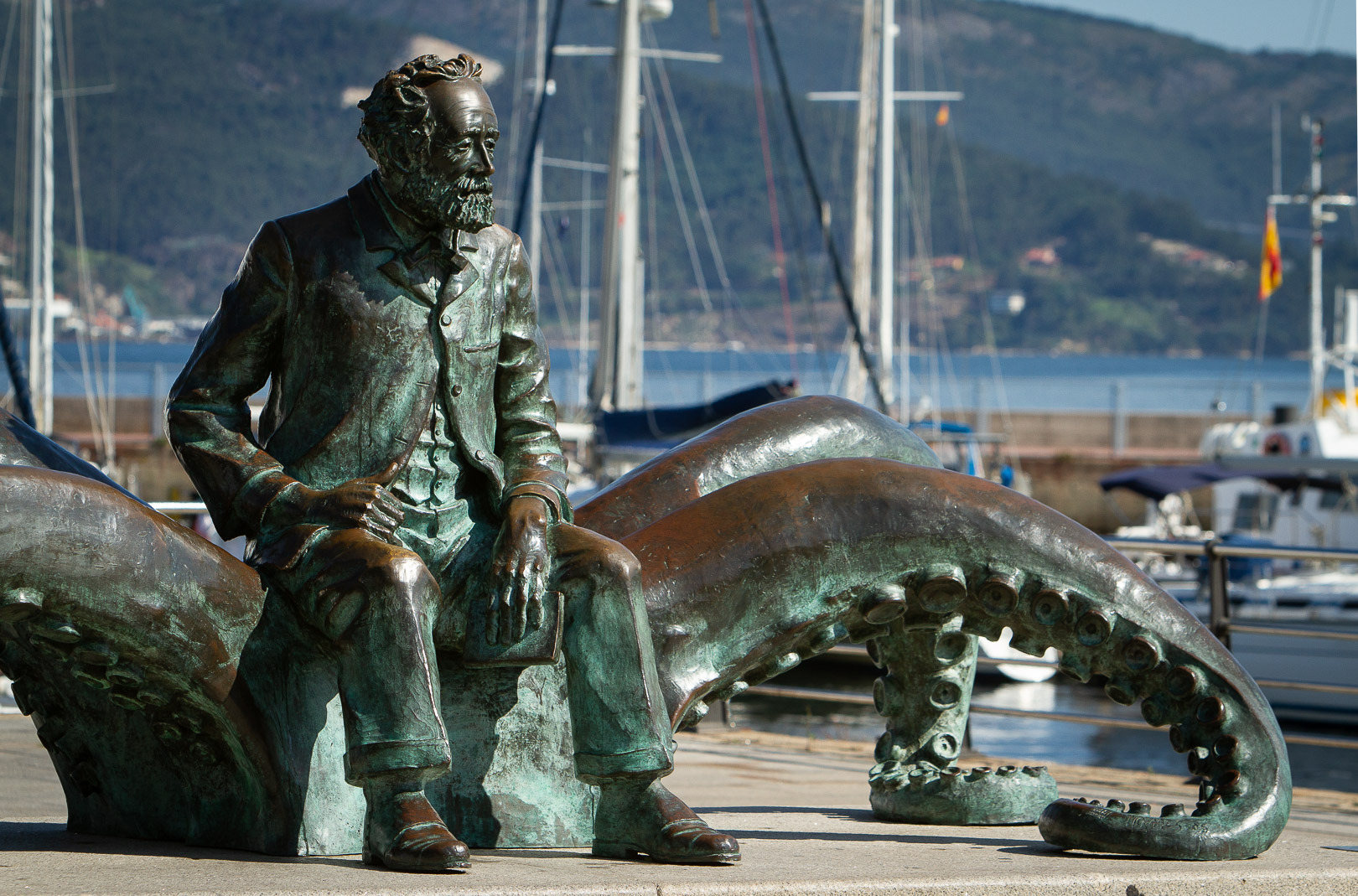 It’s been 150 years since the Nautilus entered the Ria de Vigo in the already famous novel of Jules Verne ‘20,000 Leagues Under the Sea ‘ and 140 years since his visit to the city. A city that he visited on two occasions -1878 and 1884- and where he left his mark thanks to the travel notes that detailed everything that happened throughout his stay in Vigo.

Verne participated in customs, traditions and parties as a local. From the moment he arrives at the port on June 1st in 1878 until his march on June 4th in 1878, the writer is fully integrated into local life. He falls in love with Vigo, and this is what the documents rescued by the Italian researcher Piero Góndolo della Riva confirm.

“I’ll talk to you about the places we visited; Everything is truly beautiful. Vigo, Lisbon, very beautiful, really, and they welcomed us very well everywhere, “This is how a letter to his friend and editor Pierre-Jules Hetzel described it.

Enjoying the local party, boating the San Simón bight or walking every day to the fort of O Castro, are just a sample of the activities the writer did in his visit. These are some of the steps that he followed and left him captivated by Vigo:

The Reconquista is the most emblematic celebration of Vigo. In it, it is commemorated what happened in the city on March 28th, in 1809, a popular uprising that managed to banish the French and turned Vigo into the first city that managed to expel the army of Napoleon from a conquered territory. Just as Jules Verne lived in his arrival in the city, the historic quarter becomes a huge market of the nineteenth century in which in any street or corner live clashes between Vigo people and French are represented.

“Party for independence regained in 1809 on the French. Fireworks. Music. Admission to the Casino. Recent church, murmurs, no chairs ” That’s what the writer of Nantes remembered in his notes. At that time, the Reconquista and the procession of the Christ of Victory were celebrated on the first weekend of June. Nowaday, the Reconquista of Vigo is the 28th of March (local festive).

It is the most beloved holiday for the Vigueses and a unique opportunity to visit Vigo in spring. The theatrical representations and the good atmosphere among the attendees reach their high point in the episode of Calle Gamboa, which simulates the demolition of the door of the town.

Route through the San Simón bight

Another of the places fetish of the writer is the San Simon bight, the stage of the Battle of Rande which he himself described in his novel. She met her sailing on her steamboat -the Saint Michel III- and contemplating the beauty of the landscape, especially her granaries and orange groves. “Sunday, June 2nd. Morning walk at 6 o’clock with Pierre. Steamboat. Bottom of the bay. Galleons. View. A veritable bay. Corn Barns. Orange trees. Return on board.”

Today, we can enjoy a similar experience with a guided tour of Isla de San Simón. Although before arriving at the pier that will take us to our destination, we can explore other charming places taking advantage of a route by car along the banks and surroundings of the cove.

The castle of Soutomaior or the lookout of Monte da Peneda on the San Simón bight will get you to understand the fascination of the novelist for this landscape.

Walk to the fortress of O Castro

Jules Verne walked every day to the fortress that surrounded O Castro. A polygonal-shaped fortress that is now open to the public for the enjoyment of a great botanical garden. It may be difficult to climb on foot, but the reward is worth it. On the way, you can stop and take a break at the anchors reminiscent of the Battle of Rande – the same battle that Jules Verne took as the stage for his novel -. And finally, continue until you reach the castle of O Castro and enjoy a perfect panorama of the city.

Without a doubt, a place of retreat near the city that allows disconnecting for a moment of the hustle and bustle of the city.

Let Vigo catch you, as he did with Jules Verne, and enjoy the favorite places of a passionate novelist who knew and joined the environment as if it were a neighbor.