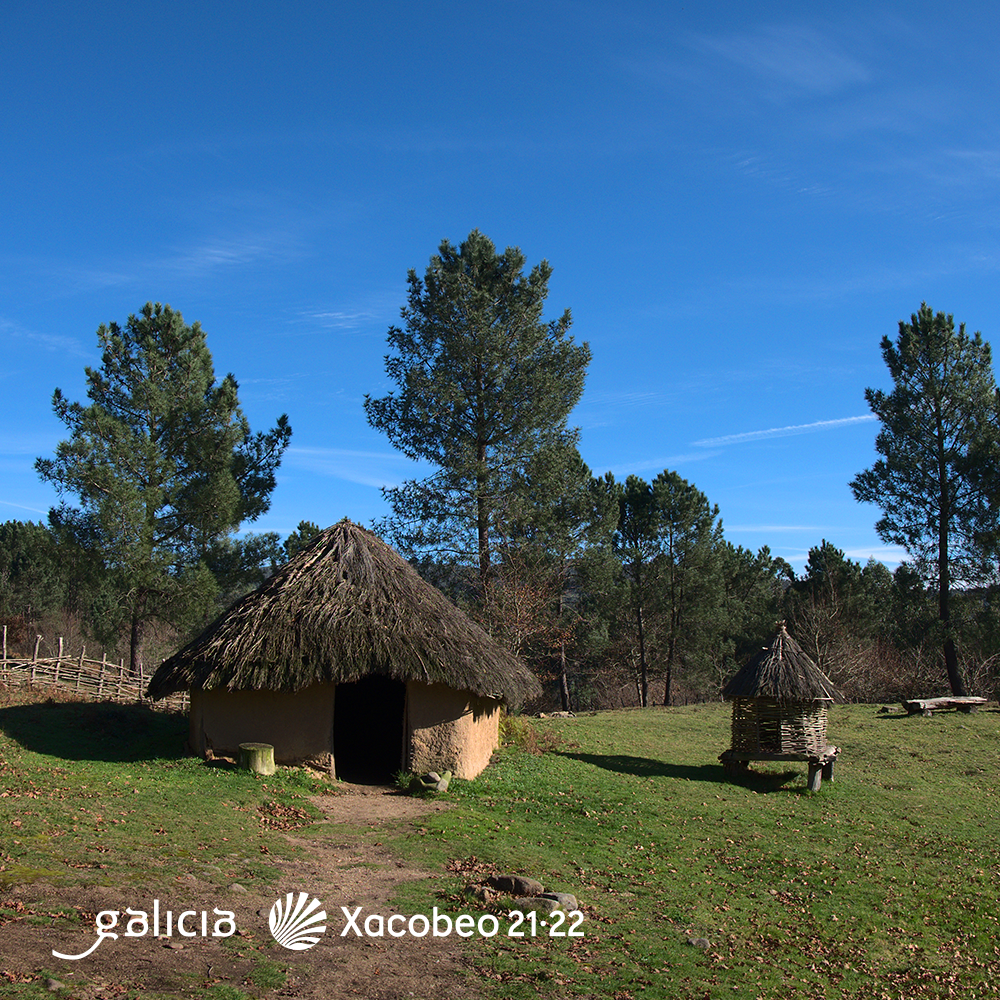 Four thousand years is what we would have to go back in time to know the origins of the enormous archaeological heritage that the municipality of Campo Lameiro (Pontevedra) treasures. But only a decade is the time that separates us from the inauguration of the centre designed to protect and disseminate this testimony in stone of our past. It was on 6 July 2011 when the Parque Arqueológico del Arte Rupestre (Rock Art Archaeological Park) de Campo Lameiro officially opened its doors, a space dedicated to petroglyphs where it is possible to learn about their origin and get closer to the world of the ancient inhabitants of the place who shaped them. Its opening was the formalisation of a project that was born almost three lustrums before and that came to confirm the importance of a site declared a historical artistic monument almost half a century ago and considered as one of the most important concentrations of rock art not only in the Peninsula, but in all of Europe. A decade after its opening, we invite you to discover this unique space.

An original building with an elongated shape and covered with stone slabs welcomes all those who come to the Rock Art Archaeological Park. Inside it houses a large exhibition area divided into nine sectors so that visitors can learn about the world of petroglyphs from different perspectives, including the process of research and enhancement of the Campo Lameiro site itself.

Traces of the past, Enigmas in the stones, Search and study, Uncovering the archives of the earth, 4,000 years ago, Stone against stone, Another view, New enigmas and The conservation of memory are the sections of this route that includes reproductions, explanatory panels, audiovisual content and even a section that recreates how the petroglyphs were created.

The interpretation centre also has a café-restaurant with a large terrace with beautiful views of the Campo Lameiro valley and a shop where you can buy souvenirs of the park, publications about the petroglyphs and local craft products.

If the interpretation centre is the gateway to the world of the petroglyphs, the visitable area is the jewel in the crown and the element that gives meaning to the whole park. A route of more than 4 kilometres in length, duly signposted and equipped with rest areas, invites the visitor to enter an authentic open-air museum that will allow him to contemplate some of the most outstanding examples of the rock art of Campo Lameiro.

The Laxes da Forneiriña, dos Cabalos and dos Carballos, the outeiros dos Cogoludos (I and II), das Ventaniñas and da Pena Furada, and the Fonte da Pena Furada are the eight stops on this itinerary designed to show the main motifs and scenes of the petroglyphs in the very environment in which they were devised and created around 4,000 years ago. Engraved in stone are figures such as deer, horsemen on horseback, labyrinthine structures and concentric circles.

A tour of the park also includes the chance to get a glimpse of what life was like for the people who shaped the rock art. This is possible through the life-size recreation of a small Bronze Age village made up of several huts, some structures for storing food, and enclosures for livestock, all built with the same materials used by the ancient inhabitants of the site.

To appreciate all it has to offer, the park has an extensive programme of activities designed for schoolchildren, groups of various sizes and families. The accompaniment of an expert guide allows you to discover all the secrets of the rock art, and taking part in the tours at dusk and even in the early hours of the night is a unique opportunity to contemplate the petroglyphs from a very different point of view.

But Campo Lameiro boasts of being the capital of rock art not only because of its archaeological park, but also because of the extensive heritage that extends beyond the limits of the site that was opened 10 years ago. The Pedra da Serpe, located in the Castro de Penalba, and the petroglyphs of Rotea de Mendo, Chan da Lagoa and Outeiro de Chan da Lagoa are other valuable and surprising sites that are well worth a visit. The council of Campo Lameiro has designed a route that starts from the municipal capital to discover them.