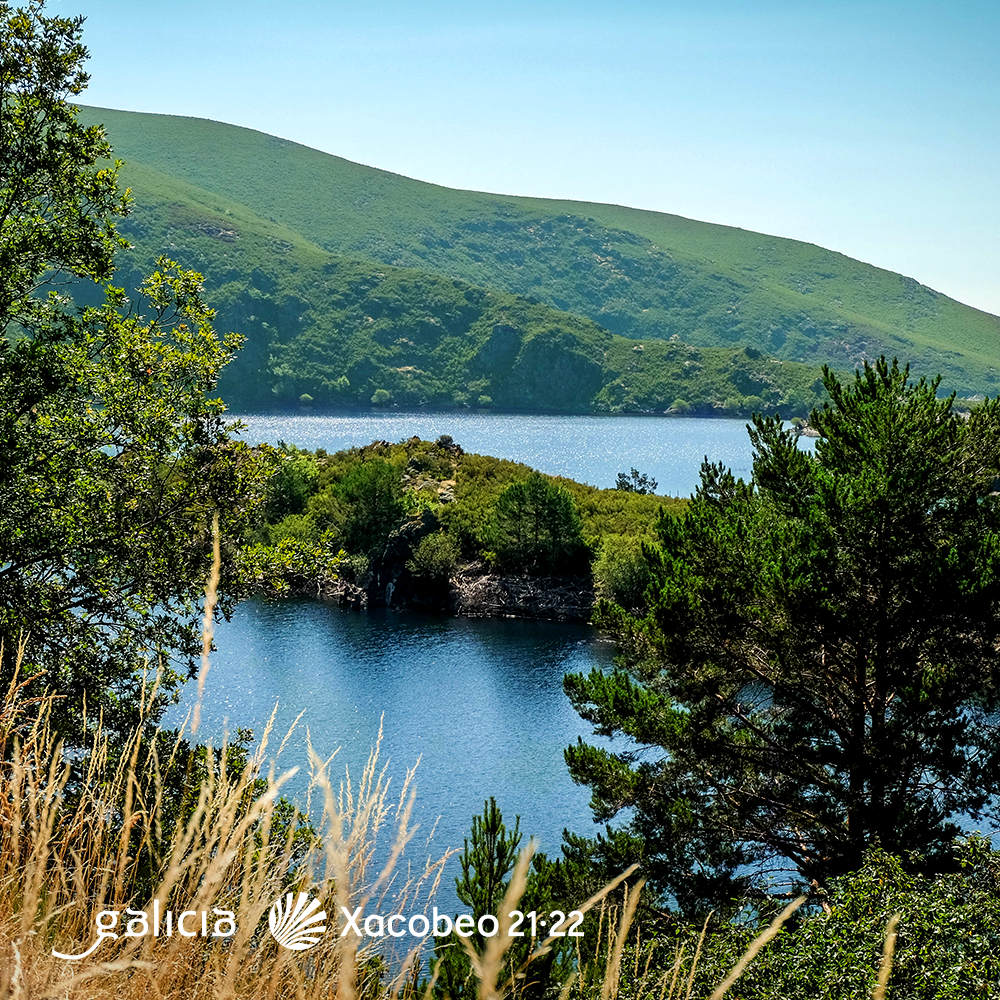 Parque Nacional das Illas Atlánticas de Galicia is the jewel in the crown of Galicia’s environmental heritage, but the community also has many other spaces capable of surprising and astonishing the visitor for its landscapes and its overflowing nature. Six of them have been declared natural parks and on the occasion of the European Day dedicated to these protected areas we invite you to discover them. Nature in its purest state, bucolic views that seem straight out of a postcard and the most absolute calm. When you visit these places, remember that their great ecological value, the beauty of their landscapes and the representativeness of their ecosystems make them spaces that we all have a responsibility to preserve. Do not miss this trip through the more than 50,000 hectares that make up the natural legacy of Galicia.

Dunar de Corrubedo and Lagoas de Carregal e Vixán Complex
Ribeira (A Coruña)
More than 1 km long, between 200 and 250 meters wide and 15 high, make the great dune the main attraction of this natural park. It is the largest mobile dune in the northwest of Iberian Peninsula. In addition, within the same park you can enjoy the paradisiacal beaches of A Ladeira and O Vilar.
A must-see are its two lagoons, very different from each other, one of fresh water (Vixán) and the other of saltwater (Carregal). These extensive areas of marshland form an extensive habitat of international importance in which waterfowl are the main protagonists. The park has a network of paths that allow to not invade the protected areas, guiding its visitors in a complete and respectful way. In the vicinity of the protected area, the viewpoint of Pedra da Ra offers its visitors an impressive panoramic view that encompasses the entire Natural Park.

Fragas do Eume
Cabanas, A Capela, As Pontes de García Rodríguez, Monfero and Pontedeume (A Coruña)
This 9,125 hectare natural park can boast of being the best preserved coastal Atlantic forest in Europe and one of the few of its characteristics in the entire continent. A unique space in which to leave the routine of cities behind and connect with nature. This extraordinary botanical treasure on the shore of the River Eume, which has survived harsh winters, droughts and even fires, keeps the mark of time inside. Hand in hand with its inhabitants you can immerse yourself in its history: 28 species of ferns that have populated the forest since the Tertiary geological period, oaks, chestnuts and centenary birches, more than a hundred species of birds, forty-one of different mammals, fish, species endemic to invertebrates and reptiles difficult to locate elsewhere such as the Iberian frog or the long-tailed salamander. Two monuments from medieval times are also hidden in this green landscape: the Monastery of San Xoán de Caaveiro, which in the heart of the fragas offers a spectacular view of them, and the Monastery of Santa María de Monfero, which stands out the unique facade of its baroque church.

Among the 6 parks that make up this selection of natural spaces in Galicia, Baixa Limia and Serra do Xurés is the largest. With an average altitude of 1,000 meters and an area of ​​30,000 hectares, this natural park stands out for its extraordinary landscape, engraved in granite stone and for its wide range of greens. It forms, together with the neighboring Peneda-Gerês National Park, in Portugal, the nucleus of the Gerês-Xurés Transboundary Biosphere Reserve. Its visitors will be able to travel more than 130 km of conditioned trails observing the typical “granitic skittles” or “pedras cabaleiras”, of glacial origin that dot its landscape. Looking up at the sky you will surely scan some of the 150 species of birds that live in the region, on whose summit, the golden eagles watch over the territory. With what they will surely cross will be with some of the mammalian specimens that inhabit this park such as roe deer, mountain goats, horses or Cachena cows.

O Invernadeiro
Vilariño de Conso (Ourense)
Massif Central Ourense protects the Natural Park of O Invernadeiro among its mountains. The great attraction of this park is that it does not have human populations within its limits. Everything is nature. Its extensive landscapes of steep mountains bathed by numerous rivers, connect its visitors with the natural world, in which everything is silence and peace. Another of its charms is found in its extensive fauna of mammals, among which you can see roe deer, deer or wild goats. The landscape of this park takes great changes through the four seasons of the year. Its beautiful green-upholstered peaks are dyed in warm golden tones with the arrival of autumn and then turn white with the winter snow, covered in mauve colors with the heather in the spring. We are sure that you decide when you decide to visit O Invernadeiro the experience of knowing this paradise will be unforgettable.

Serra da Enciña da Lastra
Rubiá (Ourense)
Located in the valleys of the River Sil, the Serra da Enciña da Lastra Natural Park forms a unique space in the Galician landscape. Its limestone rock peaks and its flora respond more to the Mediterranean area than to the Galician massif in which history is written in granite. With forests made up of species such as holm oaks, chestnut trees, oregano, wild thyme or its more than 25 kinds of orchids, the Serra da Enciña shows that nature sometimes has its own desires. Legend has it that a famous oak was in charge of giving this park its name. According to the story, this large tree guided travelers through the crossroads of these places. Visitors who decide to get to know this natural park will be able to enjoy its curious landscape by walking its hiking trails or observing the views from any of the 9 viewpoints it has. It is also interesting to know the villages nestled in this natural space, making a stop to appreciate the beauty of its abundant religious heritage.

Monte Aloia
Tui (Pontevedra)
Declared a Natural Park on December 4, 1978, Mount Aloia was the first space in Galicia to be protected under this figure. Despite being the smallest of the 6 parks in the community, visitors will be able to enjoy numerous activities in this idyllic setting. It has an extensive network of paths that can be traversed, up to 6 viewpoints from which to contemplate the natural wealth of this enclave and a multitude of picnic areas in which to enjoy this beautiful natural environment. Numerous legends spice up the history of this forest, of which 80% of its surface is covered by trees. Entering this scenario we will enjoy a journey through space and time through prehistoric and Roman remains.