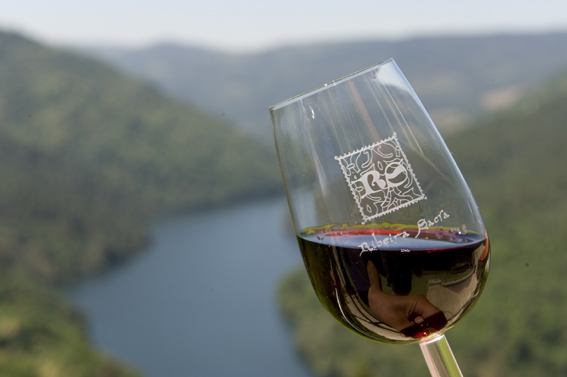 The Ribeira Sacra is formed by a group of 20 municipalities belonging to the southern part of the province of Lugo and the northern part of Ourense, both in the inland of Galicia. The element that brings them together is the watercourse of the Miño, Sil and Cabe Rivers. That flow to their confluence through throats and canyons with a strong verticality, forming a unique landscape and a singular land. The result of this legacy is the Sil and Miño land, with a valuable heritage of monasteries – which irradiated art, culture and progress to all of Galicia. Hence the name Ribeira Sacra (Rivoyra Sacrata), of which there is evidence since the XII century; all along it we can find monasteries like those of San Estevo de Ribas de Sil (today it’s a Parador), Santa Cristina, San Pedro de Rocas, Xunqueira de Espadanedo, Montederramo, Ferreira de Pantón, churches such as those of San Paio de Diomondi, San Miguel de Eiré,…. – . In this territory we also find dolmens and megalithic tombs that evidence a very early settlement, continuing with important traces of a Roman presence. The spectacular viewpoints over the Cañón del Sil (Sil River canyons) is a must to admire the monumental landscape. On the sunny banks the vineyards descend in terraces almost up to the river while a growth of oaks, chestnuts and birches complement from the other bank of the river the chromatic richness of the panorama; the particularity and difficulty of this orography lets us talk about the Heroic Viticulture of the Ribeira Sacra .

The D.O. Ribeira Sacra is formed by five subzones: Amandi, Chantada, Quiroga-Bibei, Ribeiras do Miño and Ribeiras do Sil. It is a wine producing area with an extension close to 6,18 acres of vineyards, that represents the 5,2 % of the ground dedicated to wine producing in Galicia. It is a territory which keeps the essence of the Galician wines, very linked to the Saint James’ Ways, the internationally known Camino Francés (French Way) (through the subzone Ribeiras de Miño, in the Lugo municipalities of Paradela and Portomarín), and that of the so called Camino de Invierno (Winter Way), where the subzones of Quiroga, Amandi and Chantada are located, and that part of which goes along and ancient Roman road.

The preferential varieties of white grapes are Albariño, Treixadura, Doña Blanca, Godello, Loureira and Torrontés. Among the red grapes, which are the majority, the preferential ones are Mencía, Brancellao and Merezao and also authorized are Garnacha, Mouratón or Negreda. The white wines are fruity and with a fine touch of acidity, with a slight aftertaste and a delicate presence on the palate. The reds stand out for their clean, elegant and intense fragrances and their brilliant cherry color and purple trim. Balanced and well structured, they result to be round wines and generous in the mouth. 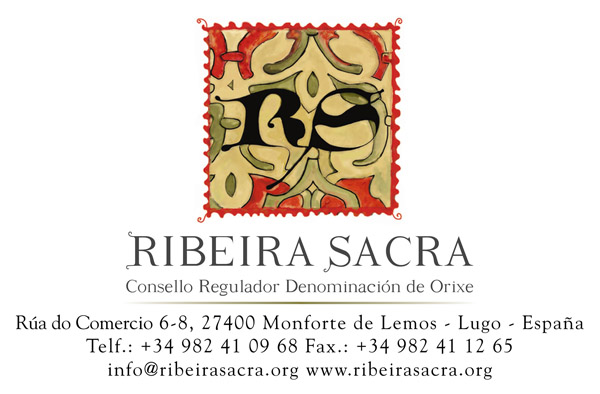