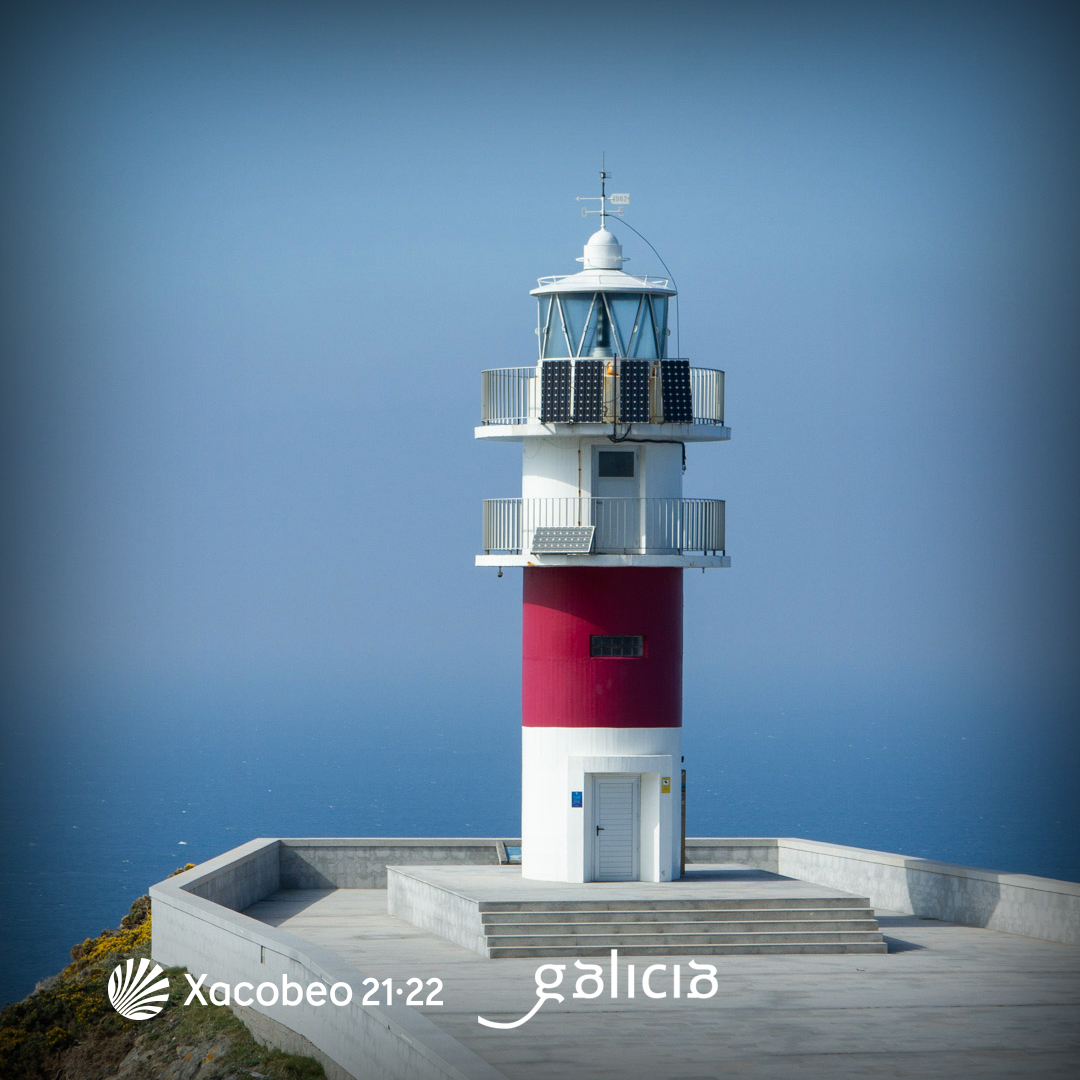 The Galician coastline is complicated, full of inlets and outlets and small islands. This also makes it rich in fishing, ecological diversity and landscape. Even if it does not seem like it, Galicia is the autonomous community with the longest coastline, so it is not surprising that there is so much lighthouse. So many capes and estuaries need good lighting. By the way, most of the lighthouses were built in the 19th century, according to the Plan de alumbrado de las Costas de España (Lighting Plan for the Coasts of Spain) of 1847, under the reign of Isabel II.

Starting in the northeast, still in the Cantabrian Sea, we can take a tour following the map through the most prominent lighthouses.

The first one that we find on the Lugo coast is that of Island Pancha, in the westernmost part of the Ribadeo estuary. Actually there are two: one from 1857, today tourist accommodation, and another from 1983.

About 100 km to the west, we arrive at Cape Estaca de Bares, already in A Coruña, in the municipality of Mañón, between the estuaries of O Vicedo and Ortigueira. We are in the northernmost point of the entire peninsula. The lighthouse has been in operation since 1850. A few meters away is the Estaca de Bares Ornithological Station, an important observatory for migratory birds, especially gannets, shearwaters and cormorants. Towards the cliffs we can see the remains of five mills on the slope.

Traditionally, Bares has always been taken as the border between the Atlantic and the Cantabrian Sea. But, according to the International Hydrographic Organization and the National Geographic Institute, the symbolic dividing line is at Punta dos Aguillóns, at Cape Ortegal, at the other end of the Ortigueira estuary.

After Estaca de Bares, this is the second northernmost lighthouse. It is in Cariño, between the Ortigueira estuary and the Teixido cliffs. From here you can see the cliffs of Limo to the west and Os Aguillóns to the east. And also, if it’s not cloudy, Estaca de Bares. The feeling of being in an infinite landscape is accentuated by knowing that the cliffs are made up of rock formations of black granite, the oldest stones in the world. Very close to there, in the Serra da Capelada, between the cape and Santo André de Teixido, we have the cliffs of Vixía Herbeira, the highest in Continental Europe.

Now getting into the Ártabra Coast, another good lighthouse is Cape Prior, north of Ferrol, in the parish of Covas. Active since 1853, it was formerly a strategic point of military defense.

If we continue capes and bays we arrive at the only Roman lighthouse that is still standing in the world. And the one that has been in operation for the longest time (2nd century AD). It’s changed a bit since the neoclassical remodel, of course. Since the 15th century it has become a symbol of the city. And it was declared a World Heritage Site by UNESCO in 2009. Yes, it is the Tower of Hercules.

There are many legends regarding its construction. Alfonso X refers us to a Hercules who conquered the giant Gerión, erecting the tower to commemorate the event, with Gerión’s bones buried underneath. Other stories speak of the Tower of Breogán, from which Ireland is seen, which will be conquered by Mil, Breogán’s grandson. Other stories relate it to a mirror in which a paradisiac island was reflected, to which the monk Trezentario marched and remained there for seven years. And there are still more…

And we went down to the Costa Ártabra to the border with the Costa da Morte. Here the work of the lighthouses is very important, because of the danger posed by the sea. The first is that of the Sisargas Islands, in Malpica. The lighthouse is in Sisarga Grande. The current one was built by the residents of Malpica in 1915, next to the old one. This had been one of the oldest on the Costa da Morte (1853), along with the one in Fisterra. The islands are declared a Special Protection Area for Birds (ZEPA), a paradise for seagulls and guillemots.

The second largest lighthouse on the Costa da Morte, after that of Fisterra, is that of Cape Vilán, in Camariñas. The old one is from 1854 and the new one from 1860 (the first did not save the rock out of the cape, so there was no good visibility). It was the first electrified Spanish lighthouse. There is the A Costa da Morte Shipwreck Interpretation Center. By the way, it is the one with the longest range in all of Galicia: 28 miles.

Another key lighthouse in A Costa da Morte is that of Cape Touriñán, in Muxía. south of the Camariñas estuary. It is located at the westernmost point of the peninsula. It has an old lighthouse, from 1898, and a new one, from 1981. In this cape there is the peculiarity that during certain dates in the year (between March 22 and April 25 and between August 18 and September 19, approximately), we can contemplate the last sunset in Continental Europe.

The last cape of A Costa da Morte is that of Fisterra, which leads to the Rías Baixas. The Romans considered it the end of the known world. It has always been said that the end of the Way of Saint James was made here, when the pilgrims burned their clothes on the seashore and began their return home (supposedly with other clothes). The lighthouse is from 1853. In 1888 a siren was installed because of the fog, which was called «the Fisterra cow».

The Rías Baixas are more open and safer, so there are not so many lighthouses. If we want to contemplate good views of the Cíes and the entire Vigo estuary, we can go up to the Cíes lighthouse, which gives its name to the mountain and the island that welcomes it (O Faro).

In Baiona, the last important cape in Galicia is Cape Silleiro, with a lighthouse from 1866 and a new one from 1924. In the 40s it was a military enclave, with coastal artillery installations, which were abandoned in the 80s.

And if we continue down the coastline we find the Montedor Lighthouse, in Viana do Castelo. How, have we already arrived in Portugal? Then it is time we leave the review of the illuminated Galicia…