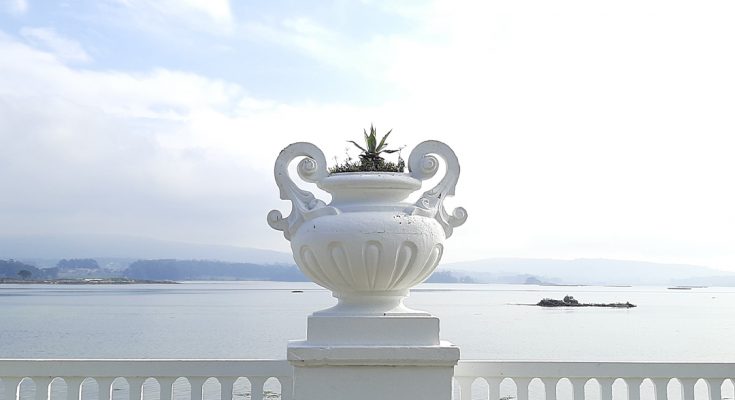 How about a nice bath? Isn’t it summer? And what else gives? We have waters at very pleasant temperatures at any time of the year. And, above all, of superior quality, with very healthy properties. So come on, swimsuit, flip-flops, towel and… let’s go: thermal destination!

To locate thermal waters (hot mineral waters), there are clues that never fail: the passage of a good river; the passage of the Romans, great fans of baths; and the toponymy of the place (how many places are there called Caldas, Caldelas, Baños, Burgas…). Conclusion: there is a lot of that here, then many hot springs as well. So many that Galicia is one of the areas with the most thermal resources in all of Europe.

In addition to the outdoor hot springs, whether public or private, we can enjoy the benefits of these waters through fountains, where hydropinic cures (that is, drink water); and of the health resorts, thermal stations that offer treatments under medical supervision. For some time now, spas have spread, offering hydrotherapies with artificially heated non-medicinal water, and thalasso, in which the water comes from the sea. The queen of the hot springs is Ourense, with more than 70 cataloged springs. Suffice it to say that the capital is known as A cidade das Burgas (the city of the Burgas). In the same urban center, from these springs the water sprouts at more than 60 degrees. Next to it is a public thermal pool and the remains of a balnea (Roman baths).

In the same city, if we walk along the riverbank, past the Millennium Bridge, and take a walk along the Termal Walk of the Miño, we see something unique. How is it possible? Where have you seen so many hot springs in a 5 km walk? And almost all public and recreational use! As if that were not enough, if we are short of energy, we can take the train from the hot springs, which leaves from the Main Square and stops at each of them.

The first ones we find are the A Chavasqueira hot springs, still not recovered after the 2019 fire. It had several pools and garden areas, and a payment area at the top, for beauty therapies and others. The next ones, leaving behind the fountain-viewpoint of O Tinteiro, are those of O Muíño da Veiga, at the foot of an old restored mill, and with a green area, too. It is followed by the Japanese-inspired Outariz hot springs. These, private, offer more services, such as indoor hot springs, two circuits and various treatments. The last ones are Outariz e Burga de Canedo, the largest thermal center in Ourense, with hot and cold pools, garden areas, and a park with swings. The tour ends at the Reza fountain, on the Paseo de las Ninfas.

In general, in these hot springs the emanation temperature is around 60 degrees and that of the bath is around 40. Before going inside, we must take into account the recommendations of each thermal space, as there may be specific mineral temperatures or conditions that are not suitable for certain physical states or ages.

Already out of city, Miño below, we find more thermal points: Laias, with health resort, Castrelo de Miño, with the remains of Santa María’s baths, and other disappeared after the construction of the reservoir; Ribadavia, with the hot springs of Prexigueiro, some private and other public, on the bank, surrounded by trees. Following down we still have the thermal village of Arnoia and that of Cortegada and, with the course of the river, those of Melgaço and Monção (in Portugal) and that of Tui Caldelas.

If the Miño river leaves a thermal footprint, the Limia river is not far behind. In the Natural Park Baixa Limia-Serra do Xurés we can visit the thermal village of Lobios, next to the Roman deposit of Aquis Originis, one of the mansio (like a hostal) that was along the Nova Via, the roman road between Bracara Augusta and Asturica Augusta, with thermal complex included, of course. Lobios has a health resort and, outdoor, on the shore of the Caldo river, affluent of Limia, public pool of hot springs and river beach.

Another very Roman stop is Bande. There, next to the archaeological vestiges of Aquis Querquennis, we can give us a good bath, precisely in the area known as Baños de Bande (Bande Baths). The pools were hidden a long time for the As Cunchas reservoir, which sometimes plays hiding with them.

In Lugo there are also remains of Roman baths, on the river walk of the Miño. There, in the early journey, the Lugo spa rises, where the remains of the apodyterium, or costumes, and a vaulted area of the ancient hot springs are preserved.

In the Rías Baixas there is a Route of the Thermal Villas. Some, with the old bathhouses disappeared (Catoira, Pontecaldelas, Vila de Cruces) and others still in operation and being renewed with the new times (Caldas de Reis, Mondariz-Balneario, O Grove).

In the province of A Coruña there are also springs used by health resorts such as Carballo, Arteixo or Brión.

Galician health resorts were very fashionable at the beginning of the 20th century. It seems that they take us to a world of luxury and relaxation where time does not exist. Among the historic ones, A Toxa stands out, which today also has a thalasso; that of Mondariz, the favorite of Pardo Bazán; Cuntis, the largest in Galicia; the Dávila de Caldas de Reis, standing since 1780; that of Guitiriz, from 1908, currently closed; Lugo, with its Roman baths; that of O Carballiño, renovated in 2017; and Augasantas da Ribeira Sacra, of which the ruins remain near the new one; or the one in Baños de Molgas, from 1873.