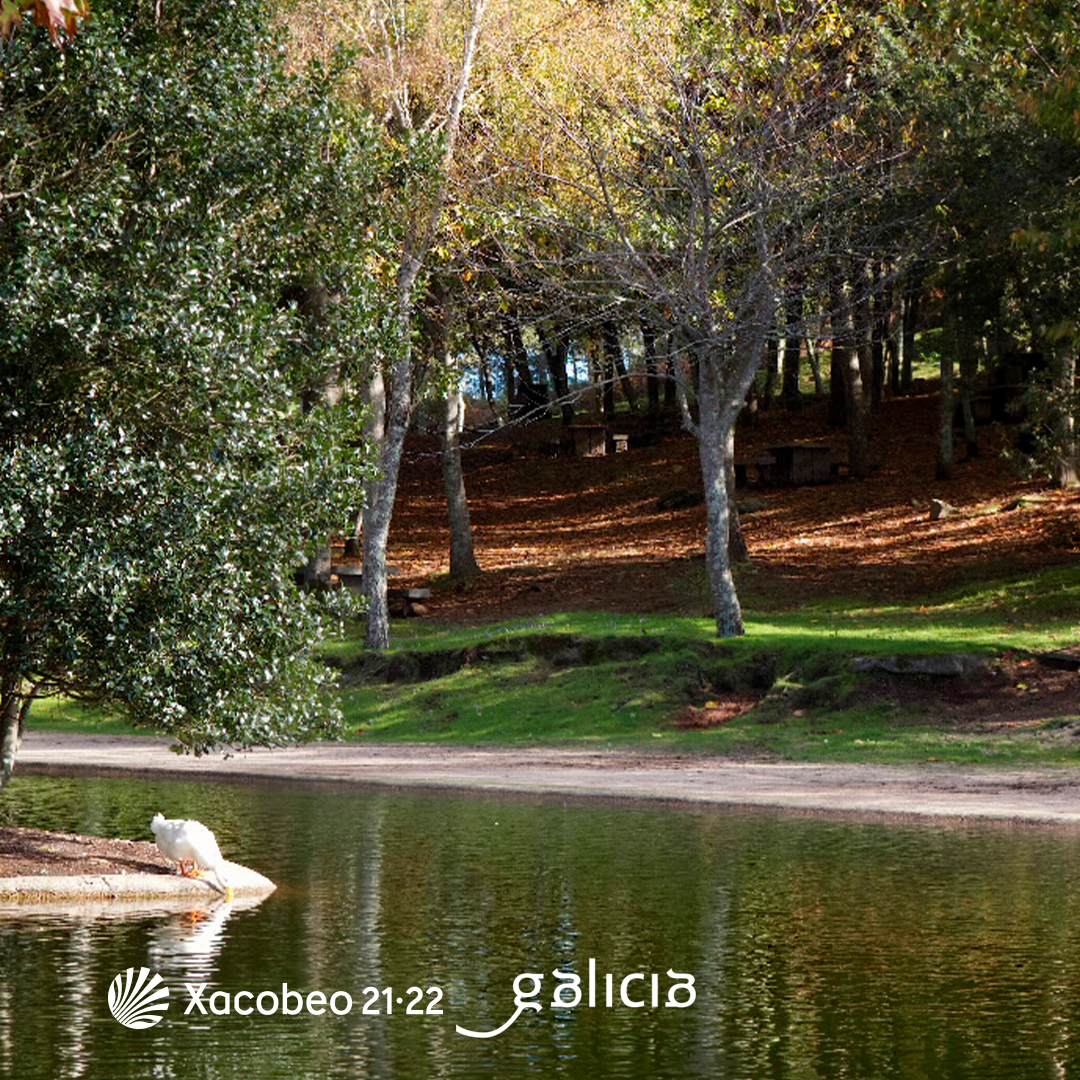 Located in the parish of (Santo André de) Valadares, in the concello of Vigo, the Monte dos Pozos is a viewpoint and a green and recreational area that offers spectacular views of much of the city, the estuary and the Illas Cíes from its 397 meters high. This mountain is part of the Serra do Galiñeiro, a mountainous complex that passes through the concellos of Vigo, Gondomar, O Porriño, Mos and Tui, forming a not very pronounced NW – SE diagonal in the south of the province of Pontevedra. In addition to the Galiñeiro (maximum height of the sierra with 711 meters), in the mountain range that takes its name, there are also Monte Aloia, a natural park, and the Alba and O Cepudo from Vigo, which, in the same way as Monte dos Pozos itself, form a forest park and serve as perfect viewpoints.

The Monte dos Pozos Forest Park, which is 11 hectares in size, has an artificial lagoon where fish and some ducks live that are fed daily by the owners of the only restaurant in the place. A wooden bridge crosses the lagoon, into which a small stream empties after a few short waterfalls. In the park there are also several stone benches and tables for the use of visitors. Most of the trees that populate the mountain are pine trees, except for the varied riverside vegetation.

It is an ideal place for children to see some forest without having to go far from the city.

Nowadays, Monte dos Pozos is one of the best viewpoints in the city of Vigo, provided with a bar and restaurant, tables and even barbecues. It is a natural space that allows the recreation of its visitors, who, while enjoying nature, will be able to enjoy the views of the city, the estuary and the Cíes. 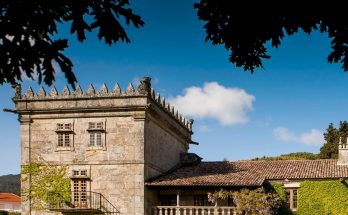