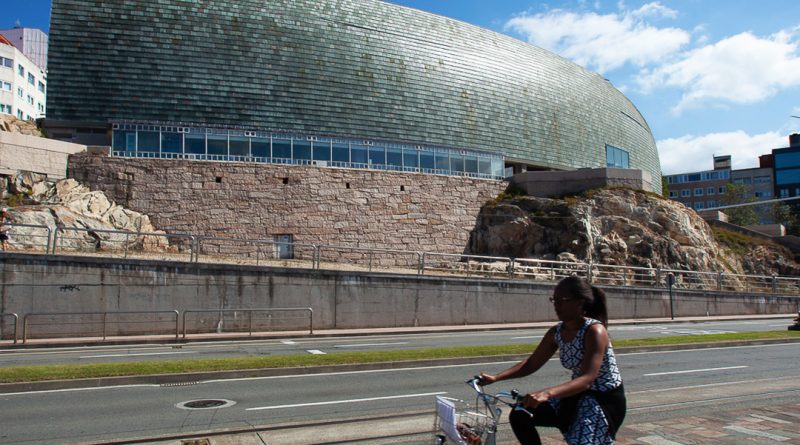 The cities that most connect with the world of today and with the future, have container buildings of art, science, history… that only by themselves have a lot to say. Many stand as works of art and end up being symbols of the new times. In Galicia we have very significant examples.

Perhaps the first that comes to mind is the City of Culture (2011), on Mount Gaiás, in Santiago de Compostela. This architectural complex, which is already part of the mountain, was designed by Peter Eisenman (except the Hejduk Towers, by Hejduk and the Fontán building, finished by Perea). As its name indicates, we are not looking at a museum but a city, with streets, squares, gardens and even a skate park! It has so much to do with it that even commented architectural visits are made. Different spaces have different uses: Galicia Library, Galicia Archive, Entrepreneurship Center (with co-working space and business incubator), Centro Gaiás Museum (houses temporary exhibitions), Cultural Innovation Center (AMTEGA headquarters, Agency for the Technological Modernization of Galicia, and of the CPDI, Integral Data Processing Center), Torres Hejduk (exhibition space). Yes, we can say that the city is quite complete. There are exhibitions, concerts, fairs, theater and dance shows…

Still in Santiago, other contemporary references of great value are the works of Álvaro Siza, Pritzker Prize winner in 1992, such as the CGAC (Galician Center for Contemporary Art, 1993) or the Faculty of Communication Sciences (1999).

Another emblematic building of modern Galicia is the Domus (1995). It is in A Coruña, facing the sea, and claims to be the first interactive museum in the world dedicated entirely to human being. It is the work of Arata Isozaki, also Pritzker in 2019, who conceived it as a boat with a sail facing the sea, dodging the winds towards the future. Regarding the content, the participatory concept of the House of Sciences (1985) is followed, but in relation to the human being (evolution, body, mind, genetics …). It has more than 150 interactive modules, in addition to temporary exhibitions, a 3D cinema room and an open laboratory. Together with the Casa de las Ciencias and the Aquarium Finisterrae (1999) it is part of the Coruñeses Scientific Museums. By the way, the city also houses another scientific museum, this one of a state nature: o MUNCYT (2006), in the Prisma de Cristal building designed by Victoria Acebo and Ángel Alonso.

And, speaking of interactive museums and emblematic buildings, there we have the MIHL (Interactive Museum of the History of Lugo), from 2012. It was erected at the time when Lugo’s wall was declared a World Heritage Site. It was designed by the Nieto Sobejano team. They call it «museum-park», since it is subtly integrated into the La Milagrosa park, to the north of the city. Its design, based on cylindrical structures, is inspired by the wall.

We can take a tour of the most salient recent architecture at the University of Vigo, on the Lagoa-Marcosende Campus, better known as CUVI. Already in its remote origin, in 1977, Desiderio Pernas had made the University College, which is currently the Faculty of Philology and Translation. Since then, extensions have been added that make the campus a true sample of the best contemporary architecture in the middle of the mountain. But it is not a sample book, they are living buildings that interrelate and integrate perfectly into the environment. The central axis is the Aulario (2003) and the Rectorate (2006), by Miralles e Tagliabue. Also noteworthy are the Central Library, by Pilar Díez and Alberto Noguerol (1995), the School of Telecommunications Engineering and the School of Mines and Energy (2003) by César Portela and Gabriel Santos Zas, the university residence O Castro (2002) by Penela… The most recent intervention on the campus is from 2011, the Center for Industrial Technological Research, also by Penela, which still has three more buildings there. In 2021, the university’s institutional and R&D&I headquarters were inaugurated in O Berbés, a rehabilitation of three buildings in the old town by the Abalo Alonso team.

Already in the center of Vigo, another significant building from this century: the COAG headquarters (2008), designed by Irisarri and Piñera. It is an example of sustainable architecture, with a polycarbonate and glass facade. It has the peculiarity that during the day it takes advantage of sunlight and at night it illuminates the exterior from within. A hidden surprise behind a central street in Vigo. Another outstanding work in the city is the Museo del Mar (2003), based on a project by Aldo Rossi and completed by Portela, which seems to have been taken from a painting by De Chirico.

In Pontevedra, the modern is mainly given by its ecological and sustainable urban model, which also means that the architectural interventions are cared for. An example of this is the expansion of the Pontevedra Museum, made by Celestino García and Javier Reboredo in 2004.

In cities with rivers, such as Pontevedra and Ourense, the new bridges also design the new landscapes. There we have the Ponte dos Tirantes (Braces Bridge, 1995), in Pontevedra, by Troyano and Manterola or the Ponte do Milenio (Millennium Bridge, 2001), in Ourense, by Varela and Calvo.