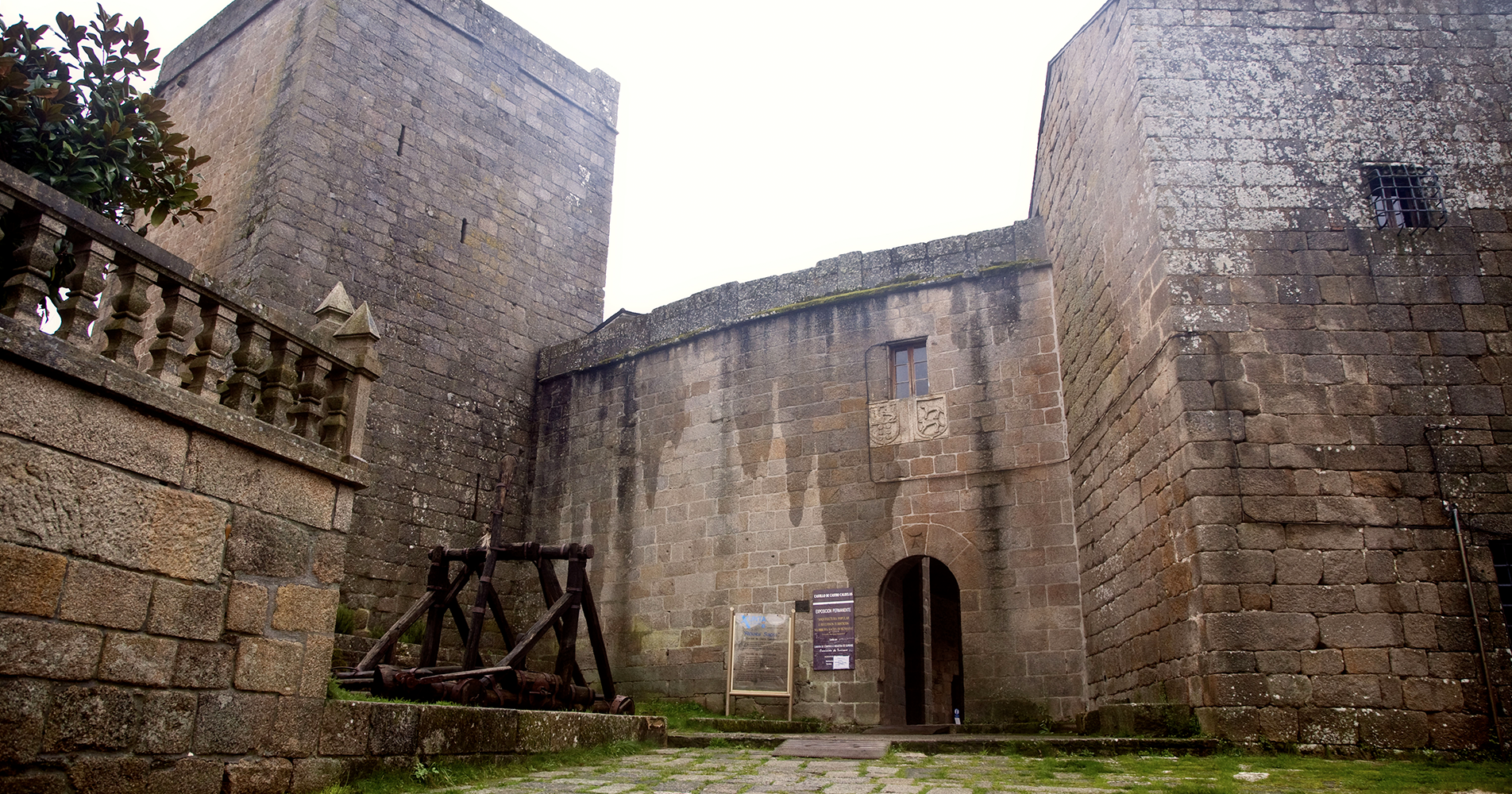 The Most Beautiful Towns of Spain association expanded a few weeks ago its list of locations outstanding for their beauty and upkeep. Among the new additions are two Galician towns, Mondoñedo in Lugo, the birthplace of writers such as Álvaro Cunqueiro and Leiras Pulpeiro and holder of a spectacular cathedral; and the small town of Castro Caldelas, in the province of Ourense, a place located amidst the Ribeira Sacra, Terras de Trives  and the central massif of Ourense..

This privileged geographical situation meant that practically all the folk that passed through Galicia throughout history have left their mark here. The name of the town itself speaks of its importance in times of Roman forts, and even before then, given the large number of petroglyphs and dolmens in the area.

All in all, it was the Middle Ages that shaped Castro Caldelas as we know it today…as it’s easy to see when you gaze upon the town from afar. A tip: if possible, it is highly recommended to arrive by the road that ascends from the Sil, a steep climb with the tower guarding the last kilometres of the route. The spectacular castle dates back to the beginning of the fourteenth century and was part of the House of Lemos patrimony. During the Irmandiña (“brotherhood”) Revolt, between 1467 and 1469, it suffered, like so many other fortified enclosures, from the rage of the upraised peasants, who partly demolished, although the final victory of the lords forced them to rebuild it. At the end of the eighteenth century it was passed to the House of Alba, already converted into a noble residence. During the War of Independence in 1808 the tower was set on fire by the French troops, and at the end of the twentieth century the House of Alba ceded its use to the city council.

Currently, converted into a centre of interpretation of the region, it can be visited in its entirety and is a master class on how castles were built in its time, with thick walls delimiting the contour, a central courtyard with porticos and the tall homage tower dominating on one side the high mountains of the central massif of Ourense and on the other the lands that descend towards the Sil. Castro Caldelas also had a special relevance in the history of Galicia. With the fortress and the monasteries of San Xoán de Camba and San Paio de Abeleda as protagonists of daily life, the centuries of the Middle Ages were especially fertile here. At the beginning of the thirteenth century, king Alfonso IX granted it privileges signing the Forum of the Burge of Castro Caldelas, of 1228, which happens to be one of the first written expressions of the Galician language.

The month of January is especially suitable for visiting Castro Caldelas. The mountains that surround the town are usually crowned with snow, which adds to their beauty, and, in addition, the town hosts one of its most traditional festivals, the Festa dos Fachós (festival of the torches). It is celebrated on the 19th, on the eve of Saint Sebastian’s day, and in it the neighbours walk in procession from the church of Os Remedios and around the castle carrying large lit torches illuminating the darkness of the night. The celebration is a perfect excuse to stroll along the narrow and twisted streets, truly medieval, and see the wooden galleries that adorn many of the oldest houses. If, due to winter’s characteristic weather, you are overtaken by the cold halfway through your walk, do not despair: in any cafeteria in town you can warm up with a cup of coffee and a piece of the tasty bica made at local bakeries, a variety of sweet, spongy cake that enlivens the spirit.