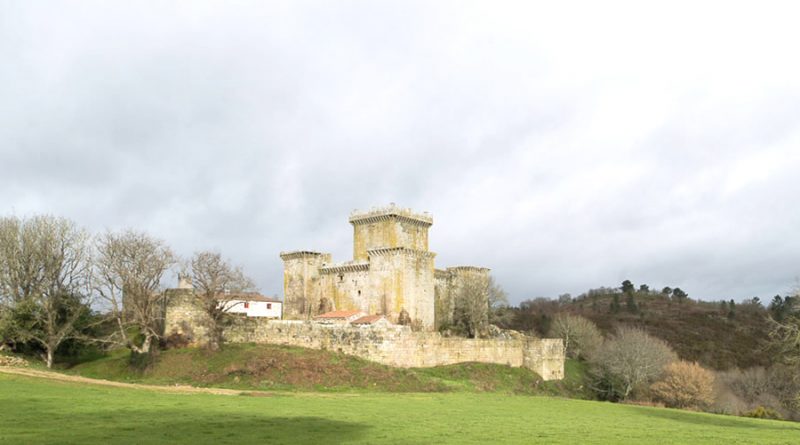 Although it seems incredible to go back to the Middle Ages -even if it is in a punctual way- it is possible. In Palas de Rei, a municipality in the province of Lugo, an architectural marvel is preserved that each year consolidates its tourist attraction with more and more visitors. Specifically, we refer to the Castelo de Pambre, today considered a Site of Cultural Interest and one of the best examples of medieval military architecture in Galicia.

This is a construction of the year 1375 -approximately- work of Gonzalo Ozores de Ulloa, which stands out for being perched on a hill on the banks of the River Pambre. The square-shaped castle is surrounded by an irregular wall that adapts to the characteristics of the area’s terrain.

The nucleus of the complex is presided over by a large tower -also with a square plan- that rises to a total of three floors. Custody of this ‘master’ tower are four others of similar characteristics but smaller in size. All of them with crenellations in point or triangle that crown the fortress and that, formerly, were used to protect against possible external attacks.

For its part, to access the inner courtyard, the entrance surprises us with a linteled gate in the wall itself, in which you can also see the coat of arms of the Ulloa family. Once inside, it is almost obligatory to go around carefully and appreciate the architectural details of the granay and the Romanesque chapel of San Pedro, which are preserved within the castle walls. 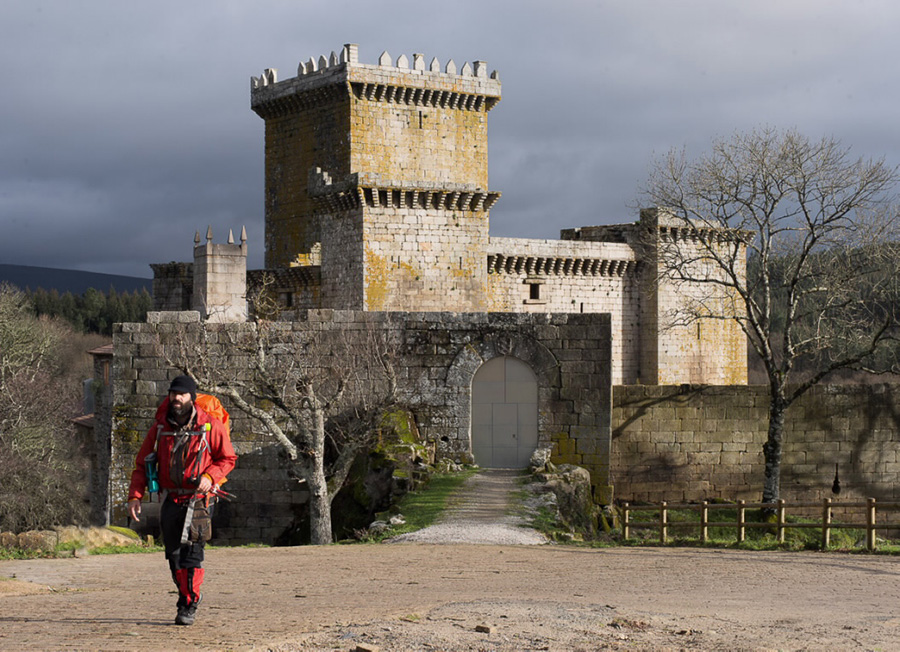 Now, architectural details apart, did you know that Castelo de Pambre was a myth within the irmandiña fight against the feudal lords of the time? The fortress was one of the few that managed to resist the attack of the Irmandiños in 1467. The truth is, it’s no wonder it arouses so much interest.

For those who are interested in a visit to the facilities, it is necessary to take into account their opening hours. Whether you organize the visit in advance or if it comes up as a spontaneous plan, remember that the winter timetable allows entry between 12. 00h and 17. 30h (uninterruptedly) while the summer time is longer, from 11. 00h to 14. 00h and from 16. 00h to 20. 00h.

However, the municipality has other points of reference that you can also add to your itinerary to visit the town. For example, the Igrexa Monacal de San Salvador de Vilar de Donas, declared a Historic-Artistic Monument in 1931 and one of the most important Romanesque constructions in Galicia on the Pilgrim’s Way to Santiago de Compostela.

Do you need more reasons?