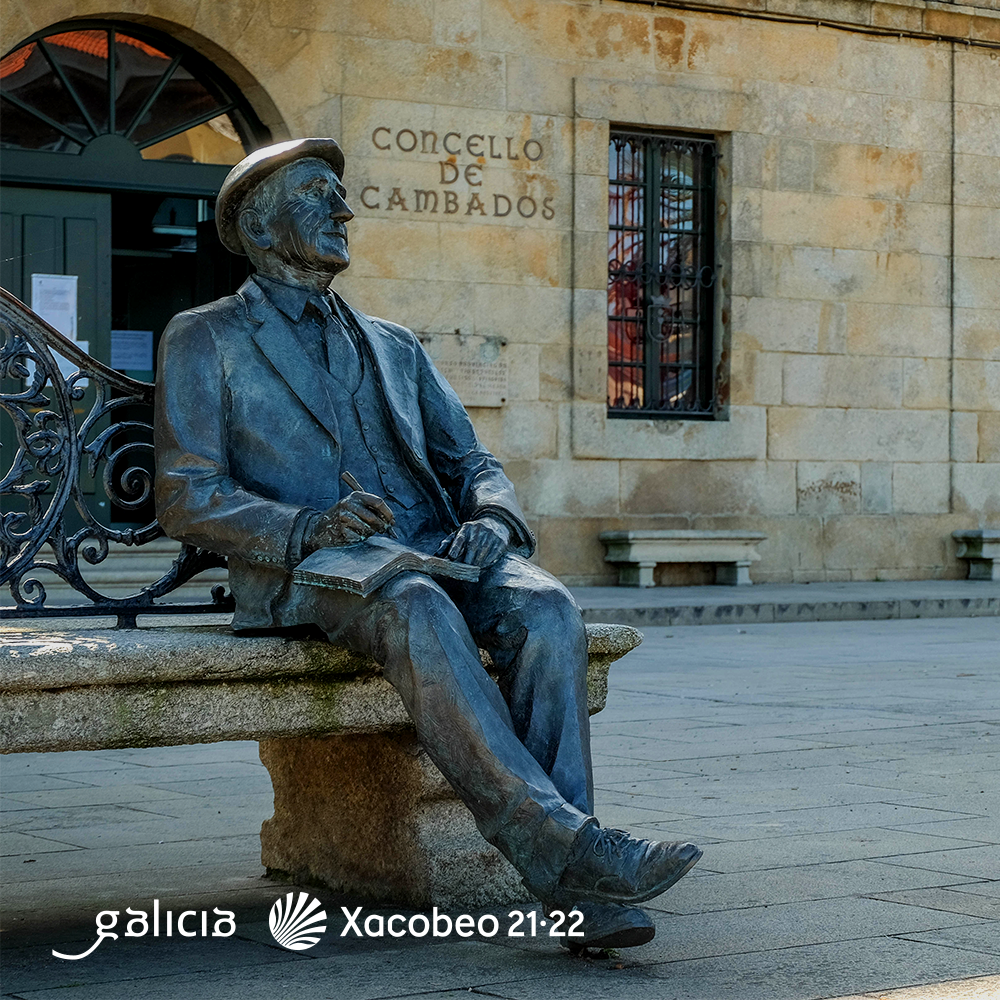 There are different ways of travelling around Galicia following the footsteps of our most illustrious writers. We can do it through the landscapes that inspired them, visiting the places that were important in their lives or approaching those places where they are remembered and honoured years or decades after their death. Among the latter destinations are the house-museums where it is possible to soak up the atmosphere in which they lived and gave shape to their creations. But today we would like to propose an experience that will allow you to look into the eyes of some of these authors, sit next to them, even imagine a conversation, and if you feel like opening a book and enjoying reading in their company. To do so, all you have to do is look for some of the life-size statues that pay tribute to them in several Galician cities and invite you to take a seat.

His time as a student in Santiago de Compostela, a city he referred to as a “mystical rose of stone”, left a deep mark on Ramón María del Valle Inclán (1866-1936), as can be seen in some of his works and other writings. In fair correspondence, the city of the Apostle erected him a statue  and gave him a privileged place in the Alameda from which to contemplate the towers of the Cathedral and the old town of Compostela forever. The statue, made in bronze by the sculptor César Lombera, was unveiled just over two decades ago, in January 1999, and since then is visited by locals and visitors to the city. Sitting on the bench occupied by Valle-Inclán, having your photograph taken with him and enjoying the views is now one of the classics of Compostela.

César Lombera is also the author of the statue with which Carballo has been paying tribute since 2015 to one of the most illustrious sons of the town: the regionalist writer and politician Alfredo Brañas (1859-1900). The piece is inspired by an oil portrait that the José María Fellonera painted of Brañas, and was placed in a central pedestrian street in the capital of the Bergantiños region, right next to the writer’s birthplace. Another bench next to the one occupied by Brañas is a regular resting place for the people of Carballo. Many of those who sit there imitate their illustrious neighbour by reading the newspaper.

There are many creators and characters paid tribute to in A Coruña’s Humour Square, but two of them stand out for having been recreated with life-size sculptures that seem to enjoy this space from their stone benches: the illustrator, essayist, playwright and politician Alfonso Daniel Rodríguez Castelo (1886-1950) and the novelist and journalist Álvaro Cunqueiro (1911-1981). The illustrator and caricaturist Siro López reserved a special place for both of them in the project he devised and realised in 1990 to refurbish the place formerly known as Plaza de los Huevos (Egg Square), where a traditional market was held. The busts of Vicente Risco, Wenceslao Fernández Flórez and Julio Camba and the drawings of popular characters from the world of comics such as Mortadelo and Filemón (Mort & Phil) or Astérix and Obélix share the same space, although Castelao and Cunqueiro are the only ones who invite the visitor to sit next to them.

Cunqueiro also has his own space in his native town from which to contemplate the façade of the Cathedral, as he had done many times during his childhood, and thus keep his memory alive. It was inaugurated 40 years ago, coinciding with the Día das Letras Galegas (Galician Letters Day) with which the author was honoured ten years after his death. The work of Juan Puchades, a Valencian sculptor based in Mondoñedo, the statue is located in a small square where locals and visitors gather to enjoy leisure and a beautiful view of the town.

In 2009, coinciding with the 50th anniversary of the death of Ramón Cabanillas (1876-1959), Cambados unveiled a sculpture in which the artist Lucas Míguez represented the writer with a notebook in his hand and his gaze fixed on the sea in search of inspiration. The piece was intended to form part of a garden, at that time under construction, but the good reception it received in its temporary location in front of the town hall led to a change of plans and the figure of Cabanillas has been definitively established there, becoming a symbol and meeting point of the capital of Albariño.

Several of the protagonists of the aforementioned pieces, as well as the artist César Lombera, come together in a group of sculptures inaugurated 15 years ago in Pontevedra. The work recreates the atmosphere of the classic gatherings of an emblematic establishment of the city, the Café Moderno, paying homage to some of its most outstanding participants. Castelao, Cabanillas, the politician and intellectual Alexandre Bóveda (1903-1936); the jurist, businessman and writer Valentín Paz Andrade (1898-1987); the writer and columnist Carlos Casares (1941-2002) and the violinist Manuel Quiroga (1892-1961) are present in a work that includes two empty chairs to invite the public to take a seat, let themselves be enveloped by those moments of chat and reflection and immortalise themselves in such illustrious company.

It is clear that the author of mythical works such as “Around the World in 80 Days” or “Journey to the Center of the Earth”, among many others, was not born in Galicia, but the fact that Jules Verne (1828-1905) visited this land on a couple of occasions and that the landscapes of our coasts awakened his imagination and inspiration mean that he also has a place on this list. Verne became one of the great ambassadors of Vigo and its estuary when he dedicated a chapter of “20,000 Leagues Under the Sea” to it, so the people of Vigo showed their gratitude with a life-size statue. The bronze figure of the writer rests on the tentacles of a giant squid next to the waters that rock the boats of the city’s yacht club. The piece, the work of local artist José Molares, was made in 2005 to coincide with the centenary of Verne’s death. 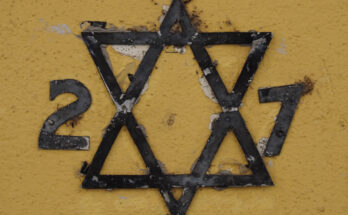