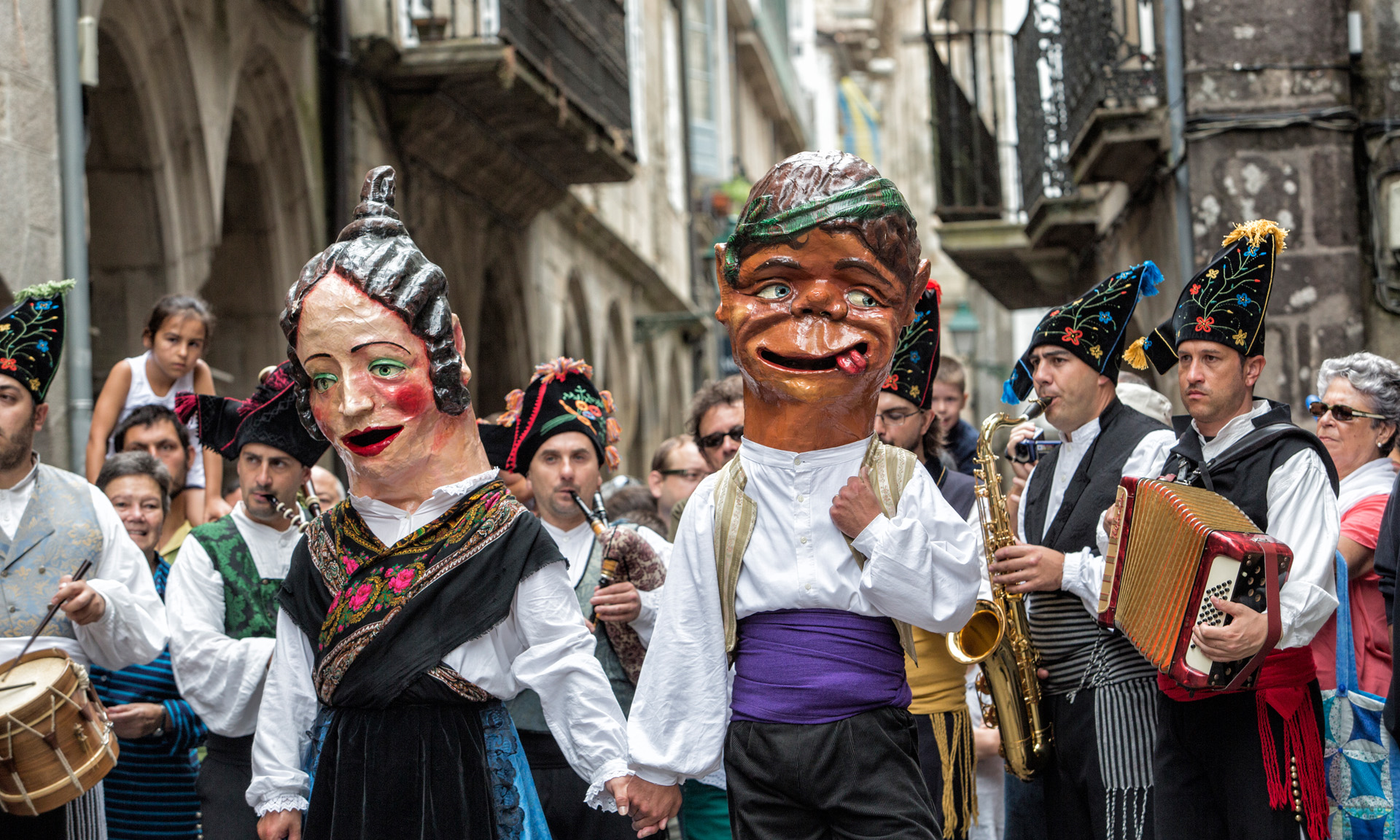 It is likely that most Galicians and a good portion of foreigners are well aware of the Apostle’s celebrations, held in Compostela around the highly symbolic date of July 25, Day of Galicia; the fireworks show is always the main event of the celebration and is broadcast each year by Televisión de Galicia, very popular throughout the Community. However, for the compostelanos, there are other festivals that are considered the most popular in the city: those of the Ascension.

Ascension Day is celebrated on a different date each year. To know when it occurs, one must count forty days from Easter Sunday: that is, in this 2018 the biggest day of the celebration will take place on May 10. The jubilee commemorates Jesus Christ’s ascension  to heaven after he had announced to his disciples that he would send the Holy Spirit to them.

In Compostela the Ascension is synonymous with a week of great celebration. Most of the events are held in the Alameda, which housed in past decades a cattle fair that was among the most popular in Galicia. Nowadays, the animals are showcased at the Amio fairground, while the Alameda is occupied for days by numerous attractions for both children and adults. Always among the most visited ones is the huge Ferris wheel that is mounted every year on top of the natural promontory, next to the Santa Susana church. Being in Compostela for the Ascension and not taking the opportunity to ride it is unforgivable. The views from its heights are atypical and, due to the temporary characteristic of the fair itself, rare: located so close to the old town, the wheel allows you to rise to a point from where it seems you could touch the cathedral towers with yourvery hands. Overcoming vertigo is certainly worthwile.

Also traditional is the horse contest that takes place all through the morning of the main Ascension Day. Animals of Pure Galician breed, cross breeds, Percherons … all compete to be the best. There is also time for a traditional game that continues to be deeply rooted in Compostela: the chave (key). Every year, a tournament is held over several days in the Santa Susana area that brings together the best players in the region for a good-humoured show full of passion. Many sports clubs in the city also take advantage of these holidays to organize championships for children and adults.

And, of course, the music: Compostela fills with concerts during Ascension week. There’s music for all tastes. The orchestras or dance bands, for dance lovers, set up their mobile stages on the A Ferradura promenade, while many local groups offer their songs for free in the city squares, such as the Toural. International and famous bands set up their concerts on a stage almost without equal throughout the world: the square of A Quintana, in the shadow of the Berenguela, the Santiago Cathedral’s clock tower.

Performances by choirs and traditional music groups, the Municipal Band and even the Real Filharmonía complete the program of these most Compostelan festivities.