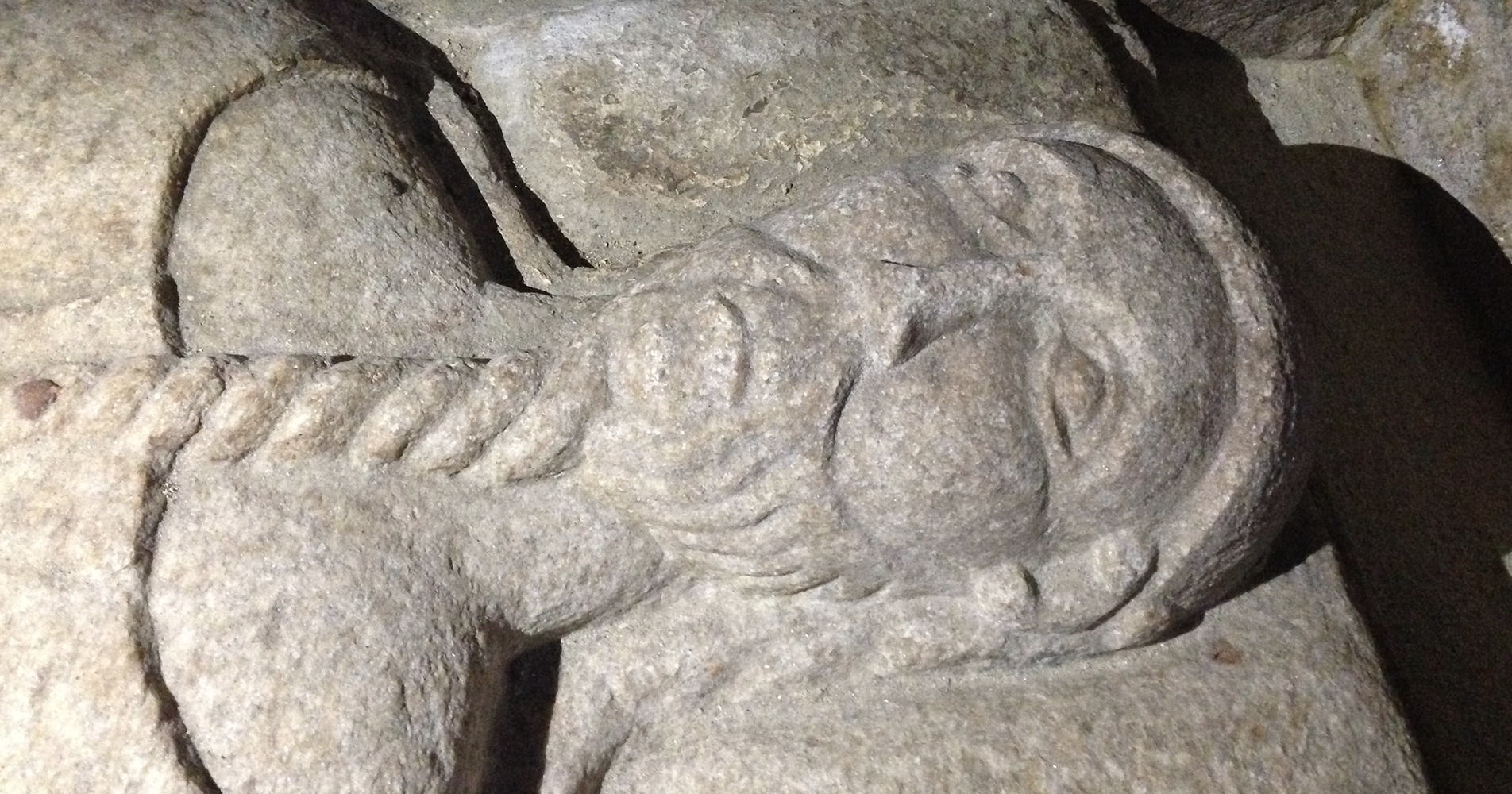 Is it possible that Betanzos is the mystery capital of Galicia? This witty affirmation comes from two unique and very curious locations found in this town of A Coruña. The first is O Pasatempo (The Pastime), some kind of a theme park from the early twentieth century in which the García Naveira brothers tried to gather, in terraces, caves and with an almost surrealist architecture, all the knowledge of their time, to make it available to the town’s people. The other is the sepulchre of what seems to be  an oriental figure in the church of San Francisco, a mystery that may not be such.

First, the context. The tomb of which we speak is in the church of San Francisco, one of the beautiful temples that make Betanzos a must-see place for art lovers. We don’t know if it is be the capital of the mystery, but it is so of the Galician Gothic, because both this basilica and the one across from it, Santa María do Azougue, are among the best examples of this style that can be found in the Community .

San Francisco dates back to the fourteenth century. It was built with the patronage of one of the most powerful nobles of the Peninsula at the time, Fernán Pérez de Andrade The Good, over an old Romanesque building. It is not by chance that the most outstanding piece of the whole set is, precisely, this man’s tomb, very large and held by a boar and a bear.

At the right arm of the cross, as you face the altar, is the tomb of an unknown character who, over the years, was the subject of many speculations. On the lid you will see the effigy of a man with seemingly slanted eyes and a strange long dress lying down. The most striking thing is, however, his braided beard, as typical of orientals as it is unheard of when we picture Galician from the fifteenth century, the tomb’s probable date of construction. Who was he, then? There are those who think it is the last resting place of a Chinese merchant who died in Betanzos half a millennium ago. It has also been said that he might be a pilgrim on his way to Santiago from the lands of the Empire of the Sun, come to die to the lands of Andrade. His effigy, so strange and out of place in a temple filled with the tombs of medieval knights, is fascinating.

However, the most plausible explanation given so far is the one that Alfredo Erias Martínez wrote many years ago in the Anuario Brigantino. In a paragraph unequivocally titled “An oriental in Betanzos? No, rather a doctor he gracefully dismantled the myth,dating only from the eighties of last century: “There is no doubt that the story of a Marco Polo in reverse would be a bomb,” he says, but “to deduce from all this that, at the end of the fourteenth century or the beginning of the fifteenth, a Mughal was buried in the church of San Francisco of Betanzos is very risky”. Analyzing the craftsmanship of the tomb, comparing it to others existing in other communities, he concludes that the placement of the crossed hands over the belly and the braided beard are not as unusual as it would seem. In fact, there is an example of the latter in the Portico de la Gloria of Santiago, as he reminds. All this leads him to conclude that he was a high-ranking character, because of his long clothes, probably a highly respected doctor.