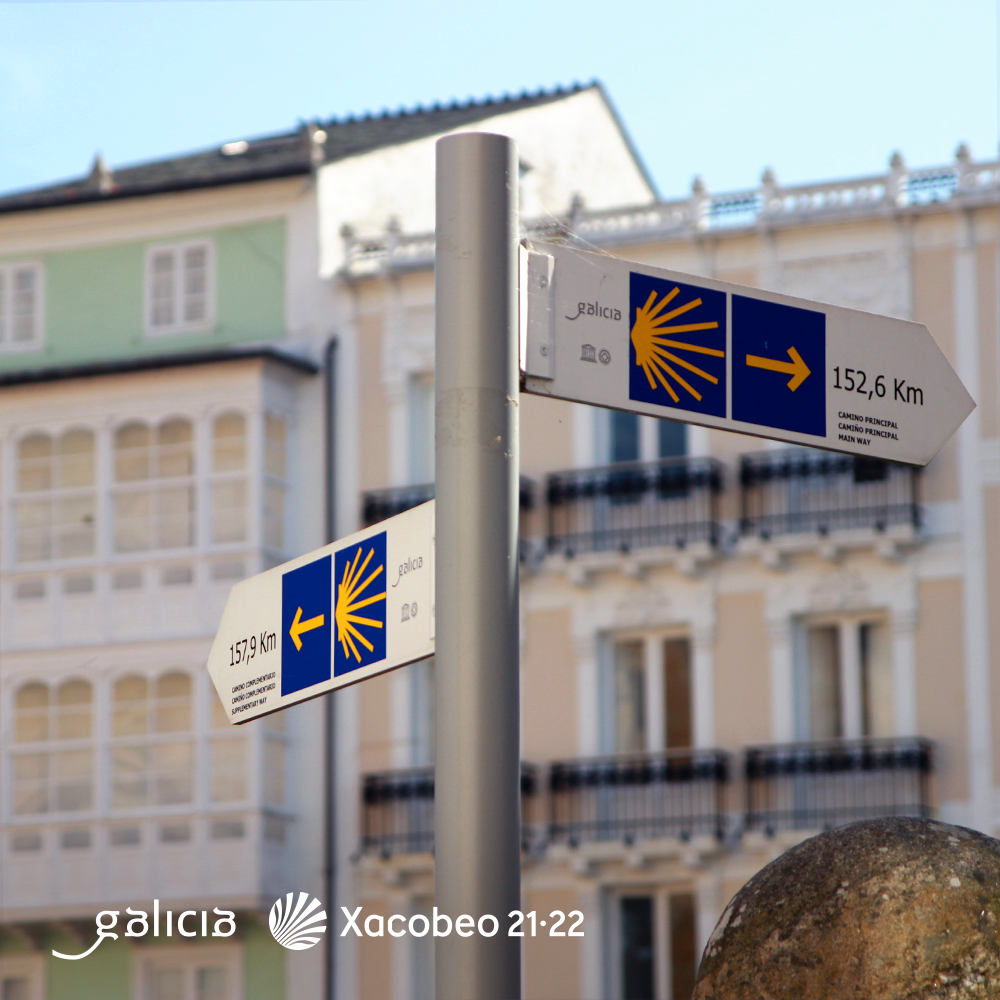 A quarter of a century has now passed since the approval of a key document for the recovery, enhancement and promotion of the pilgrimage routes to Compostela. On 10 May 1996 the Law for the Protection of the Pilgrims’ Routes to Santiago was approved, a regional text which, as explained in its preamble, had among its main objectives to provide Galicia with an integrating tool to overcome the limitations of the previous scattered legislation and to address both the cultural, monumental and urban aspects of the Way, as well as the plurality of existing routes and the need to maintain their integrity.

Twenty-five years later, the different pilgrimage routes are facing the new Holy Year with the exceptionality of its extra duration (the Jubilee has been extended to 2022) and the added challenge of overcoming the consequences of covid and resuming the successful path prior to the pandemic. So that you too can start planning your participation in this extraordinary event, we invite you to discover the different routes of the Way of St. James officially recognised by the Xunta de Galicia.

It is the main pilgrimage route to Santiago de Compostela and its routes extend through a large part of France before converging at the entrance to the Iberian Peninsula. The French Way is the maximum representation of those now universal sentences that refer to the route as the “main street of Europe” or that explain that “Europe was made by pilgrimage to Compostela” and was the first route to be declared a World Heritage Site by Unesco, since it was the focus of that recognition achieved in 1993. This Way, which enters the Peninsula via Somport and Roncesvalles to merge into a single route shortly before Puente La Reina, is still the route chosen by most pilgrims on their way to Santiago de Compostela.

Its very name refers us to the origins of this route and reveals its antiquity. The Primitive Way largely follows the itinerary along which King Alfonso II, the Chaste, set out from Oviedo to Galicia to visit the place where the city of Santiago de Compostela stands today, having received news from Bishop Teodomiro of the appearance of the remains of the Apostle. That journey, made at the beginning of the 9th century, was therefore the first pilgrimage to the tomb of St. James and sowed the seeds of the phenomenon that would develop over the following centuries. This route enters Galicia through A Fonsagrada and passes through the municipalities of Baleira, Castroverde, Lugo, Guntín, Friol and Palas de Rei before joining the French Way in Melide.

As with the Primitive Way, the Northern Way also links Oviedo and Santiago de Compostela and its popularity also dates back to the early days of the Jacobean phenomenon. In addition, both were recognised as World Heritage Sites in the extension that Unesco made in 2015 of the recognition granted in 1993. Ribadeo, in the Mariña Lucense, and Trabada, are the municipalities through which the two variants of the Northern Way enter Galicia before converging in Mondoñedo and crossing other towns full of history and art such as Vilalba and Sobrado. In Arzúa it meets the French Way and the Primitive Way.

The pilgrims who arrived by boat from England give this route its name, although over the centuries the itinerary has welcomed people arriving in Galicia from many other parts of Europe by sea. A Coruña and Ferrol, cities with a long port tradition, are nowadays the official starting points of the two routes with which the English Way starts before merging into one in Bruma (municipality of Mesía). Betanzos and Pontedeume, on the route from Ferrol, and Culleredo and Cambre, on the route from A Coruña, are some of the municipalities that pilgrims will visit on their way to Santiago, crossing bridges and visiting churches of great historical and monumental value.

The natural access from the Meseta to Galicia also serves as a gateway to a route that in the case of the pilgrimage to Santiago was outlined as an alternative route to avoid the snows of the highest points of the French Way. It has the singularity of being the only route of the Camino that passes through the four Galician provinces and even allows you to contemplate them at the same time, as happens from the top of Monte do Faro. Before the pilgrims, the Romans already travelled through lands where their footprint is still present. Rubiá is the first Galician municipality on this route which, after crossing the lands of Valdeorras, enters the Ribeira Sacra, crosses the region of Deza (where it joins the Silver Way) and crosses the lands of Ulla before reaching Compostela.

The most extensive of the pilgrimage routes within Galicia connects with the ancient Roman road that linked the present-day cities of Mérida and Astorga and owes its name to a misunderstanding. An Arabic word used to refer to the cobbled roads and not to the trade of this precious metal would be the origin of the name of this route whose trace is especially visible in the lands of Ourense. Silver Way with its different variants (Verín and Laza) crosses almost thirty municipalities in that province before entering the lands of neighbouring Pontevedra, picking up the pilgrims of the Primitive Way in Lalín and entering the province of A Coruña, close to the final goal. The lands of the entroido máxico, Allariz, Monterrei and the city of Ourense are some of the attractions of this route.

The Roman legacy is also very present in the main pilgrimage route to Santiago from Portuguese lands. The international bridge of Tui has served for almost a century and a half as an entry point into Galicia for pilgrims who formerly had to use boats to cross the waters of the river Minho. The considered as the oldest city of this community welcomes them by putting within their reach a rich history and a huge heritage and routes them north through other municipalities such as O Porriño, Redondela (where pilgrims join the variant of the coast), Pontevedra and Caldas de Reis. Before reaching Santiago they must also pass through Padrón, a key town in the Jacobean phenomenon for being the place of arrival of the boat that transferred the remains of the Apostle from the Holy Land.

Portuguese Way of the Coast

The port of A Guarda serves as the entrance to this route which, as its name indicates, follows the coastline. Its route takes pilgrims to centuries-old monuments and stunning landscapes, crossing the municipalities of Oia, Baiona and Nigrán before reaching the city of Vigo. The estuary guides the pilgrims’ steps towards the east to meet in Redondela with the Portuguese route that ascends almost in a straight line from Tui and to continue together in the direction of Compostela.

Route of the Sea of Arousa and River Ulla

The waters of the Arousa estuary and the river Ulla saw the arrival two millennia ago of the boat that brought the remains of the Apostle St. James to Galicia, and today they once again seal their relationship with the Jacobean phenomenon through a maritime and river pilgrimage route. Some twenty municipalities form part of a route that has been signposted from its shores with 17 crosses forming the only maritime Way of the Cross in the world. The forty miles that separate the entrance of the Arousa estuary from Padrón give way to another 25 kilometres on foot for those who opt for this route in their eagerness to make a pilgrimage to the tomb of St. James.

The list of official routes of the Camino is completed with another unique route. Unlike the previous ones, this route does not end in Compostela, but starts precisely from the city of the Apostle to allow pilgrims to visit the Costa da Morte and know two places also full of symbolism. Fisterra was already considered in Roman times as the end of the earth and its Cape was therefore a pilgrimage destination even before Compostela itself. Muxía and its famous sanctuary of Barca are intimately linked to Santiago since, according to legend, the Virgin appeared there during the Apostle’s lifetime in a stone boat to encourage him when he was evangelising the Peninsula. Ames, Negreira, Mazaricos and Santa Comba are the municipalities that pilgrims travel through before reaching Dumbría, where they must decide whether to head towards Fisterra Cape or towards the sanctuary of Muxía.

And if you want to access more detailed information on each route, its stages, attractions and particularities do not hesitate to visit the website www.caminodesantiago.gal