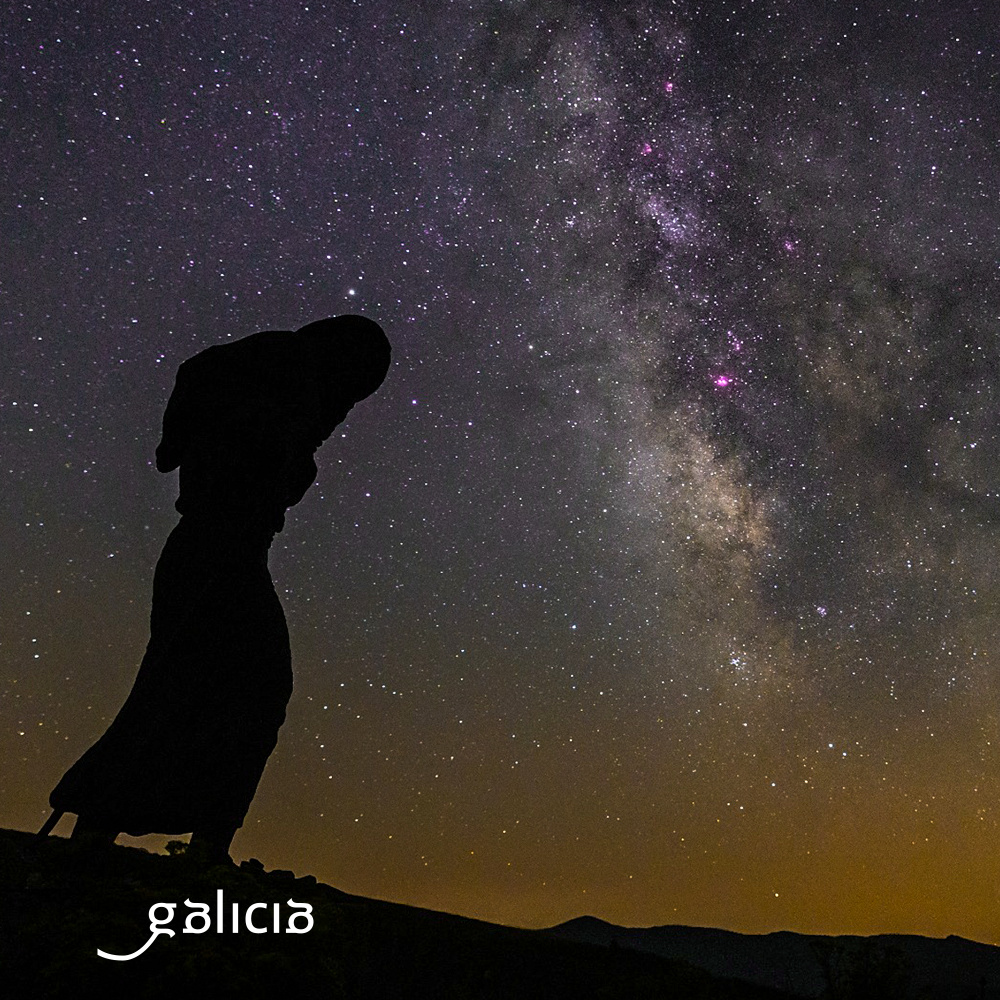 The relationship between the Jacobean route and the stars goes back to the origins of the pilgrimage phenomenon towards Santiago. In fact, according to the traditional story, it was a star that allowed Teodomiro to find the remains of Apostle Santiago. And even one of the theories that try to explain the origin of the denomination Compostela attributes it to the Latin expression campus stellae (star field).

It is precisely that close relationship plagued with symbolisms that has inspired the exhibition that, during much of this month of September, can be seen in the Pazo de Fonseca, a few meters from a place that has already become a destination for universal pilgrimage, the tomb of the Apostle. Through 40 spectacular night images presented in large-format prints the exhibition “Milky Way, pilgrims guide to Galicia”, claims “the recovery of the observation of the milky way as an integral element of the pilgrimage to Santiago”.

Photographers Daniel Llamas and Daniel Lois have toured Galicia in search of some of the best places from where to contemplate our Galaxy and after using these locations to format the book “Galicia, a magical place to contemplate the stars”, they now present a selection of those images in the exhibition that have as commissioners the editor of the printed volume, Alfonso Freire, and the writer and Professor of Mathematics, María Victoria Veguín Casas.. She is the author of the book “The Milky Way. Way of gods, souls and pilgrims” and of the texts that serve as a thread to the images of Llamas and Lois. “Since when is the Milky Way linked to the Camino de Santiago?” Is one of the questions that María Victoria Veguín poses to the viewer. On the other hand, Alfonso Freire, points out that the exhibition is “a unique opportunity” to analyze the importance that “this universal heritage that is the Milky Way” has had throughout the centuries for Galicia.

The photographs of the exhibition are also an element to make us think about the need to fight against the light pollution of the Camino and to recover the old habit of looking up at the sky and enjoying the contemplation of the stars, such as the first pilgrims did.

The exhibition is part of the O Teu Xacobeo program and after Santiago, where it will remain until September 26, it will start an itinerant tour through other points of Galicia.