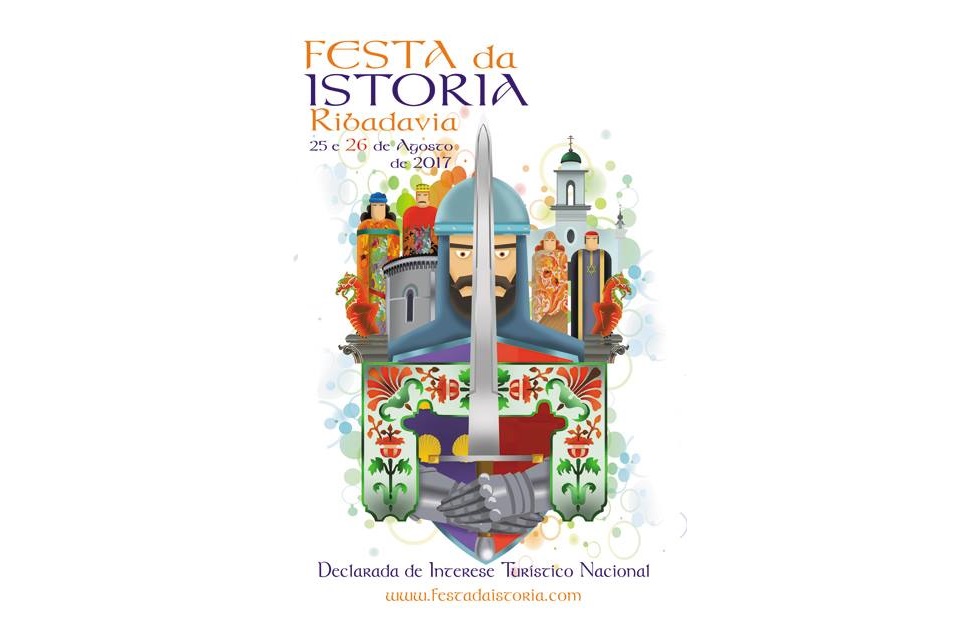 The Festa da Istoria is celebrated the last week of August in the locality of Ribadavia (Ourense), taking us back in time to the medieval Jewry.

The origin of this festival, which meets every year around 75,000 people, dates back almost thirty years, although it is already mentioned in documents dating from the 18th century, it is from 1989 when it recovers. It recalls the history of the town and its surroundings, bringing to the present the traditions and experiences of past times in a medieval recreation where different cultures, religions, trades and social classes of the time are represented. The aim is to recall the presence of the Jewish community in the town, until they were expelled in 1494 and subsequently persecuted by the Inquisition Tribunal.

The celebration takes place in an incomparable environment and is designed for all ages, which makes it considered by the public as one of the best parties in Galicia and Spain. In fact, in 1997 it is declared Fiesta of National Tourist Interest. In addition, in its edition last year, the Festa da Istoria was twinned with the Templar Night of Ponferrada.

In the Festa da Istoria all the residents of Ribadavia participate and it has an extensive program that includes medieval dinners, dances, parades, falconry, theater, archery, living chess, fighting between knights and even a Jewish wedding by the Sephardic rite, In which the bride and groom sign the betrothal contract coinciding with the entry in the last month of the Hebrew moon’s calendar.

Such is the detail of this party that have come to coin their own currency, the maravedis, for the various commercial transactions. The exchange of euros for this other currency can be done in the Alhóndiga bank and its branches installed throughout the town. In addition, it is imperative to make any purchase in street stalls, as is also to wear medieval clothes when accessing some of the scheduled events held indoors. If you have not brought yours, do not worry, many street shops rent and sell robes and other clothes for the occasion.

This year, the festival will take place on 25th and 26th August, being the 26th that concentrates most of the important events. It is that Saturday when the Gran Desfile Istoria takes place (from San Francisco to the Castle of the Sarmiento), the annual medal delivery to the Nobles da Istoria and the Jewish wedding. Later a medieval meal will be made in the Iglesia de la Magdalena with a 38 maravedis (38 euros) menu. It consists of empanada, octopus, roast lamb and a great variety of desserts and drinks. This edition of the party also has a novelty, and is that for the occasion has formed a band of bagpipes, the “Banda de Gaitas da Istoria”, which will accompany the entourage during their parade through the town and will give, along with other bands, the musical point to a day full of surprises. In addition, from the organization itself make available to anyone who wants to approach buses from Vigo, Redondela and Ourense, so you have no excuse …

Ribadavia is waiting for you!