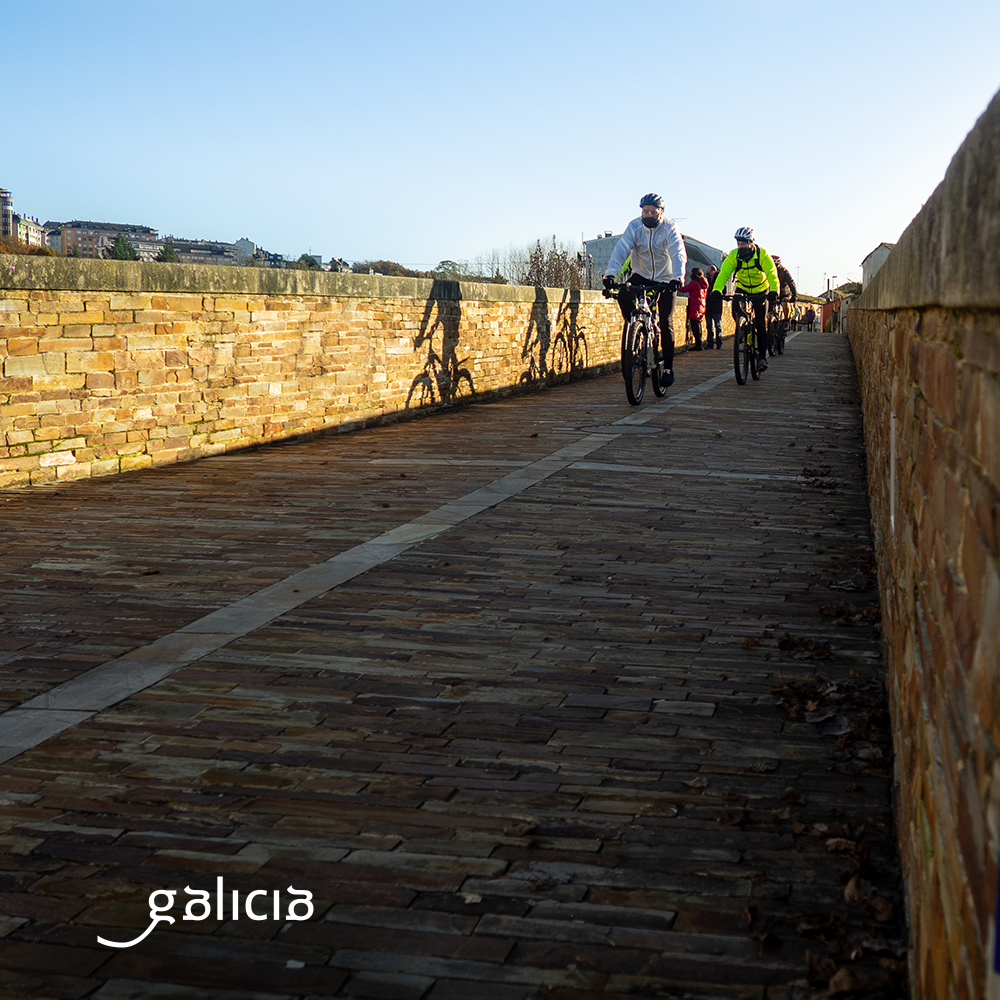 Galicia’s relationship with La Vuelta is longstanding. Outstanding cyclists born in this land and bred for competition on its roads have left their name engraved on the Spanish round’s track record, like Álvaro Pino. This rider, born in Ponteareas, won the 1986 edition of the race and played an intense role in duels with legendary sportsmen such as Pedro Delgado, Laurent Fignon and Bernard Hinault.

Even more outstanding is the case of the Rodríguez Barros brothers, a family of sportsmen also from Ponteareas who became the great animators of La Vuelta in the 1940s. Delio, the eldest of them, won the 1945 edition, was third in 1947 and also holds the record for the greatest number of stage victories, with an impressive total of 39. Emilio, seven years younger than Delio, took second place in 1948 and two years later he climbed another step to take the final victory in an edition where he was accompanied on the podium by his brother Manuel, who was second.

Just one step away from the first step of the podium was also Ezequiel Mosquera (Cacheiras, Teo), who was ranked among the top five four times and was second in the 2010 edition; while Jesús Blanco Villar (Rois) won several stage victories in 1986 and 1987.

Furthermore, the Galician asphalt has been the scene of epic disputes, and one of our peaks, O Ézaro (Dumbría), has stood out in recent years as a reference point. The public awaits its arrival knowing that its harshness is propitious terrain for feats and the cyclists admire and fear it in equal parts, aware that they can consecrate themselves on its ramps or bury there their options to do something big.

This year, because of the covid, the organizers of La Vuelta have been forced to move the event on the calendar and make some changes on the fly due to the restrictions that have been adopted in recent weeks, but they have not wanted to miss their appointment with Galicia. Three stages will run on the Galician roads and O Ézaro will once again test the resistance of the peloton. In this third week of La Vuelta 2020, the Galician roads will largely decide the configuration of the final podium.

After the rest day on the november 2nd, in which the teams of La Vuelta will concentrate on the city of A Coruña, the competition will resume on the 3rd with the only stage against the clock scheduled in this edition of the Spanish round. The cyclists will start from Muros heading north in parallel to the coast along an almost flat route and crossing places like Louro, Lira, Carnota and Caldebarcos before facing the ramps of O Ézaro. It will be a total of 34 kilometers among the spectacular landscapes of the Costa da Morte.

One day later, almost without time to recover from O Ézaro’s effort, the peloton will face a day without big mountain passes, but with many ups and downs, ideal terrain for those who try to be seen and fight for the stage victory by getting into some breakaway. Two cities with a long history and abundant heritage, Lugo and Ourense, will serve as the start and finish of a 204 km long stage. After leaving the city of the Wall, the cyclists will cross municipalities such as Guntín, Monterroso, Antas de Ulla, Agolada and Lalín before heading towards Rodeiro to enter the beautiful landscapes of the Ribeira Sacra (Chantada, O Saviñao, Pantón, Monforte de Lemos and Nogueira de Ramuín) and then head towards the city of the Burgas. On their way they will have to overcome three third category mountain passes (Escairón, Guítara and Abelaira).

La Vuelta 2020 will say goodbye to Galicia with another mid-mountain stage that is ideal for breakaways. It will also be, with its 230 kilometers in length, the longest in this edition. In its first kilometers through the province of Pontevedra, the peloton will cross the town hall where Álvaro Pino and the Rodríguez Barros brothers were born, as well as the municipalities of O Porriño and As Neves, among others. Already in the land of Ourense, will cross locations such as Celanova, Xinzo de Limia, Trasmiras, Verín and A Mezquita before leaving Galicia and face the end of the stage in the town of Puebla de Sanabria in Zamora. San Amaro, Carcedo, O Furriolo, Fumaces and O Padornelo will be the mountain passes of the day, all of them of third category.

On the website of La Vuelta you will find detailed information on the routes and schedules, but if you plan to encourage the peloton remember to also consult on https://coronavirus.sergas.gal the mobility restrictions caused by the covid and take the mandatory measures.