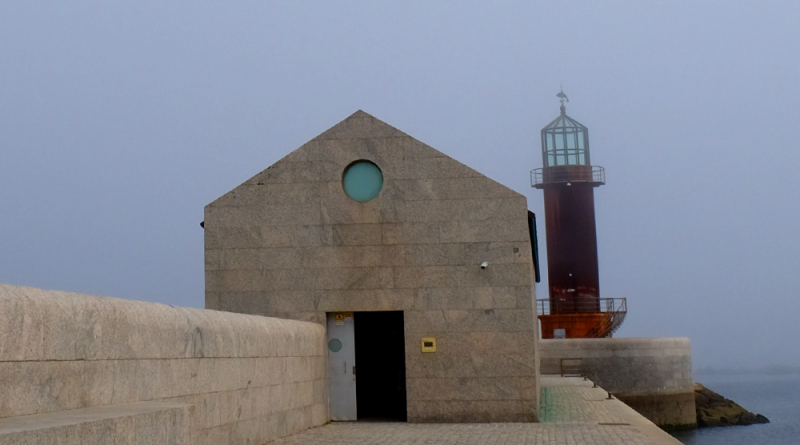 A large part of Galicia’s historical, heritage and ethnographic legacy is concentrated in the museums that can be visited throughout the length and breadth of this land. The range of these institutions and the variety of fields to which they are dedicated is immense and constitutes another of Galicia’s great cultural attractions. On the occasion of International Museum Day, which is celebrated every 18 May, we would like to invite you to get to know and enjoy the main collections managed by the Xunta de Galicia. We look forward to seeing you!

If you want to know more about the Camino de Santiago and the role it has played in the evolution of the city of Compostela, you can’t miss this museum located in the heart of the old town, opposite its famous cathedral. Created in 1951 on the initiative of Manuel Chamoso Lamas, and after several decades of instability and various vicissitudes, the museum opened its doors permanently to the public in 1996 in the headquarters of the Gothic House, a building that currently houses the technical and administrative areas and the library. In November 2015, the Praterías building was inaugurated in the former Banco de España building, remodelled by the Consorcio de Santiago according to a project by the architect Manuel Gallego Jorreto. The museum’s permanent exhibition covers the three floors of the Praterías building, guiding visitors through three thematic areas: the pilgrimage as a universal phenomenon, the Jacobean pilgrimage and the Camino de Santiago, and the birth and evolution of the city of Santiago.

This is what teaching was like in Galicia in the 19th century. If you are looking to take a trip back in time and understand how Galician education has evolved from the 19th century to EGB, you cannot miss this journey through the Galician Pedagogical Museum. Inaugurated in October 2004, the aim of this exhibition located in the San Lázaro area is to recover, protect, show and disseminate Galicia’s rich educational heritage. To this end, it has, for example, curious school objects, toys or the recreation of a classroom of the period.

This museum has one of the main exhibitions in Compostela and has had a clear vocation for modernity and internationality since its beginnings in 1995. Its building, designed by the prestigious Portuguese architect Álvaro Siza, is a work of art in itself, creating a harmonious contrast with the neighbouring convent of San Domingos de Bonaval, home to the Museo do Pobo Galego. Inside, in addition to a programme of temporary exhibitions, there are other initiatives such as workshops given by artists, cycles of conferences, meetings with creators and critics, and incursions into the fields of music, the performing arts and cinema. All these actions are focused on the exhibition, enjoyment and knowledge of trends and currents within contemporary artistic creation. A breeding ground for new creative currents, visitors to the CGAC will find a space for creativity.

Museum of Fine Arts of A Coruña

After several provisional locations, the current building of the Museum of Fine Arts was inaugurated in 1995 in the city of A Coruña. Also the work of the aforementioned architect, Manuel Gallego Jorreto, this gallery houses an extensive collection arranged chronologically and structured in various sections: painting, engraving, drawing, decorative arts, numismatics, medals and sculpture. A must-see for art lovers, this museum features works by artists of the stature of Juan de Arellano, Rubens, Urbano Lugrís, Luis Seoane, Joaquín Sorolla and Francisco Leiro, among others. The collections of engravings by Goya and Sargadelos ceramics are also of great importance.

This is what life was like in a castro during the Iron Age. Located between the last two walls on the southeast side of the Castro of Viladonga, in the municipality of Castro de Rei, this museum brings us closer to one of the most legendary and historically interesting archaeological treasures in Galicia. Divided into four rooms, the building is dedicated to the interpretation and explanation of the site. In addition, the exhibition houses the materials discovered in the successive excavations of the castro, a visit to which is also part of the unique experience of visiting this monument in Lugo.

In the village of O Cebreiro, the entrance to Galicia on the French Way to Santiago de Compostela, the O Cebreiro Ethnographic Site offers visitors a window into the traditional atmosphere of the mountains of Lugo. The four pallozas (traditional buildings in the area) that make up the site, three of which are musealised, bring the public closer to these characteristic dwellings adapted to the harsh conditions of the mountain and to the daily life of its former inhabitants, through the exhibition of furniture and tools related to textile, agricultural and livestock work.

The headquarters of this museum, which houses a wide selection of historical-archaeological elements, is located in the old Episcopal Palace, in the heart of the historic centre of Ourense. Declared a historic-artistic monument in 1931, the building is currently under renovation. That is why the collections have been moved to two locations. Those who want to visit this collection should go on the one hand to the Santa María de Europa building, where most of the works are stored, and on the other hand, to the San Francisco Exhibition Hall, where they will find a selection of the most representative sculptures of the museum under the title “Escolma de Escultura”.

Although it originally functioned as an ethnographic section of the Provincial Archaeological Museum of Ourense, today it has its own independent headquarters. It is located in the historic centre of Ribadavia, in a mansion known as Pazo de Baamonde or Casa de la Fundación. Its visitors can learn about different aspects related to the world of textiles and clothing or popular music, among other issues linked to the rural culture of the province of Ourense. In addition, it currently hosts a temporary exhibition with works from the Abrente Collection that allows to contemplate oil paintings, engravings, serigraphs and sculptures by renowned Galician artists.

Located in the rectory house of Santo André de Camporredondo, in the heart of the Ribeiro region, the Galician Wine Museum will surprise anyone who decides to visit this monumental complex with its beauty. The architecture of this building, formerly the priory of San Martiño Pinario, responds to the historical task of making, storing and distributing wine to the city of Compostela. This museum dedicates its permanent exhibition to the dissemination of Galicia’s wine-making cultural heritage through numerous objects, tools, technical instruments and writings. Visitors can learn about the entire winemaking process, from cultivation techniques and systems to the process of obtaining this beverage.

Housed in the industrial premises of the former Massó Hermanos cannery, in the heart of the Pontevedra municipality of Bueu, the Massó Museum takes visitors on an adventure through the ocean and the great maritime expeditions. In its rooms you will learn more about Galician fishing activities and the canning and whaling factories. In its exhibitions, this maritime and industrial heritage coexists with the erudite spirit of the collectors of the period. Navigation instruments, old documents and books, curious objects and models of historic ships are some of the items that visitors can see in this collection.

Galician Museum of the Sea

Located in the old Alcabre-Molino de Viento canning factory in Vigo, the building that houses the Galician Museum of the Sea was designed by the Italian architect Aldo Rossi and finished by the Galician César Portela, as a mixture of avant-garde and tradition. This museum complex is made up of five refurbished warehouses, a newly constructed building also comprising five warehouses and a quay, where the aquarium and the lighthouse are located. The museum brings visitors closer to the secrets of the surprising marine world in which the nexus of all its rooms will be fishing and aquatic resources.