The night of the 23rd to the 24th of June marks the highpoint of the ancestral essences of the so-called “magical Galicia”, when the animist sentiments of its people join forces with nature more strongly than at any other time of year. Thousands of bonfires are lit on Riazor beach, or in the various districts that make up the city that is home to the Roman Hercules Lighthouse. Families and groups of friends dance around the fires and share a feast of roast sardines and boiled potatoes known as “cachelos”. 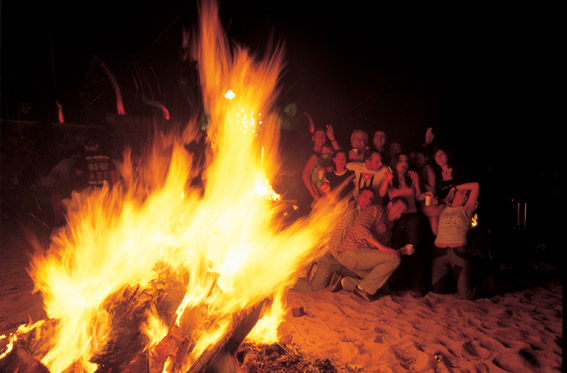