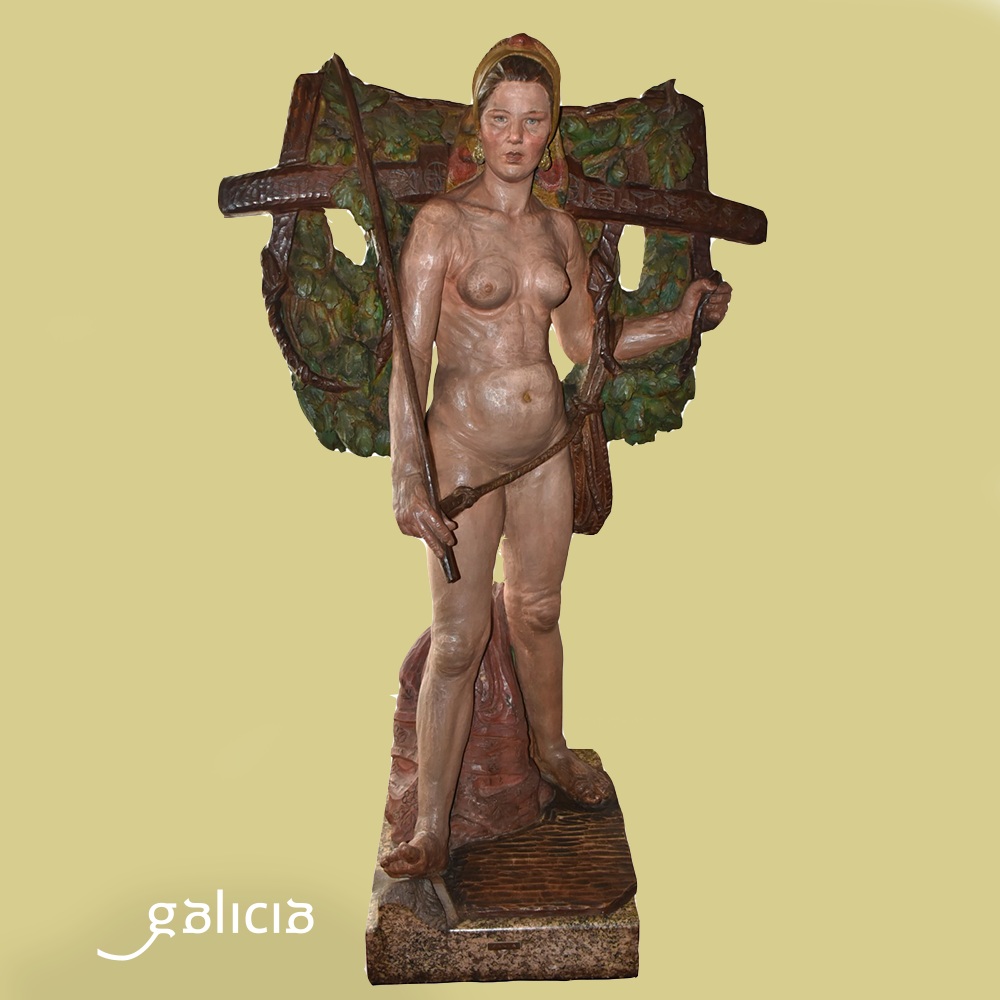 The legacy of the sculptor Francisco Asorey (Cambados, 1889-Santiago de Compostela, 1961) is still very present in Galicia thanks to the works that adorn localities and cities such as Lalín, Santiago de Compostela, Vigo, A Coruña or Ferrol in tribute to illustrious characters such as the pilot Joaquín Loriga, Curros Enriquez or José García Barbón. But some of his most emblematic creations had a rugged trajectory that took them away from this land and even kept them in oblivion for many years.

This is the case of “A Santa”, a polychrome wood sculpture with which Asorey participated in 1926 in the National Exhibition of Fine Arts in Madrid and was the object at that time of strong discussions for its original nature. The creator was inspired by the women of the Galician rural world to break the aesthetic canons and get away from the feminine ideal of the time, something that earned him much applause, but also criticism. The realism of the nude represented by Asorey, with the marks of hard agricultural work very present and elements such as the yoke that also invited a deeper reflection on the meaning of the work, were some of the reasons for a controversy that was spread by the press of the time. The division of opinions faced those who emphasized their realism and daring and described Asorey as an artist of exceptional faculties, with whom disqualified the aesthetic sense of the work.

Although it was not “A Santa” but a sculpture of San Francisco that allowed Asorey to get the first medal of that exhibition, the controversial piece aroused interest on the other side of the Atlantic. It was acquired by the House of Galicia of Montevideo and embarked from Vigo to America in 1951, continent in which it has remained until the present time. Now, almost 70 years after its departure, the transgressive sculpture is going to come back to Galicia and will do so thanks to an agreement reached by the Consellería de Cultura e Turismo and the House of Galicia of the Uruguayan capital.

“A Santa” will be one of the main pieces of “Galicia, a story of the world”, the first great exhibitions programmed by the Xunta on the occasion of Xacobeo 2021. This exhibition, curated by the journalist and disseminator Manuel Gago and who also has the advice of the historian Pilar Cagiao Vila and the collaboration of the Consello da Cultura Galega and the Secretaría Xeral de Emigración, will allow to contemplate in the Gaiás Center Museum more than 300 creations of great symbolic importance for Galicia. It will be inaugurated on November 14th and can be visited until April 12th, 2020.