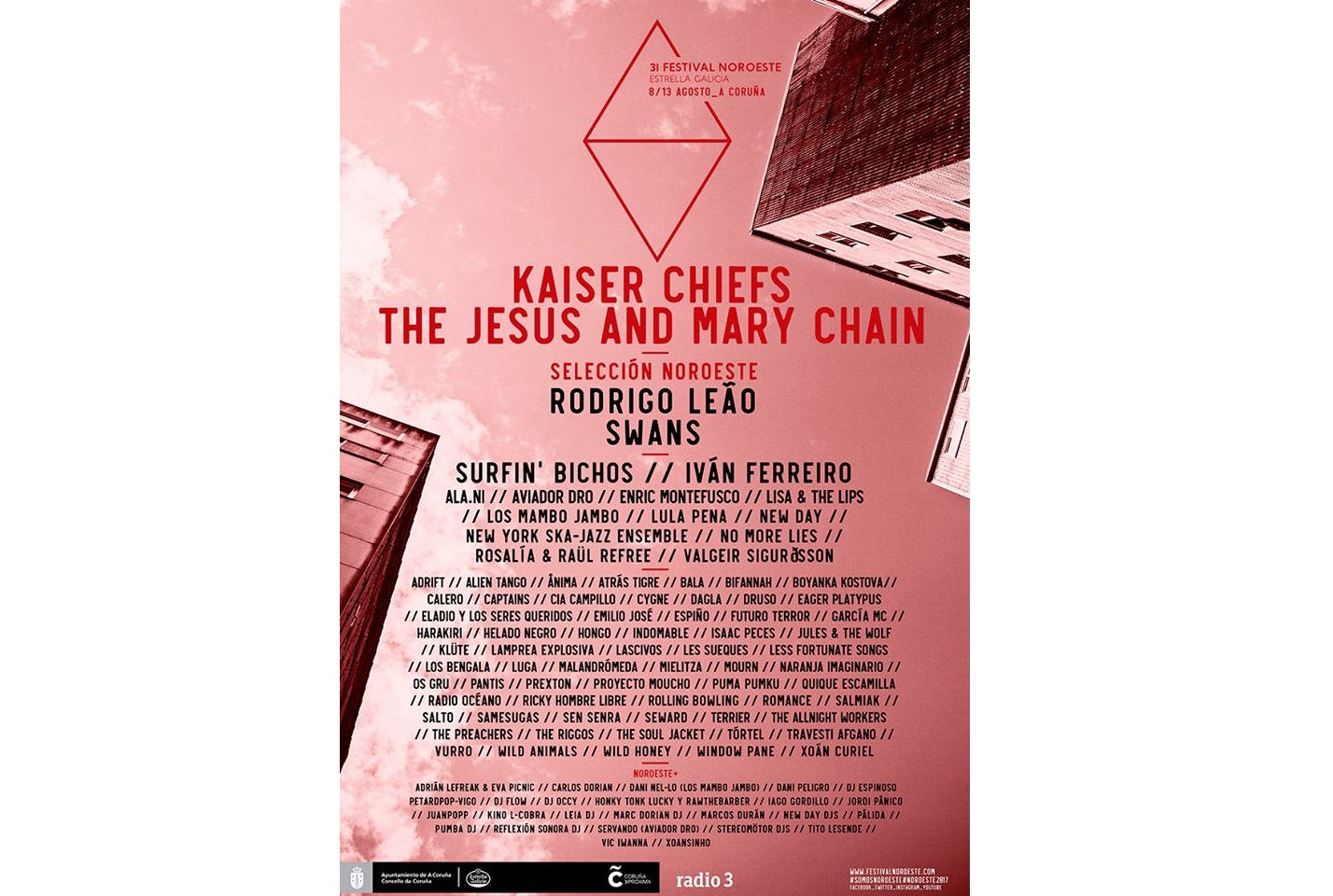 The month of August is known in A Coruña for the relevance and quality of its parties, which include a festival that every year brings together thousands and thousands of people: the Noroeste Estrella Galicia Festival.

Its origins go back to 1986, when, with the idea that the bands from A Coruña shared a line with renowned groups of the national scene, the first Noroeste Pop Rock Festival was celebrated. That year they congregate in front of the pavilion of Riazor more than 30.000 spectators, reason why the following year the formula was repeated. After an attempt in 1988 to locate in Plaza de María Pita, the most emblematic of the city, in 1989 the festival sits on Riazor beach. Thus, year after year, the Festival Noroeste is growing in adepts and relevance and its line-up  begins to open to international stars like The Cure, Status Quo, The Hives, Suede, Madness or Mika, arriving to gather in the beach more than 100.000 people per concert. In 2015 the festival takes a new leap to become a more open, dimensioned, contemporary and diverse event, giving rise to what is today the Noroeste Estrella Galicia Festival.

It is a musical event practically unique in Spain, due to the amount of concerts and artists that includes in its poster and that can be enjoyed totally free. It is the Town Hall itself that organizes this festival with the special collaboration of Estrella Galicia, taking the music to the street for several days and expanding it throughout the city: from Riazor Beach (main stage) to The Castle of San Antón, passing through different squares, museums, streets and parks.

In the Noroeste, and as its own organizers indicate, it is committed to rediscover in a close and sustainable way singular spaces, essential bands, vibrant direct and a unique city bathed by the Atlantic.

As for the line-up, we find music of different styles (pop, rock, swing, folk, psychedelia, garage, indie, jazz, electronics and even hardcore), bringing together almost a hundred artists and bands with international and state name who will share stage with emerging artists and new promises of the music scene, in their commitment to turn each edition into a showcase of Galician music. Some relevant names are Eladio y Los Seres Queridos, Ivan Ferreiro, Surfin’ Bichos, Swans, The Jesus & Mary Chain or the British Kaiser Chiefs.

So, for six days (between 8th and 13th August) more than one hundred concerts will be programmed in fifteen different stages, which means more than two hundred hours of music.

In addition, with this year’s edition, 31 years have already been filled with music in every corner of the city. If something has the Noroeste Estrella Galicia Festival, in addition to its undeniably attractive line-up, it is the incomparable setting in which their live shows will take place.

Will you miss this opportunity?