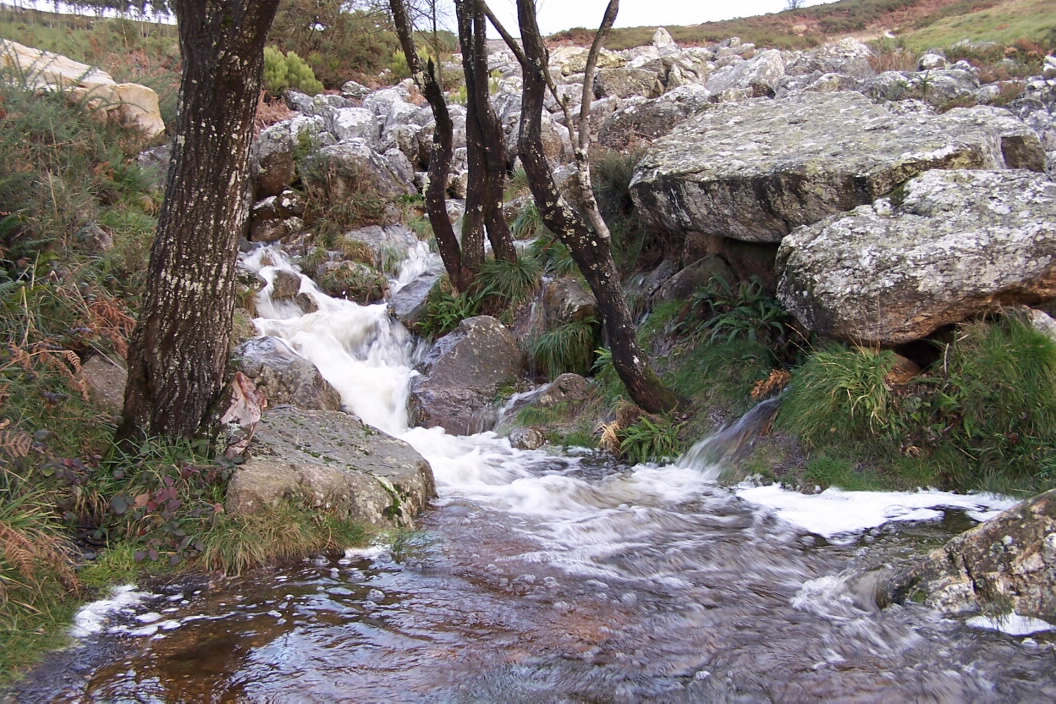 Who said, light Miño River
That you are born in Fumiñá
If besides Moterredondo
You’re already a grown kid?
…
And I know, too, that you have
Your crib further back,
Back in the Sierra de Meira,
From Irimia to Pedregal.
…
That’s why, because you’re “meirego”,
That’s why I love you more.
(Maybe your waters carry
My mother’s tears!)
RIO MIÑO. AVELINO DIAZ (1870-1961)

This is how the plaque that we find when we arrive at Pedregal de Irimia reads. This poem to the Miño River, by Avelino Díaz, reflects the controversy that for a long time existed between the municipalities of Meira and A Pastoriza about whether the birth of the Miño River was in the Fonmiñá lagoon, as it was believed, or a little higher, in the Pedregal de Irimia. Nowadays it is considered that the source of the main Galician river is under the stones of the Pedregal de Irimia, although from there it runs underground until it reappears, along with other sources, in the Fonmiñá lagoon.

Fonmiñá is an outcrop of deep waters that, as we commented, arise below the birth of the Miño River. Hundreds of small bubbles can be seen on its surface, representing the outlet of groundwater. Next to the lagoon, a recreational area has been conditioned from which you can take a simple route that accompanies the first kilometers of the river.

But if we want to see the real birth of our main river we must go to Pedregal de Irimia, a curious place of large stones around which there are numerous legends. Some, attribute the presence of so many stones to the beautiful witch Irimia, who threw them to prevent the monks, who wanted to evict her from the place by not paying the contribution, from drinking from the fountains that arose there (or to defend themselves from them according to other versions). Others attribute it to the devil himself, who was envious of the monks who inhabited there and that, in a stormy night, accompanied by his followers, showed up there to throw stones at them and destroy the beautiful place, but, before the prayers of the monks, they had to run away leaving the stones behind. In the choir of the monastery of Meira there is a chair on which this legend is illustrated. 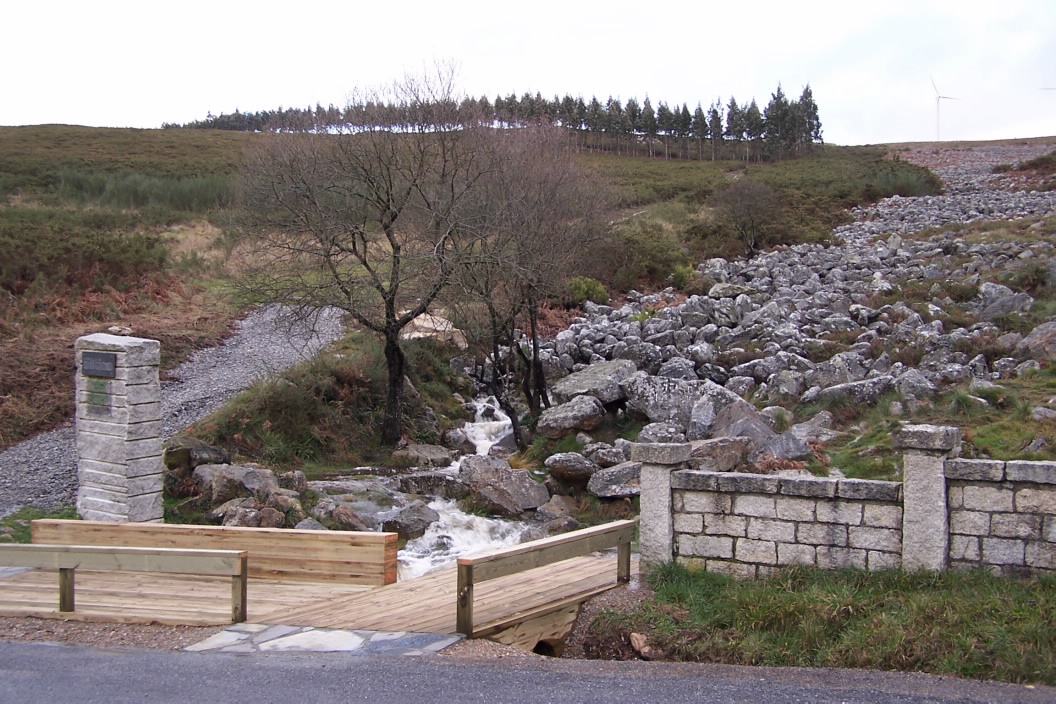 But beyond legends and sayings, the origin of the Pedregal is found in a glacial “morreda”, the stones were dragged and deposited naturally thousands of years ago by ice tongues. This river of stones descends 700 meters along the slope of the mountain range, forming a unique and spectacular scenery.

Under the stones there is a spring that cannot be seen but its murmur can be heard and today we know that it is the origin of the Miño River.