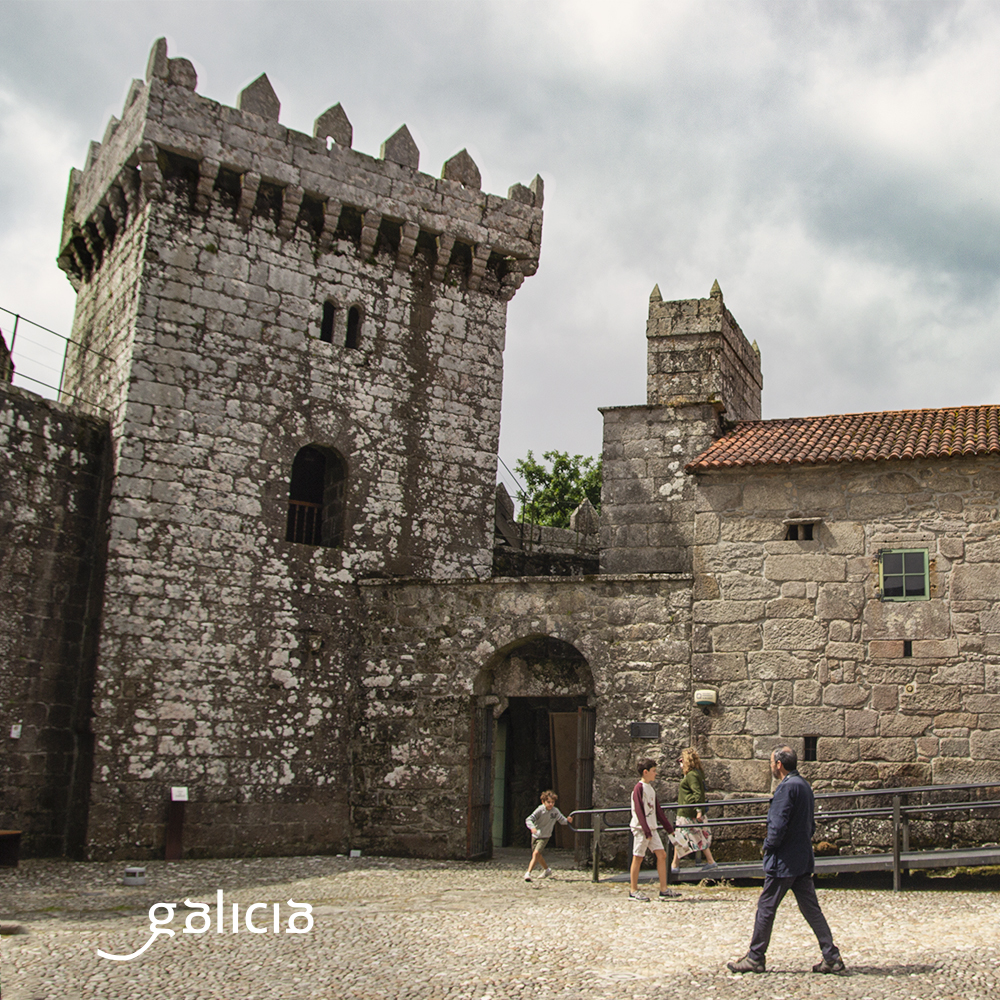 The struggles for power and the conflicts that occurred in different historical moments marked the future of the fortress that still presides over the access to the town of Vimianzo and welcomes visitors who enter a valley rich in heritage. Although there are no concrete records about the exact date on which the original structure was erected, everything indicates that it was in the twelfth and thirteenth centuries when members of the Mariño family built the castle to rule as lords, title granted by King Alfonso IX.

The current architecture of the fortress is very different from what it had as its first settlement, but the memory of the passage of time is still present among its old stone walls, which have recovered the activity of yesteryear thanks to several initiatives.

In the mid-fifteenth century, the Castle became the property of the Moscoso and became the scene of several historical episodes: the captivity of Bishop Alonso de Fonseca and, especially, the Irmandiña Revolt. The fortress of Vimianzo was one of those that were destroyed in the fight against the privileges and oppression of the feudal lords, although the failure of the revolt and subsequent repression also brought with it the reconstruction of the castle. Bishop Alonso de Fonseca himself ordered the reconstruction of the fortress again, which a few years later was again under the control of a member of the Moscoso family, named Count of Altamira.

In memory of that revolutionary episode, the Asalto ao Castelo has been celebrated every first Saturday of July for almost a quarter of a century, a celebration that has as its setting the environment of the fortress and that combines history, legend, gastronomy and music.

The current aspect of the Vimianzo Castle is the result of the various reforms undertaken throughout the centuries until the late nineteenth century and the restoration work carried out after several decades of abandonment in the twentieth century.

The nobleman and poet Evaristo Martelo (1853-1928) was one of its last inhabitants and is currently the protagonist of the theatrical visits that the Council periodically organizes to the fortress. In addition, whoever enters between its walls will be able to contemplate the work (linen, lace, leather, silver, basketry, mud) of the creators of the Mostra de Artesanía ao Vivo and verify that the fortress continues to write its own history.

More information about the activities in the Castle, here.